You are here: Home / Archives for role model 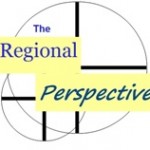 Tariq Saeedi Ashgabat, 14 March 2012 (nCa) — The Japanese embassy in Turkmenistan hosted Tuesday a solemn and majestic event to mark the first anniversary of the triple disaster that struck Japan in March 2011. Mitsuru Horiguchi, the charge d’affaires of Japan in Ashgabat, said that it was the first time in the history of […]