You are here: Home / Archives for care 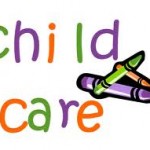 BRUSSELS, 28 June, 2011: Two UN organisations have called on governments in Europe and Central Asia to put an immediate end to the practice of placing young children into State-run infant homes. Following the release of two new reports which document violations and abuses of children in state-run homes, OHCHR and UNICEF today launched a […]