The Turkmen delegation headed by Deputy Prime Minister Esenmyrat Orazgeldiyev paid a working visit to Uzbekistan on 13-14 September 2021. In Tashkent the delegation was received by the President of Uzbekistan Shavkat Mirziyoyev, attended the sessions of the intergovernmental commission on trade, economic, scientific, technical, cultural and humanitarian cooperation, the joint commission on water management issues. They also toured the production sites of industrial group “Texnopark”.

Meeting of the joint commission

The meeting of the intergovernmental commission on trade, economic, scientific, technical, cultural and humanitarian cooperation was co-chaired by Deputy Prime Minister Orazgeldiyev and Deputy Prime Minister, minister of investment and foreign trade of Uzbekistan Sardor Umurzakov. 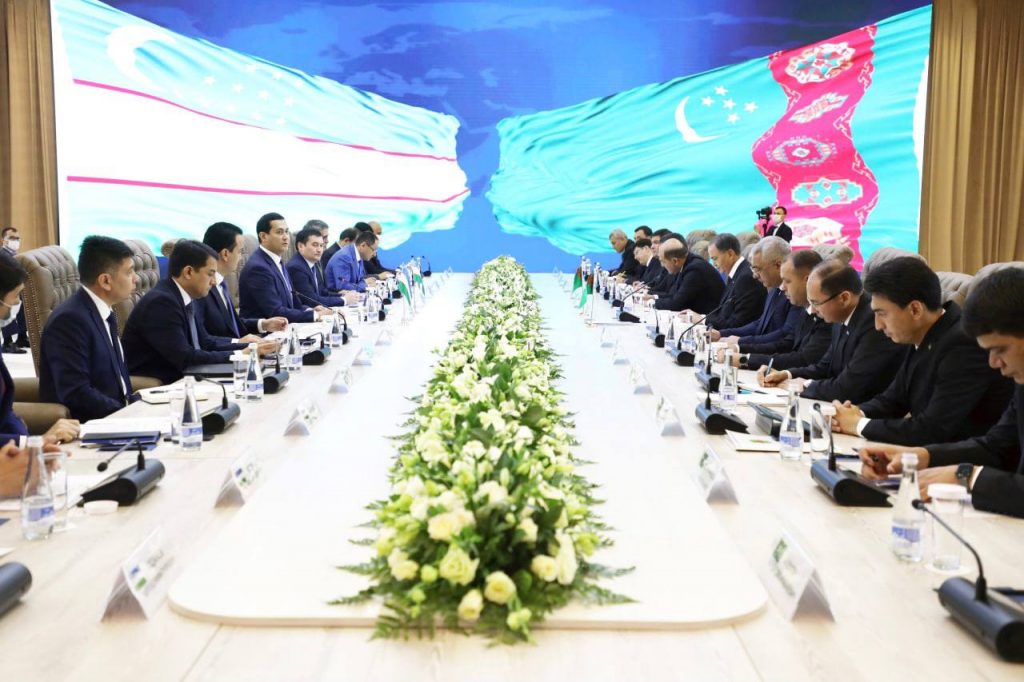 The agenda of the meeting captured a wide range of issues of cooperation in investment, trade and economic, industrial, energy, agricultural, water management, science and technology, transport and transit, cultural and humanitarian spheres.

The parties stressed the need for the development of industrial cooperation and the formation of continuous value chains, taking into account the strengths and advantages of the economies of the two countries.

The parties outlined further joint actions to promote mutual trade. These include ensuring stable mutual supplies of products of Uzbek and Turkmen products and bringing the trade turnover to US $ 1 billion.

At the moment, there are 160 enterprises with the participation of Turkmen capital operating in Uzbekistan, and the volume of trade turnover between the two countries grew by 20% in the first half of this year compared to the same period last year.

A joint working group at the level of deputy ministers of foreign trade departments of the two countries will work out proposals on trade expansion.

Moreover, the sides agreed to finalized the draft Agreement on the creation and regulation of the activities of the Uzbek-Turkmen border trade zone.

Connectivity and transport became another important topic of the gathering. The parties decided to take joint measures for the further development of transport corridors, gradual resumption of air flights, introduction of mutual tariff preferences for 2022. The prospects for using the infrastructure of the Turkmenbashi seaport and other initiatives were discussed.

The joint commission reached a number of important agreements on further cooperation in the fields of energy, the oil and gas sector, the chemical and automotive industries, agriculture and water management, ecology, science, education, sports and tourism.

The session concluded with the signing of protocol.

During the meeting, the parties discussed the preparations for the upcoming official visit of the President of Turkmenistan to Uzbekistan. 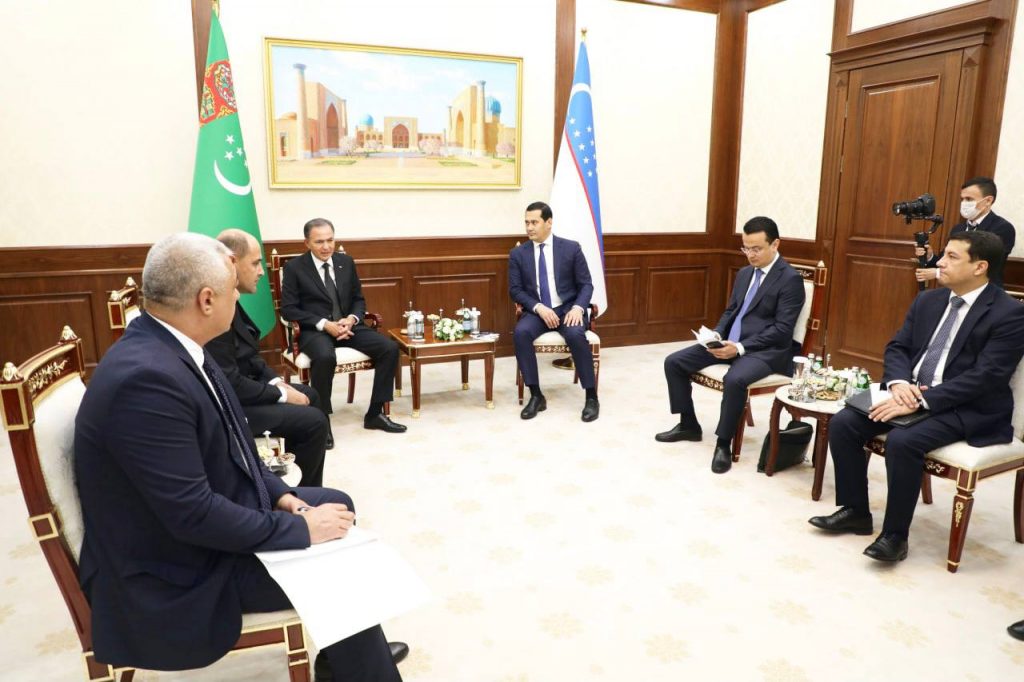 It was agreed to organize an Uzbek-Turkmen business forum on the eve of the summit talks in Tashkent. A package of proposals for the implem