The delegation led by the Deputy Prime Minister of Turkmenistan for Trade Batyr Atdayev was received by President of Azerbaijan Ilham Aliyev on Tuesday, 29 November.

During the meeting, the sides hailed the development of Azerbaijan-Turkmenistan bilateral relations and exchanged views on the issues of energy, transport, logistics and mutual supply of goods. 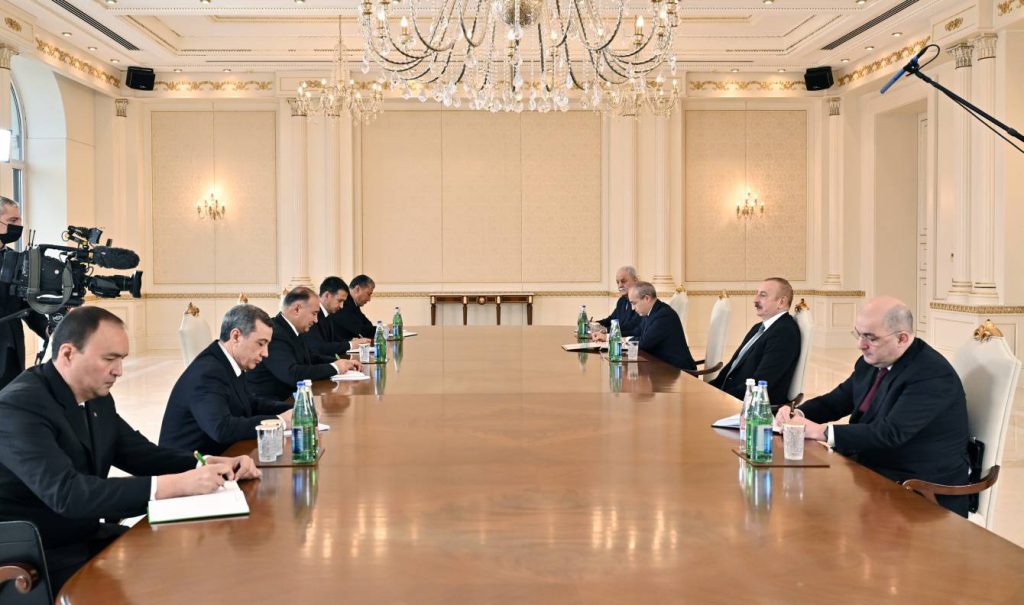 They noted the growth of trade turnover between Azerbaijan and Turkmenistan.

The sides also discussed opportunities for cooperation in shipbuilding, ship repair and other industrial sectors. 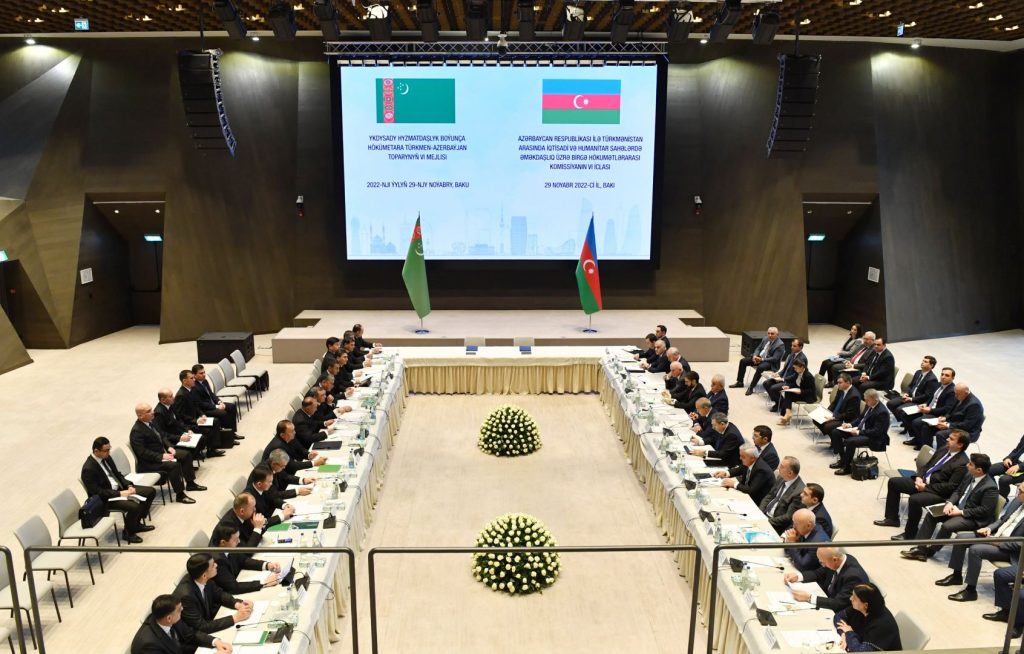 The same day Atdayev co-chaired with the minister of economy of Azerbaijan Mikayil Jabbarov the meeting of the Joint Intergovernmental Commission on Economic and Humanitarian Cooperation between Azerbaijan and Turkmenistan.

The session discussed prospects of expanding the economic-trade relations between two countries and agreed to join efforts on partnership in the fields of trade, energy, transport, agriculture and others. ///nCa, 29 November 2022