You are here: Home / Archives for Gas 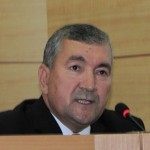 Ashgabat, 1 June 2011 (nCa) — The Turkmen oil and gas minister, Bairamgeldy Nedirov, addressed Tuesday a press conference attended by the foreign journalists accredited in Turkmenistan. After some brief remarks, he took a few questions from the journalists. The foreign office spokesman said that such media encounters with top officials would be arranged on […] 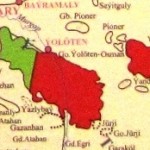 Ashgabat, 30 May 2011 (nCa) — It is expected that the British audit firm Gaffney, Cline and Associates will certify that the Osman-Yoloton gas field of Turkmenistan has 23 trillion cubic meters (tcm) of in place gas reserves. This information is from a reliable source but there is no way to confirm it until the […] 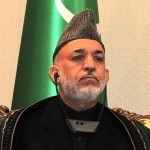 nCa Report Ashgabat, 29 May 2011 (nCa) — President Hamid Karzai of Afghanistan is on official visit to Turkmenistan, 28-29 May 2011. On the first day of his visit the presidents of both the countries held tête-à-tête for more than three hours. Five bilateral documents and a joint communiqué were signed on completion of expanded […]

nCa Report Avaza, 26 May 2011 (nCa) — The second Gas Congress of Turkmenistan started Wednesday at Avaza, the national tourist zone of Turkmenistan at the Caspian coast. Some key declarations were made on the first day of the 2-day event. They connect with two other developments that took place elsewhere simultaneously. The British […]