You are here: Home / Articles And Reports / Foreign Minister of Korea met with Central Asian ambassadors

Korean foreign minister Park Jin had a meeting with the Ambassadors of the five Central Asian countries to Korea on Wednesday, 22 June.

He congratulated ambassadors of Turkmenistan, Kazakhstan, Uzbekistan, Tajikistan and Kyrgyzstan on the 30th anniversary of the establishment of diplomatic relations between Korea and the Central Asian countries. 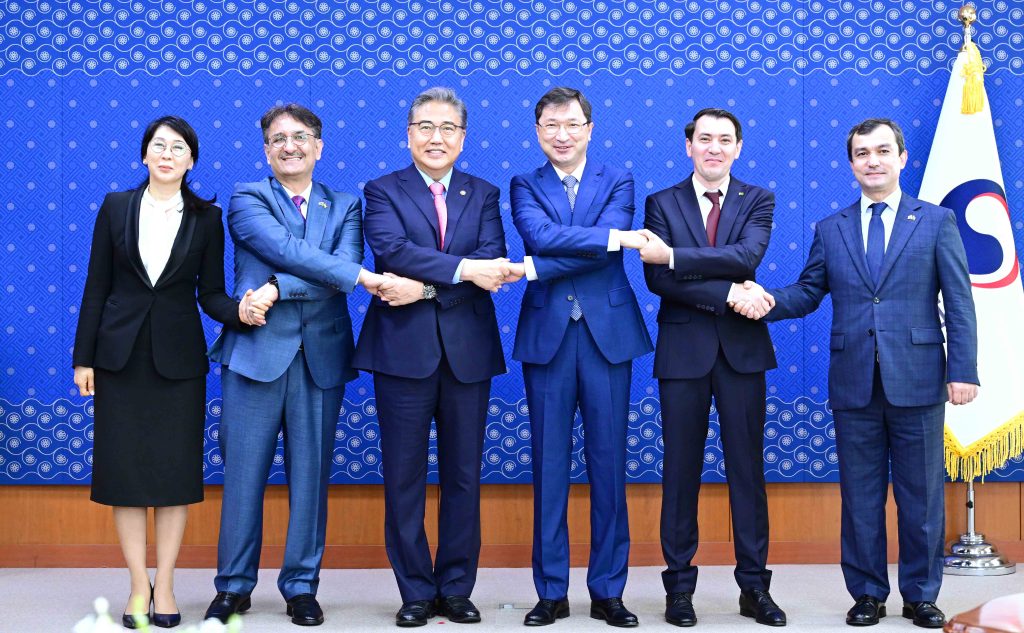 Park Jin shared the Korean government’s foreign policy objective focused on Central Asia and discussed with the diplomats the ways to step up cooperation between Korea and the region.

Minister Park said that Korea, as a global player contributing to freedom, peace, and prosperity, would like to strengthen the cooperation with Central Asian nations.

He stressed the need to expand high-level exchanges, which have played a key role in promoting Korea-Central Asia relations, and make further efforts to promote mutual understanding and friendship between Korea and the region.

In addition, Park Jin expressed hope for development cooperation projects that can contribute to enhancing the quality of life of the people as well as mutually beneficial cooperation projects in such areas as energy, infrastructure, health, medical care, education, and e-government, and economic security, climate change and food security.

The ambassadors expressed their appreciation for the importance of cooperation with the government of the Republic of Korea.

Minister Park praised the role of the Korea-Central Asia Cooperation Forum, which has been held every year since 2007 with the comprehensive participation of not only the government but also the business community, academia, and cultural circles and has become a channel for discovering and promoting public-private joint cooperation projects.

The Ministry of Foreign Affairs plans to continue closely communicating with the Central Asian countries and strengthening cooperative networks for co-prosperity between Korea and the region. ///nCa, 22 June 2022 (photo source – MOFA Republic of Korea)