Warning: This article carries graphic images some may find distressing

Ashgabat, 7 September 2015 (nCa) — Bawling our eyes out and shaming Europe into accepting more migrants may seem like the right way to show our misplaced remorse and belated love for Aylan.

As if our tears and hysterics would somehow undo or at least atone for what was started by our own follies and finished by the force of nature on that dark and fateful night. As if this outburst will magically grant us the license to continue with our wretched, visionless, and egocentric existence.

Aylan is forever. This little toddler weighs heavily on the world conscience. He was just three, barely able to string together complete sentences, but death has given him supreme eloquence.

His delicate, tiny body, washed by the surf and delivered to the shore, has caused shockwaves around the world and sent powerful messages in all directions. One such message is for Central Asia, and we will come to that later. First, let’s make a full circle around Aylan; the 360 vision.

In this age of social media, and the smartphone as the core of our being, our sense of right and wrong doesn’t kick in without a picture or a tweet. Had Niloufer Demir not been there to click those pictures, the world would have gone by in its wretched stupor. There have been many Aylans before this one and there would, God forbid, be many more after him.

We will mourn Aylan for a day or two, possibly a week, and then the screens of our smartphones will throw a distraction at us. Meanwhile, all the other Aylans will keep streaming namelessly, anonymously, out of their lands, risking the same fate, in search of safety and a better life. 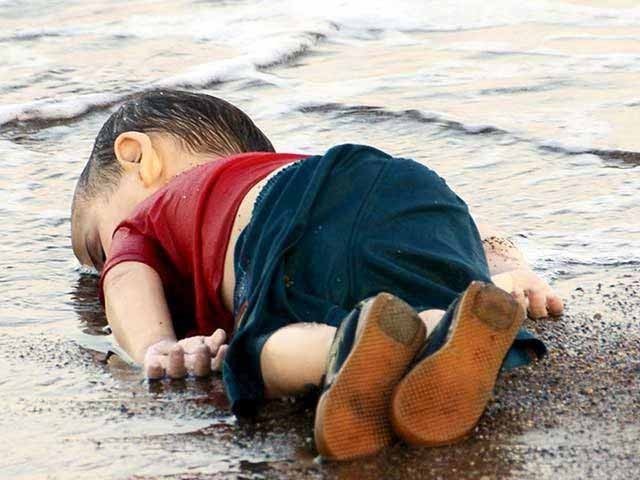 The world has shamed Europe into accepting more migrants, and the thinking among the European leadership and people also currently runs along these lines: let’s give them shelter and opportunity. — Everyone from the UN Secretary General down to obscure bloggers is saying pretty much the same thing.

Yes, this must be done by all means but this is hardly the solution. It can at best be an interim measure — we have still not seen the tail end of this immense wave of migrants.

As a matter of fact, absorbing more refugees into Europe will just feed the vicious cycle.

How many refugees can Europe take without disturbing its societal harmony, way of life, living standards, and the demographic balance?

Germany is already committed to take 800000 migrants, which comes to about 1% of its total population. This is a giant and courageous step. Chancellor Merkel, who is currently leading the call of compassion and humanity in Europe, has said that there is no legal limit on how many refugees can be received.

Several other European countries, including the UK, have promised to take more migrants with different degrees of enthusiasm.

In our quest to gain a 360 vision of Aylan story, let’s first acknowledge that despite its warts and pockmarks, Europe has a proven track record of absorbing migrants, giving them instant higher standard of living and affording them the opportunity to rise within the system. In many European countries the first and second generation migrants are mayors of cities and towns, leading industrialists and academics, showbiz celebrities and well-known media persons.

But, and it is a BIG BUT, not everyone wants to get absorbed into their adopted country and culture. Some of them want to reshape the environment to their liking. This is the concern that Hungary has raised when faced with the question of accepting migrants now.

The number of migrants absorbed into Europe at this stage will certainly alter the texture of the European societies in varying degrees. By nature and inclination, the new migrants will tend to settle down in the cities and towns where they find the people similar to them. This, down a generation or two, will create bumps that will collide with the rising right wing out there.

We don’t mean to say that Europe doesn’t share any responsibility in this refugee crisis. However, in order to assign the extent of responsibility, we need to discard the collective use of Europe as an entity and treat each country in proportion to the role it played in smashing the lands from where the waves of refugees are gushing out.

If accepting refugees is part of the cost of destroying those countries, then the USA should accept the maximum number of migrants.

The migrants, whether they are refugees, asylum seekers or whatever, are coming mainly from Syria, Iraq, Afghanistan and Libya. These are the countries where the US-led coalitions systematically destroyed most of the infrastructure, ensuring that for decades to come these countries will not have adequate employment opportunities even to sustain the bare minimum standard of living across the population. This was done deliberately, with arrogance and in-your-face attitude.

If the United Nations is serious in its concern about refugees, it needs to study as to what percentage of destruction was caused by the USA, UK, France and other ‘allies’ and assign the proportional number of migrants to each country. This will be only a fraction of the compensation that Iraq, Syria, Afghanistan and Libya deserve under the principles that were established after the WWII. — You broke it, you repair it.

Nevertheless, the fresh waves of refugees will keep springing out until we find a way to shut the spigot off.

Forcing Europe to keep accepting more and more refugees is not the solution. The only ultimate solution is to make their countries livable for these migrants. The troubled soil of Kobane accepted Aylan in death; why couldn’t it nurture and love him in life? That is the real question.

The UN Security Council, the malignant organism that considers the start of wars as its sole business, needs to snap out of its power-intoxicated state and do something before it is too late – and there is not far to go in that direction.

Libya is a patchwork of lawless voids, Afghanistan is lot worse than it ever was when the Soviets arrived in 1978, Iraq is just a step away from becoming a failed state, and Syria is generating refugees faster than the world can absorb. — This is your report card, UN Security Council! From now on, Aylan will always be on the centre of the floor in all of your sham debates, your odious schemes of starting yet another war. You cannot wish him away; it is you that must go away.

Honesty is a bed of thorns.

Truth is the sharp dagger that tears through our cloak of hypocrisy.

The countries that are relentlessly arming and funding the insurgency, need to answer as to how many refugees they have taken? The people who created the monster that was presented as moderate resistance but morphed into ISIS, need to declare as to what pills they take for peaceful sleep in the night?

History is yet to be written.

Aylan is not just a footnote in history; he is a whole new chapter, a chapter that will separate right from wrong and put the permanent garland of shame around the collective necks of those who participated in his assassination, for this is not an accident, it is elaborately engineered assassination.

And, now we must turn to Aylan’s message to Central Asia.

The loud and clear message of Aylan to Central Asia is: Your lands are chessboard; your people are pawns. — If you don’t comprehend it today, your Aylans could be washing up on distant shores tomorrow.

Yes, Aylan is right. — Brzezinski had told us already that the region was a Grand Chessboard.

To avoid being played as pawns on this chessboard, the Central Asia needs to ensure the following:

The region must understand once and for all that:

Safeguard your Aylans before it is too late; this is the parting message of Aylan Kurdi. 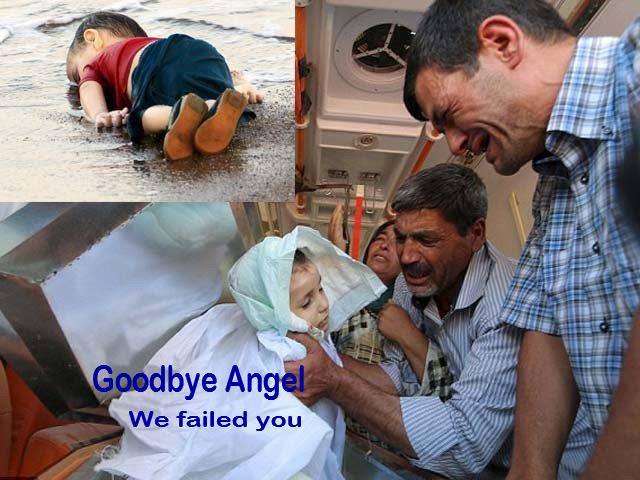