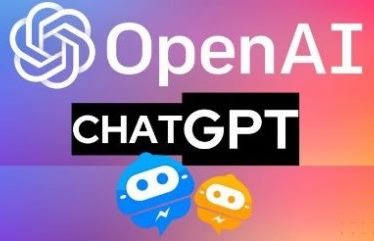 In less than two months of its public debut, ChatGPT has sent shivers down the spine of Google. The New York Times states that Google founders, Page and Brin, have been brought hastily back to Google by Sundar Pichai, the company’s current CEO, after OpenAI’s ChatGPT raised a code red.

Here we need to look at two questions:

How can Central Asia make the best use of ChatGPT?

As we try to understand ChatGPT, we will come across certain new tech terms that we will need to keep in mind.

As we know, AI stands for Artificial Intelligence.

When we talk of AI, one of the first companies that come to mind is OpenAI — https://openai.com/about/

OpenAI describes itself as an AI research and deployment company, committed to ensure that artificial general intelligence benefits all of humanity.

They refer to artificial general intelligence by its acronym – AGI.

ChatGPT is a long-form question-answering AI introduced by OpenAI Inc., the non-profit parent company of the for-profit OpenAI LP, based in San Francisco. Its CEO is Sam Altman, previously the president of Y Combinator.

It is trained to learn what humans mean when they ask a question. It has the ability to provide human-quality responses, inspiring the feeling that it may eventually have the power to disrupt how humans interact with computers and change how information is retrieved.

The large language models (LLMs) such as ChatGPT try to predict the next word in a series of words. According to an article published by SEJ (Search Engine Journal), “Reinforcement Learning with Human Feedback (RLHF) is an additional layer of training that uses human feedback to help ChatGPT learn the ability to follow directions and generate responses that are satisfactory to humans.”

OpenAI had already come a long way even before making ChatGPT public. Microsoft is its partner and investor in the amount of $1 billion dollars. They jointly developed the Azure AI Platform.

ChatGPT is a large language model (LLM). Large Language Models (LLMs) are trained with massive amounts of data to accurately predict what word comes next in a sentence. The experience so far shows that increasing the amount of data increased the ability of the language models to do more.

LLMs predict the next word in a series of words in a sentence and the next sentences – kind of like autocomplete, but at a mind-bending scale. This ability allows them to write paragraphs and entire pages of content.

LLMs on their own will not fully understand exactly what a human wants. That is where ChatGPT improves on state of the art, with the Reinforcement Learning with Human Feedback (RLHF) training.

What sets ChatGPT apart from a simple chatbot is that it was specifically trained to understand the human intent in a question and provide helpful, truthful, and harmless answers.

Because of that training, ChatGPT may challenge certain questions and discard parts of the question that don’t make sense.

More details can be found in the article written by Roger Montti for SEJ:

The language models, with their human-like capacity to understand and answer questions can directly challenge Google and other search engines. They are still not there but with the speed of their learning, they are not very far either.

Google has already created its AI chatbot called LaMDA. As it is, LaMDA is no match for ChatGPT.

According to the SEJ article, some on Twitter are already declaring that ChatGPT will be the next Google.

ChatGPT is the new Google.

The scenario that a question-and-answer chatbot may one day replace Google is frightening to those who make a living as search marketing professionals.

The large language models of AI, on their own or in a hybrid form, may not only attempt to provide a better alternative to the current search engine but open ways for almost any kind of application.

ChatGPT can write code, poems, songs, and even short stories in the style of a specific author. The expertise in following directions elevates ChatGPT from an information source to a tool that can be asked to accomplish a task.

From writing an article on any topic to developing and offering its own next-tier capabilities, ChatGPT can provide a response for virtually any task that can be answered with written text.

Another article at SEJ confirms the contentions of the article written by Roger Montti.

Matt G. Southern writes that Google is on high alert because ChatGPT may provide an alternative way of searching for information.

He says that various startups such as You.com and Neeva have already overtaken Google by providing the ability to answer queries through a chatbot similar to ChatGPT.

Additionally, Microsoft is developing a version of Bing that utilizes chatbot technology, which is expected to be released in March, per a report.

The tech-savvy users are receptive. Within the first five days of its launch, ChatGPT registered more than one million users.

To try ChatGPT for yourself, please go this link:

There are endless ways Central Asia can use the capabilities of ChatGPT.

The IT experts in Central Asia can go to ChatGPT and ask it to develop apps for any of their requirements. This is one of the things ChatGPT can do with a fair degree of competence.

Actually, at this stage it is not possible to envision all the possibilities ChatGPT holds.

Central Asia would need to be ambitious to tap into the real possibilities of ChatGPT.

For this, one logical way is for the academies of sciences of the region and their affiliate institutions to join hands and start talking to ChatGPT.

The thing to remember is that you are talking to a system that has immense knowledge, knows more words than you, and knows how to string together those words to form a coherent account. In other words, it can understand your questions and can come up with intelligent answers.

Of course, it can make mistakes too but it learns fast and avoids making the same mistake twice.

The experts in Central Asia should be able to harness the potential of ChatGPT. Together with this, there is the need to take steps to ensure that the students and the general public are familiar with ChatGPT and the ways to use it.