On Thursday, 23 June 2022, an international scientific conference on environmental aspects in the production of hydrocarbon resources was held in Ashgabat in hybrid format.

The Forum was organized by the State Concerns “Türkmengaz” and “Türkmennebit” in partnership with the company “Turkmen Forum” and the British company GaffneyCline. The event brought together more than 100 delegates.

The environmental issues and the reduction of emissions from the development of hydrocarbon resources are one of the most pressing areas of concern for the international community, because the environmental safety is interlinked with other related areas such as the green economy, food security. 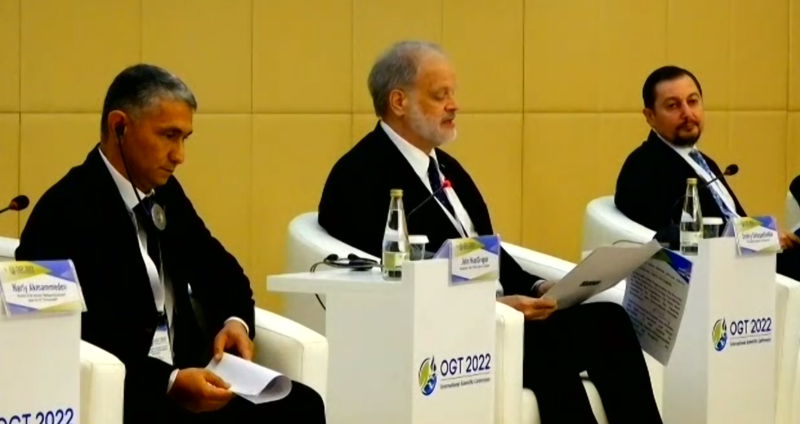 Today, methane accounts for about 30% of the global temperature rise. Curbing these emissions is the most effective means available for limiting global warming in the near term. Fossil fuel operations produced nearly 120 million tons of methane in 2020, which is almost one-third of all methane emissions from human activity.

Turkmenistan’s hydrocarbon wealth is estimated at more than 71 billion tons of oil equivalent, including more than 20 billion tons of oil and over 50 trillion cubic meters of natural gas, thus the country sits on the fourth largest oil and gas resources in the world. The country, implementing any hydrocarbon project – both downstream and upstream – persistently emphasizes the requirement that the project meets strict environment safety criteria. Turkmenistan is intensifying its partnership with foreign companies aimed at building up the innovative and technological potential in the field of oil and gas production. 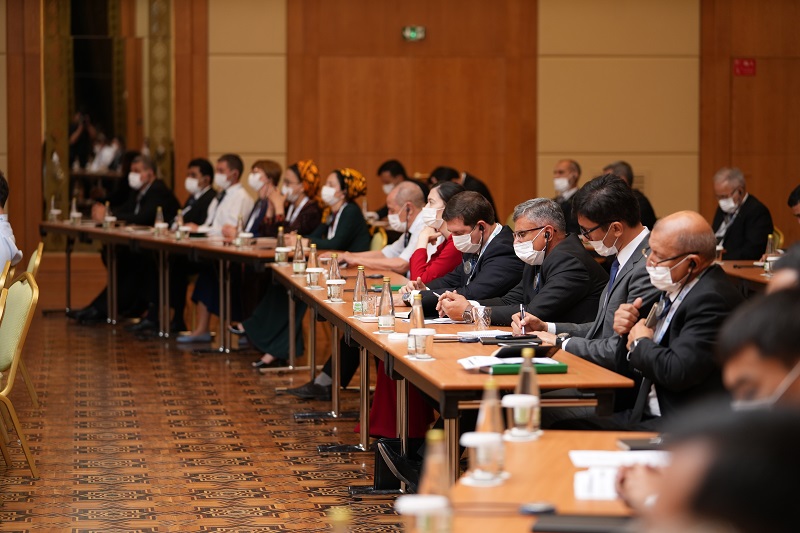 And the potential in this area is far from being exhausted. As Dmitry Shlapachenko, UN Resident for Turkmenistan, noted in his remarks, it is possible to reduce methane emissions in Turkmenistan by almost 75%, and more than half of this volume will not require any net costs.

And even if we talk about the financial aspect of such ambitious tasks, then certain opportunities emerge there. The World Bank asserts that in order to achieve the declared goals to reduce greenhouse gas emissions, the volume of global investments may exceed US $ 275 trillion and the economy of Turkmenistan can claim part of this funding. This was stated by Igor Zgurov, Board member of the company “Yug-Neftegaz Private Limited”. 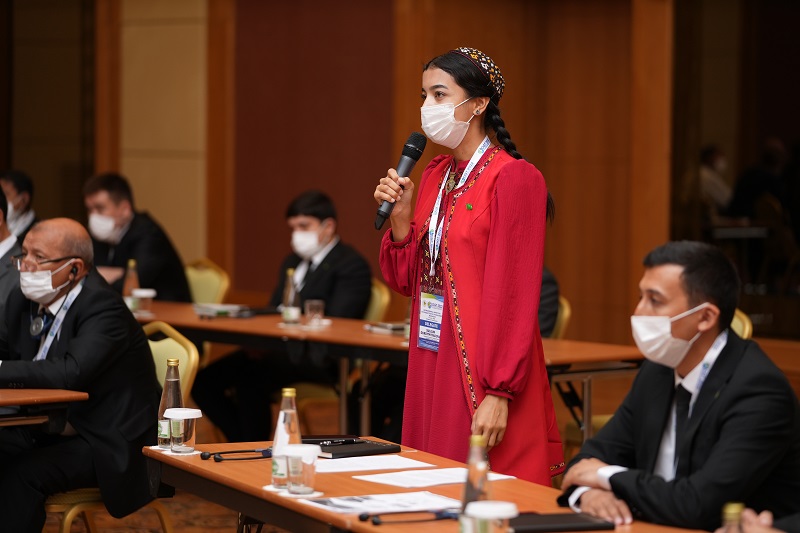 “Turkmenistan, as a country with a great potential for adopting modernization projects and implementing projects to reduce greenhouse gas emissions in the oil and gas sector, has a unique opportunity not only to take an active part in the carbon market, but also to involve in the formation of rules and procedures that will correspond to the technical and technological features of the oil and gas sector in the region”, he stressed.

According to Zgurov, his company has already witnessed achievements of Turkmenistan over decades of independence in the oil and gas sector to reduce greenhouse gases. In many respects, such positive assessments are due to the radical re-equipment of the fuel and energy sector.  “The key opportunities for reducing greenhouse gases that we see today are the modernization of technological equipment during the extraction, storage, transportation of hydrocarbons, which leads to a reduction in methane emissions, the useful utilization of associated gas at the production stages, the collection and utilizing associated gas flared today”, he said.

Obviously, the tasks of reducing harmful emissions from hydrocarbon operations actualize the need for  international consulting assistance in this area. The head of the International Methane Emission Observatory Manfredi Caltagirone told about the opportunities of collaboration with Turkmenistan. Such interaction can be carried out, for example, through the delivery virtual trainings series, which will be part of the country’s support for the inclusion of methane emission reduction targets in national climate strategies and plans. Another available tool is providing technical guidance on methane quantification, reporting, partnership in scientific studies. Improved reporting will help to identify key sources for mitigation action. 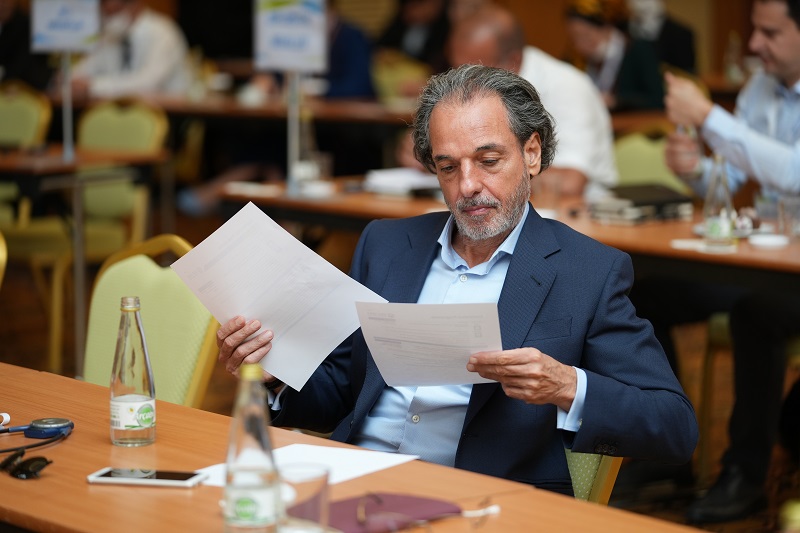 According to the President of the Society of Petroleum Engineers (SPE) Kamel Ben-Naceur, Turkmenistan has a huge potential to become a supplier of hydrogen, and there is essential advantage in the proximity of the country to several major demand markets such as China, the Far East, India, Central Asia, Europe. These markets will present significant opportunities for expanding hydrogen production in the framework of future projects in Turkmenistan. 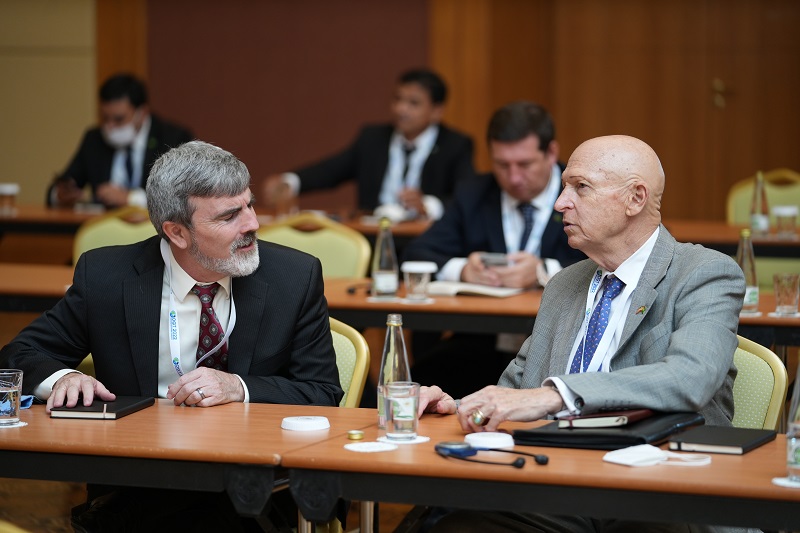 The conference featured new drivers available to promote clean energy. The forum participants expressed hope that such environment-oriented events could become a good tradition in the future to outline clear recommendations and plans. ///nCa, 24 June 2022, (nCa is a media partner of the conference “Environmental aspects in the production of hydrocarbon resources”)