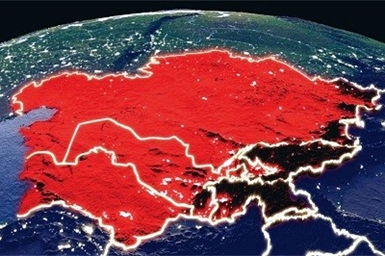 Today, more and more countries are paying attention to deepening integration processes with their neighbors. This is especially evident within the regions. There is an increase in the so-called regionalization. Regionalization is a response of countries to external conditions, a potential to strengthen their positions on the global market and address existing intraregional challenges collaboratively.

These processes are also relevant for the countries of Central Asia (CA). At the same time, regionalization in Central Asia is a natural process that results from factors other than economic interests and outside shocks. The countries of the region are based on the identity of culture and history, as well as their interpenetration in the territories of all countries.

Experts of the Institute of Forecasting and Macroeconomic Research (IFMR) under the Ministry of Economic Development and Poverty Reduction of Uzbekistan calculated the level of strengthening of intraregional socio-economic relationships of Central Asian countries based on the Index of Cooperation.

The key findings of the research:

As for integration processes and cooperation between countries, first of all, trade turnover between countries or the implementation of joint projects is usually considered. However, all these indicators individually cannot fully reflect the level of intraregional cooperation.

To do this, IFMR calculated the Index of Cooperation in Central Asia. The calculation of this index is based on such indicators as trade turnover, investment flows, the cost of trade, tourist and migration flows. The combined analysis of these indicators allows to assess the degree of socio-economic integration.

The index is calculated in the data for 2017-2021. If there are no data for a certain year for some countries, the latest available data were used.

Thus, the analysis revealed that the value of the Index of Cooperation of the Central Asian countries increased 1.3 times from 28% to 38% during the study period.

The next indicator is the cost of trading. It reflects the level of possible costs (transport, customs, etc.) that an entrepreneur will incur by exporting products to a particular country. Most of these costs are mainly transportation costs.

Thus, the share of intraregional trade value in relation to other trading partners remained unchanged (an increase of 1.04 times). This is due to the fact that the Central Asian region pursues an active policy on the development of transport infrastructure both inside and outside the region – the construction of transport and transit corridors for trade with European and Asian countries.

Thus, while cooperation between Central Asian countries has risen greatly in recent years, it remains insufficient. To increase it, the region’s countries need to take the following measures:

Also, the implementation of such strategic documents as the Treaty on Friendship, Good-Neighborliness and Cooperation for the Development of Central Asia in the XXI Century, the Roadmap for the Development of Regional Cooperation for 2022-2024, the Concept of Interaction of Central Asian States within Multilateral Formats and others will further strengthen intraregional socio-economic cooperation.

At the same time, it should be underlined that the major purpose of this collaboration is joint development, solving regional challenges, and enhancing the status of Central Asia on the global arena, as well as improving population welfare and raising the standard of life in the region. ///nCa, 24 January 2023

Link to the original article: https://ifmr.uz/publications/articles-and-abstracts/evaluation_cooperation