UNESCO has included the ‘Dutar making craftsmanship and traditional music performing art combined with singing’ in the Representative List of Intangible Cultural Heritage of Humanity.

In a meeting conducted online by President Berdimuhamedov on Monday, 31 January 2022, the  DPM for foreign affairs of Turkmenistan, Rashid Meredov reported that during the 16th session of the Intergovernmental Committee for the Safeguarding of the Intangible Cultural Heritage of UNESCO, held in Paris on December 13-18, 2021, it was unanimously decided to include the craft of making dutar, and performing bakhshi musical art on it in the UNESCO Representative List of the Intangible Cultural Heritage of Humanity. He said that the original certificate of recognition was received from UNESCO on 30 January 2022. 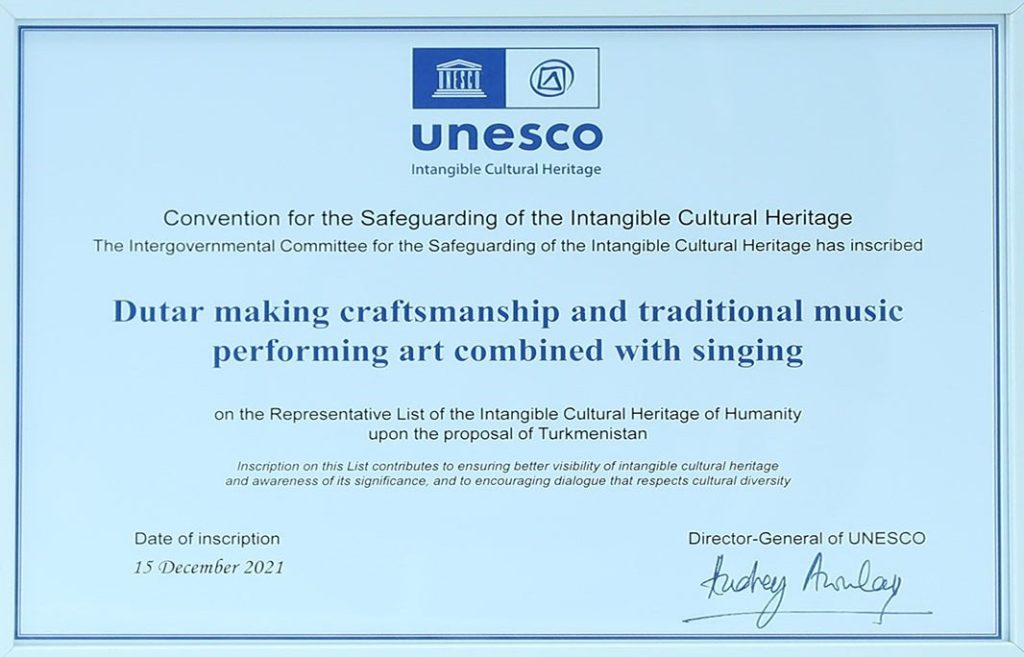 The president congratulated the participants of the meeting and the nation on this happy occasion. He said that events should be held at the national and provincial level, at the educational establishments, public organizations and other places to celebrate this important milestone.

He said that master craftsmen making dutar and the bakhshi artists (the artists singing in accompaniment of dutar music) should be encouraged in every possible way including by awarding them titles and prizes.

President Gurbanguly Berdimuhamedov also noted the need to cooperate with UNESCO on a systematic basis, that is, based on the Joint Action Plan of Turkmenistan and this UN specialized agency for 2021-2023. 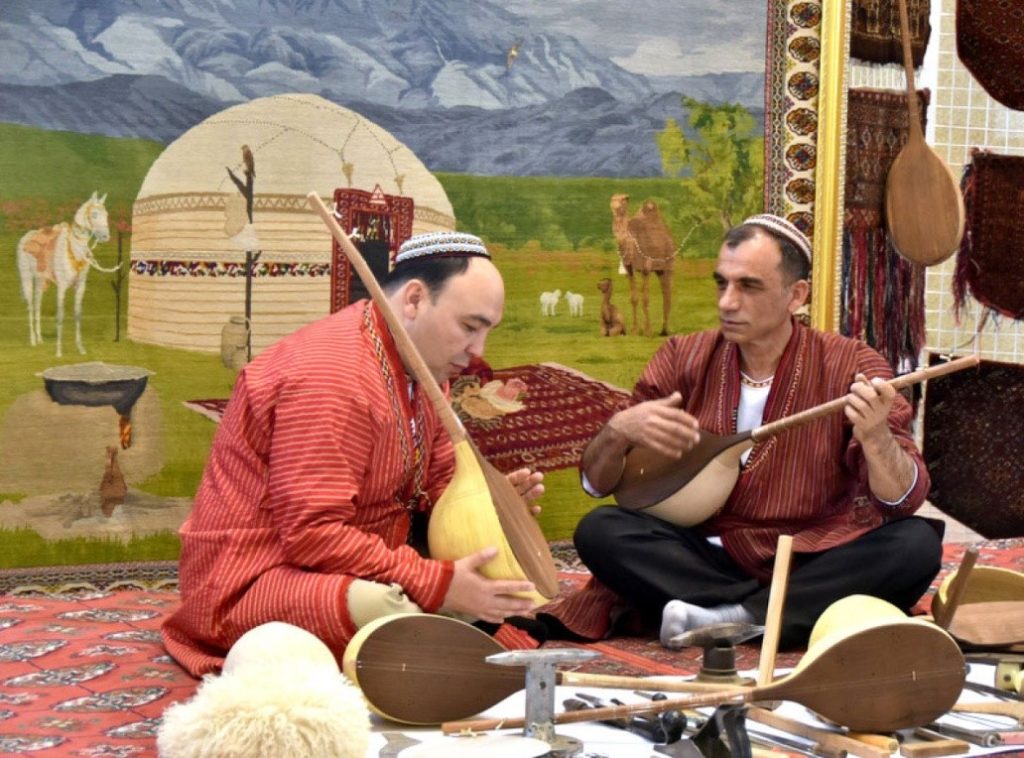 He said that work should continue to get the art of breeding the Ahal-Teke horses, the national features of breeding the Turkmen sheepdog Alabay and Turkmen art of embroidery included in the UNESCO List.

In addition, said the president, the issues related to the accession of Turkmenistan in the international legal documents regulated by UNESCO should also be studied. 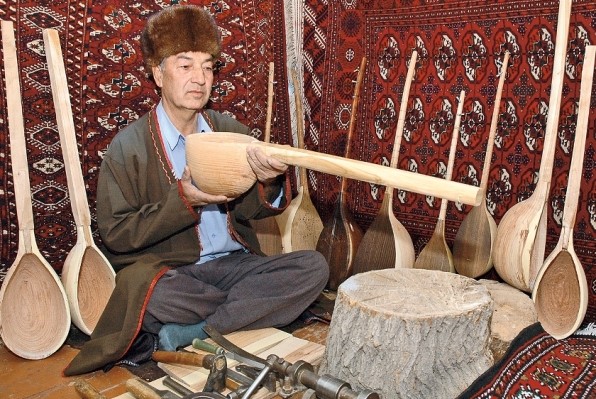 Berdimuhamedov said that steps should be taken to include the selected schools of Turkmenistan in the UNESCO Schools Association.

Wrapping up his remarks, the president said that the relations with UNESCO occupy a special place in the foreign policy of neutral Turkmenistan. /// nCa, 1 February 2022 (pictures credit Turkmen media)