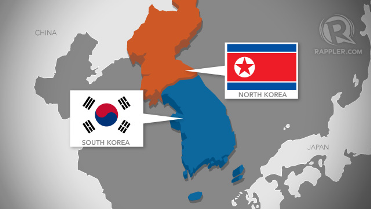 The Korean people are no strangers to Central Asia. At the time of break-up of the Soviet Union there were more than half a million people of Korean descent were residing in Central Asia, mostly in Uzbekistan and Kazakhstan but in smaller numbers in Kyrgyzstan, Turkmenistan and Tajikistan.

They were traditionally identified as Koryo Saram or Chosun Saram (people of the Koryo of Chosun dynasties. Russians and other non-Koreans called them “Sovetskii Koreets” (Soviet Koreans).

The Korean people arrived in the territory of the Czarist Russia and Central Asia during various periods for different reasons and went through prolonged periods of crackdown. Today they are well-integrated members of their societies but still manage to maintain their unique identity although many of them have little or no knowledge of their original mother tongue.

There is the evidence that the ancient kingdom of Korea, Silla (57 BC-935 AD) had business and cultural relations with Central Asia.

A painting discovered in 1965 in the Afrasiab Palace in Samarkand shows two Korean ambassadors who visited the Central Asia during the Goguryeo Kingdom in the seventh century.

The Korean General Gao who is presumed to have lived from 702 to 756, established control over the Seokguk city which is the present-day Tashkent.

The Korean people have historically and culturally been very close to Central Asia.

An important area of commonality is the close and active nature of families and extended families.

The Korean people have only 286 surnames, of which half are Kim, Lee, or Park.

The courtesy and hospitality practices in Korea and Central Asia are also very similar to each other.

Respect for elders is a strong trait in both the Korean and Central Asian people. This is an essential ingredient for building stable, happy and prosperous societies.

The recent summit of the leaders of the two Koreas has proved that the spirit of fraternity among the Korean people is as strong as ever. Despite the artificially generated rift, the Korean leadership and people today are finding ways and building mechanisms to unite again.

The ‘Pyeongyang Joint Declaration of September 2018’ which was signed on 19 September 2018 in Pyongyang is a milestone. Please read the text (unofficial translation provided by the Korean embassy in Ashgabat) to see how far the peace and unity process reached.

A major breakthrough is the ‘Agreement on the Implementation of the Historic Panmunjom Declaration in the Military Domain’ which is an annexure to the ‘Pyeongyang Joint Declaration of September 2018.’

It is a document that provides in detail the ways and means for reinforcing peace and building the reciprocal confidence, an essential step in achieving unificatiaon.

Over the decades, it has been proved in the recent history that the Korean people are remarkably resilient and resourceful. Even though the South and North Korea look different, the underlying story is that both have made the best of the situations they found themselves in. The national pride is the common base.

As the process speeds up, there is the need to acknowledge that the North Korea is going to great lengths to build the peace. If some politicians and media, particularly in the west, use the willingness of the North to accelerate the peace process as their weakness, it would be a disservice not just to the Korean people but the entire world. There is never any reason or justification for anyone to brag, more so in this particular case.

The modern-day Central Asia and Korea are natural partners. The Korean companies are already among the major economic partners of Central Asia.

Every step the Koreas take to unite is a moment of celebration for Central Asia. 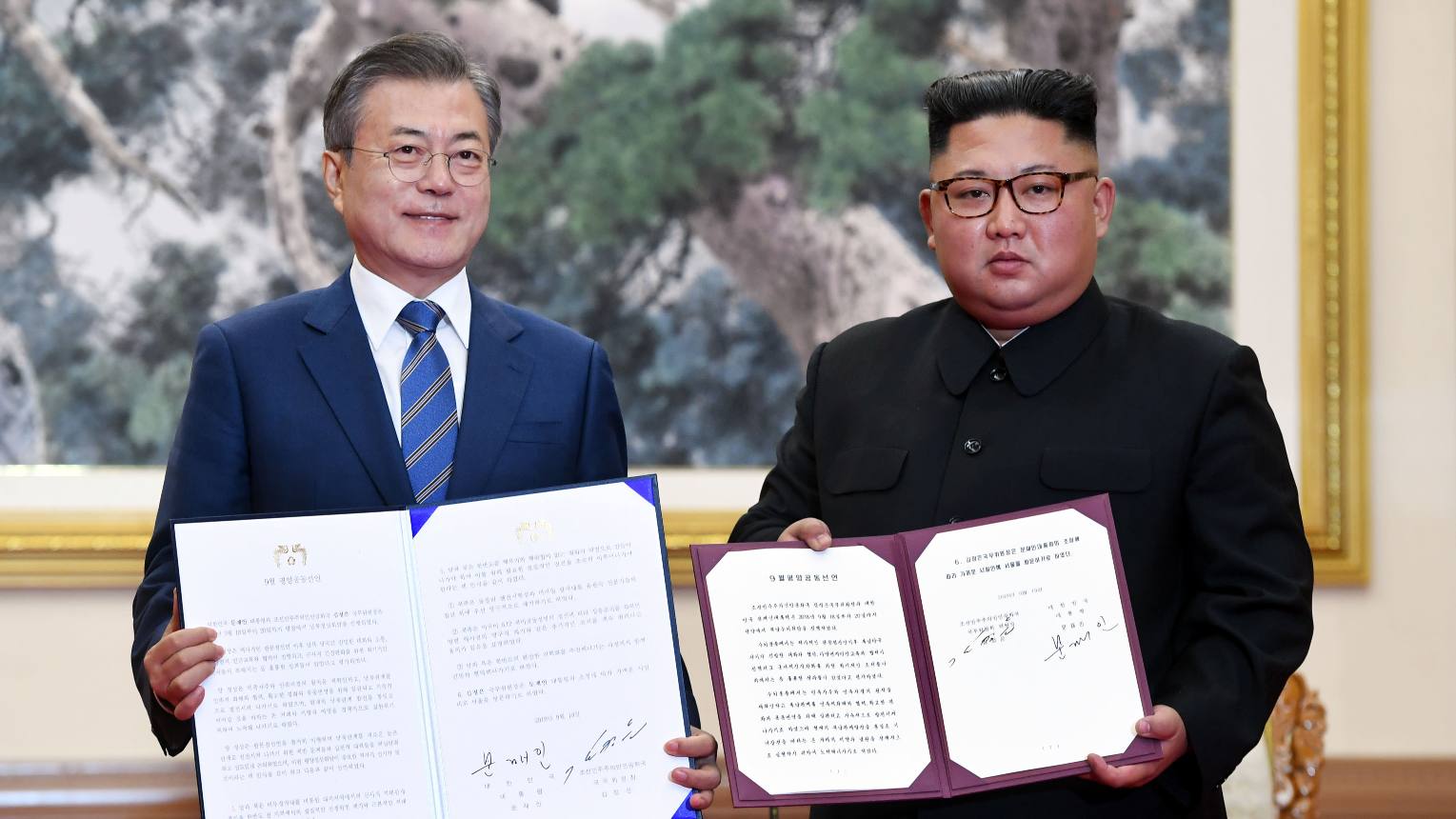 Moon Jae-in, President of the Republic of Korea and Kim Jong Un, Chairman of the State Affairs Commission of the Democratic People’s Republic of Korea held the Inter-Korean Summit Meeting in Pyeongyang on September 18-20, 2018.

The two leaders assessed the excellent progress made since the adoption of the historic Panmunjom Declaration, such as the close dialogue and communication between the authorities of the two sides, civilian exchanges and cooperation in many areas, and epochal measures to defuse military tension.

The two leaders reaffirmed the principle of independence and self-determination of the Korean nation, and agreed to consistently and continuously develop inter-Korean relations for national reconciliation and cooperation, and firm peace and co-prosperity, and to make efforts to realize through policy measures the aspiration and hope of all Koreans that the current developments in inter-Korean relations will lead to reunification.

The two leaders held frank and in-depth discussions on various issues and practical steps to advance inter-Korean relations to a new and higher dimension by thoroughly implementing the Panmunjom Declaration, shared the view that the Pyongyang Summit will be an important historic milestone, and declared as follows.

(1) The two sides agreed to hold a ground-breaking ceremony within this year for the east-coast and west-coast rail and road connections.

(3) The two sides agreed to actively promote south-north environment cooperation so as to protect and restore the natural ecology, and as a first step to endeavor to achieve substantial results in the currently on-going forestry cooperation.

(4) The two sides agreed to strengthen cooperation in the areas of prevention of epidemics, public health and medical care, including emergency measures to prevent the entry and spread of contagious diseases.

(1) The two sides agreed to open a permanent facility for family reunion meetings in the Mt, Keumgang area at an early date, and to promptly restore the facility toward this end.

(2) The two sides agreed to resolve the issue of video meetings and exchange of video messages among the separated families as a matter of priority through the Inter-Korean Red Cross talks.

(1) The two sides agreed to further promote cultural and artistic exchanges, and to first conduct a performance of the Pyongyang Art Troupe in Seoul in October this year.

(1) First, the North will permanently dismantle the Dongchang-ri missile engine test site and launch platform under the observation of experts from relevant countries.

(2) The North expressed its willingness to continue to take additional measures, such as the permanent dismantlement of the nuclear facilities in Yongbyon, as the United States takes corresponding measures in accordance with the spirit of the June 12 US-DPRK Joint Statement.

(3) The two sides agreed to cooperate closely in the process of pursuing complete denuclearization of the Korean Peninsula.

Based on the common understanding that easing military tension and building confidence on the Korean Peninsula is integral to securing lasting and stable peace, South and North Korea reached a comprehensive agreement on the following with a view to fully implementing the historic ‘Panmunjom Declaration for Peace, Prosperity and Unification of the Korean Peninsula in the military domain.

(1) The two sides discussed various measures to prevent armed conflict in every domain, including land, air and sea.

The two sides agreed to consult and resolve all matters that may lead to military conflict in a peaceful way and preclude the use of military force under any circumstance.

The two sides agreed to refrain from any action to infiltrate, attack, or occupy each other’s areas of jurisdiction by any means or method.

The two sides agreed to have consultations on matters including large-scale military exercises and military buildup aimed at each other, various forms of blockade, interdiction and obstruction of navigation as well as reconnaissance activities against each other through the ‘Inter-Korean Joint Military Committee’.

The two sides agreed to continue to have consultations on various implementation measures related to the ‘Panmunjom Declaration’, in which both sides agreed to realize phased arms reduction, in accordance with alleviation of military tension and confidence building.

(2) The two sides agreed to cease various military exercises aimed at each other along the Military Demarcation Line from November 1, 2018.

On ground, the two sides agreed to cease all live-fire artillery drills and field training exercises at the regiment level and above within 5km from the MDL.

In the air, the two sides agreed to ban tactical live-fire drills involving fixed-wing aircraft, including the firing of air-to-ground guided weapons within the designated No Fly Zones in the eastem and western regions of the MDL.

(3) The two sides agreed to designate No Fly Zones for all aftcraft types above the MDL, effective from 1 November, 20l8, in the following way:

However, when the employment of aircraft becomes necessary such as in thecases involving fire-fighting, ground & maritime rescue, medical evacuation, weather observation and farming support, aircraft will be permitted to fly subject to prior notification to the other side. The No Fly Zones mentioned above do not apply to commercial aircraft (including cargo planes).

(4) The two sides agreed to take measures to prevent any accidental military clash at all times in every domain, including land, air and sea.

The two sides agreed to implement the above revised procedures from November 1, 2018.

(5) The two sides agreed to solve all military issues through peaceful consultations by maintaining permanent communication channels in order to prevent at all times any accidental military clash in every domain, including land, air and sea and by immediately notifying each other when an abnormal situation arises.

(1) The two sides agreed to completely withdraw all Guard Posts (GP) that lie within 1km of each other as a preliminary measure to withdrawing all GPs within the DMZ. [Annex 1]

(3) The two sides agreed to proceed with a pilot project of an Inter-Korean Joint Operation to Recover Remains within the DMZ. [Annex 3]

(4) The two sides agreed to continue consultations on military assurance measures related to joint survey and excavation of historical remains within the DMZ.

(1) The two sides reaffirmed the agreement related to the “prevention of accidental military clashes in the West Sea”, signed during the 2nd Inter-Korean General-level Military Talks on 4 June, 2004 and agreed to fully restore and implement it.

(2) The two sides agreed to establish a maritime peace zone and a pilot joint fishing zone in the West Sea. [Annex 4]

(3) The two sides agreed to fully guarantee the safety of personnel and vessels that enter the maritime peace zone and the pilot joint fishing zone.

(4) The two sides agreed to devise and implement inter-Korean joint patrol measures in order to deny illegal fishing and to ensure safe fishing activities for South and North Korean fishermen in the maritime peace zone and the pilot joint fishing zone,

(1) The two sides agreed to establish military measures to ensure passage, communication and customs in the East and West Transportation Corridors.

(3) The two sides agreed to establish a plan regarding issues related to permitting the use of Haeju Passage and Jeju Strait for North Korean vessels through consultations at the Inter-Korean Joint Military Committee.

(4) The two sides agreed to devise military assurance measures for the shared use of Han River (Imjin River) Estuary. [Annex 5]

(1) The two sides agreed to continue consultations regarding the installation and operation of direct communication lines between the respective military officials.

(2) The two sides agreed to have detailed consultations to resolve the issues concerning the composition and operation of the Inter-Korean Joint Military Committee.

(3) The two sides agreed to fully implement all agreements reached between inter-Korean military authorities, and to regularly examine and assess the implementation progress.

1) Revisions and additions to the Agreement are permitted subject to agreement between both parties.

(2) Two copies of the Agreement have been made with equal effect.