Home » Turkmenistan thanks Saudi Arabia for funding of TAPI 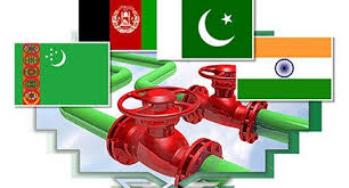 “I take this financial support as a continuation of your efforts to develop our cooperation,” says the letter.

The letter also lauds the political wisdom and foresight of the king of Saudi Arabia that has “brought Saudi Arabia great prestige and respect in the Islamic world and beyond.”

The letter of the Turkmen president mentions that new opportunities for active trade and economic cooperation between the two countries, based on the historical foundations and traditions of close cultural and humanitarian ties were arising in all areas.

Speaking at a cabinet meeting on Friday (19 January 2018) the president of Turkmenistan said, “The investments provided by the Saudi Development Fund indicate a great interest in the construction of the TAPI gas pipeline by foreign investors who highly appreciate the relevance and potential of this project, its profitability and payback. A positive factor here is the policy of the “open door” pursued by our country, the stability of the national economy, and the availability of a favorable investment climate in the country.”

“Turkmenistan and Saudi Arabia are among the world’s states with huge reserves of natural resources, which creates favorable conditions for expanding interstate cooperation both in the fuel and energy sector and in other sectors,” he added.

Maksat Babaev, the deputy chairman of cabinet of ministers responsible for the oil and gas sector, reported during the cabinet meeting that the funding by the Saudi Development Fund was provided in the framework of agreements reached during the visit of President Berdymuhamedov to Saudi Arabia in May 2016.

He was talking to the media in the run up to the 5th meeting of the Turkmen-Saudi Commission for trade-economic cooperation.

A 214-km segment of TAPI passes through the territory of Turkmenistan. The work started in December 2015, as reported by the state concern Turkmengaz, which is the lead organization for the implementation of TAPI inside Turkmenistan.

In addition to the financing-investment raised by the Turkmen government and some international agencies, the funding by the Saudi Development Fund covers all the needs of TAPI inside the territory of Turkmenistan.

Meanwhile, the TAPI participants are preparing to launch the ground work on TAPI in Afghanistan in February 2018.