You are here: Home / Articles And Reports / Central Asian Desert Initiative (CADI) – Conservation and Sustainable Use of Turkmenistan Deserts

In 2019, the regional project of the Ministry of Agriculture and Environmental Protection of Turkmenistan and the Michael Zukkov Foundation (Germany) launched the Central Asian Desert Initiative (CADI) – Conservation and Sustainable Use of Turkmenistan Deserts. The project is funded by the German Federal Ministry for the Environment, Nature Conservation, Construction and Nuclear Safety (BMUB).

Together with partners in the target countries, Kazakhstan and Uzbekistan, the CADI project is being implemented in collaboration with the University of Greifswald, the Michael Zukkov Foundation for Nature Conservation (Greifswald), and the United Nations Subregional Office for Food and Agriculture Organization of the United Nations (FAO).

The purpose and objectives of the project is to promote the conservation of biological diversity and the development of ecosystem functions of the deserts of Turkmenistan; preparation of a scientific and technical justification for the nomination of desert ecosystems as a UNESCO World Heritage Site; taking measures to improve management and expand the territory of one of the existing desert reserves; technical support and joint field research, training of reserve personnel, dissemination of knowledge and public awareness.

The project has been successfully implemented in collaboration with the staff of the Bereketli Garagum State Nature Reserve and the Repetek State Biosphere Reserve, national and international scientific experts. So, starting in the spring of 2019, four joint scientific field expeditions to the Bereketli Garagum and Repetek nature reserves were carried out, as well as the dry subtropical deserts of Priatrechye and the Caspian region were studied to learn the components of biodiversity (botanical and zoological field expeditions), and scientific data updates. Based on the results of field expeditions, national scientific experts prepared and presented reports that are the basic information in preparing the nomination dossier for nominating the desert ecosystems of the temperate zone to the UNESCO World Heritage List.

The CADI project initiates the nomination process for deserts of the temperate zone of Central Asia for inclusion in the UNESCO World Heritage List. To this end, a seminar was held at the International Academy for the Conservation of Nature (Wilm, Germany) from January 28 to 31, 2020, in which more than 20 representatives from countries of the Central Asian region, as well as international consultants, took part. 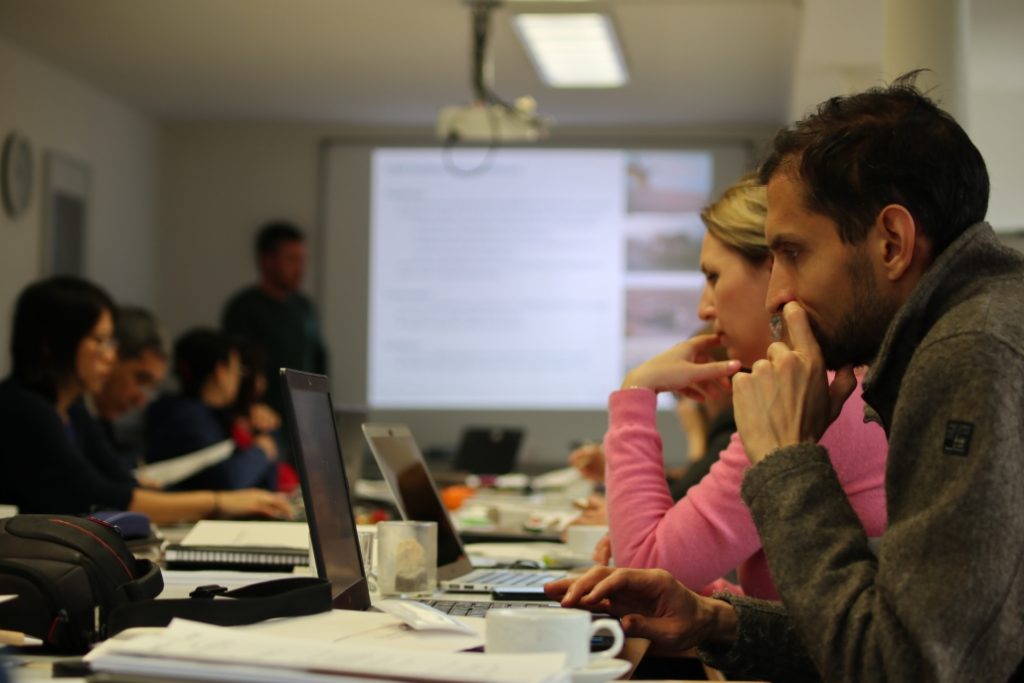 The Turanian temperate deserts (according to the Udwardi classification, 1975) are a unique natural region, which often remains without due attention of the international community. They represent important habitats and migrations of various species, including ungulates and birds. Along with this, there are huge land areas with numerous ecosystem services.

Despite their environmental importance, temperate deserts according to a study by the International Union for Conservation of Nature (IUCN, 2020) are one of the least represented biomes of world significance under the World Heritage Convention. Most of the temperate desert territories on our planet are located in Central Asia, whose countries have a special responsibility for the conservation of these deserts. Turanian deserts are characterized by special climatic conditions and unique species diversity. It is also an outstanding example of ongoing environmental and / or biological processes in the evolution and development of terrestrial ecosystems, plant and animal communities. Based on this, the goal of the CADI project is to improve the protection and sustainable use of Central Asian deserts, including their unique biological diversity. The CADI / CADI project supports the initiative to nominate the deserts of the temperate zone of Central Asia for inclusion in the UNESCO World Heritage List, at the request of the states parties to the World Heritage Convention.

The workshop participants expressed their full support for the joint preparation of a serial transnational nomination for inclusion in the World Heritage List on the basis of selected and agreed objects of the temperate Turanian deserts in Kazakhstan, Turkmenistan and Uzbekistan. In Turkmenistan, these are the following protected natural areas: Bereketli Garagum State Nature Reserves, Gaplangyr and Repetek State Biosphere Reserve. It is planned to create a Regional Working Group for the preparation of the nomination dossier “Turanian Deserts of the Temperate Belt”, which will include representatives of relevant departments and the CADI project in each country in the region. The participants discussed and agreed on an action plan, requirements and deadlines for submitting an application. This and other activities of the CADI project will be carried out in 2020-2021. /// nCa, 13 February 2020