You are here: Home / Articles And Reports / Turkmenistan honours, commemorates veterans of the World War II

The Second World War – known as the Great Patriotic War in the territories of the former Soviet Union – was a painful episode in the history of the mankind. Millions of people of all ages and from all walks of life offered the ultimate sacrifice – the price of freedom was blood and life, and they willingly paid that price.

The land of Turkmenistan, which was part of the Soviet Union at that time, lost nearly 10% of its population during the war. The young people from the Turkmenia Republic fought alongside their compatriots at all the fronts, setting new standards in courage and sacrifice.

The veterans of that war and their spouses are a cherished part of our living history. As the time passes, their numbers are dwindling. We value every minute with them.

As always, Turkmenistan conducted this year a number of events to honour and commemorate the heroes who sacrificed their lives and the veterans who are still with us.

“Our valiant compatriots, side by side with other nations, showed outstanding heroism and love for the Motherland on the battlefields of the brutal war of 1941-1945 – a tragic and bloody period in world history,” President Berdimuhamedov said in an address to nation.

As noted in the message, responding to the call “Everything for the front! Everything for victory!”, the Turkmen women donated 7392 kilograms of gold and silver jewelry to the defense fund, making a significant contribution to the victory.

Last week, events dedicated to the Great Victory Day were held across the country. The marathon of celebrations has been culminated with the laying flowers ceremony at the Memorial Complex “People’s Memory” in the evening of 9 May. The ceremony, led by President Berdimuhamedov, was attended by veterans, elders, DPMs, national security council, heads of foreign diplomatic missions, stationed in Ashgabat, and prominent public figures. 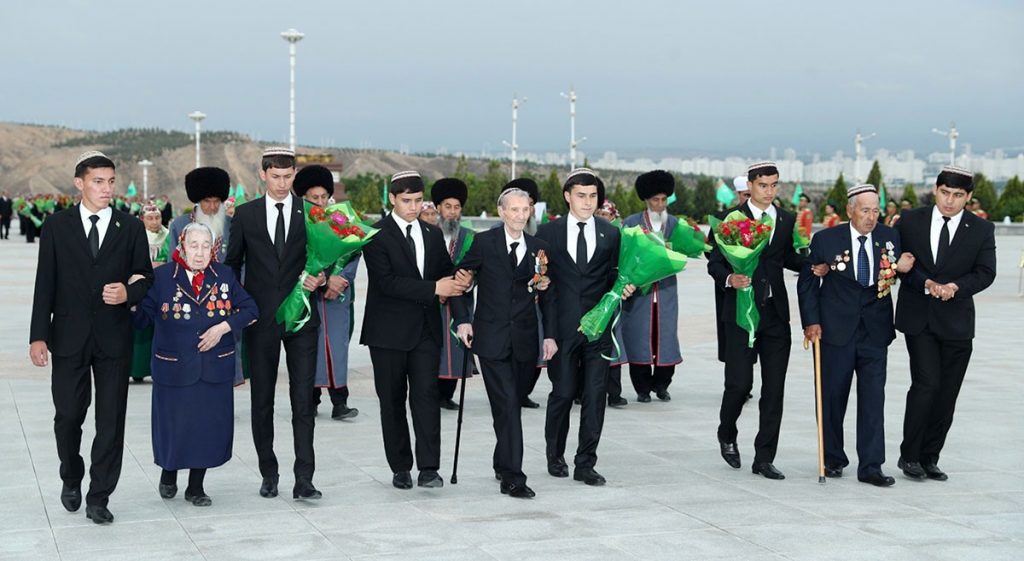 In accordance with the presidential decree, war veterans, as well as widows of soldiers, were presented with cash gifts in the amount of 200 manats and valuable gifts.

On the eve of the celebration of the 76th anniversary of the victory, the Joint Turkmen-Russian School organized the traditional “Immortal Regiment” procession. Under the exciting sounds of military marches, students and teachers of the school carried portraits of their great-grandparents and relatives-veterans.

On 7 May, the Museum of Fine Arts hosted an exhibition of Turkmen artists. The exhibition featured the masterpieces by Yulia Daneshvar, Alexander Saurov, Evgeny Adamov, Vladimir Pavlotsky, Yakub Annanurov, Annadurdy Almamedov. Each canvas narrated a small story, being part of an ode written in the language of colors centered around the key idea – the path to victory.

The second, revised edition of the first volume of the memorial book “Hatyra” (memory) was published. It is a historical and documentary work dedicated to Turkmen soldiers and officers who died or disappeared without a trace during the WWII. 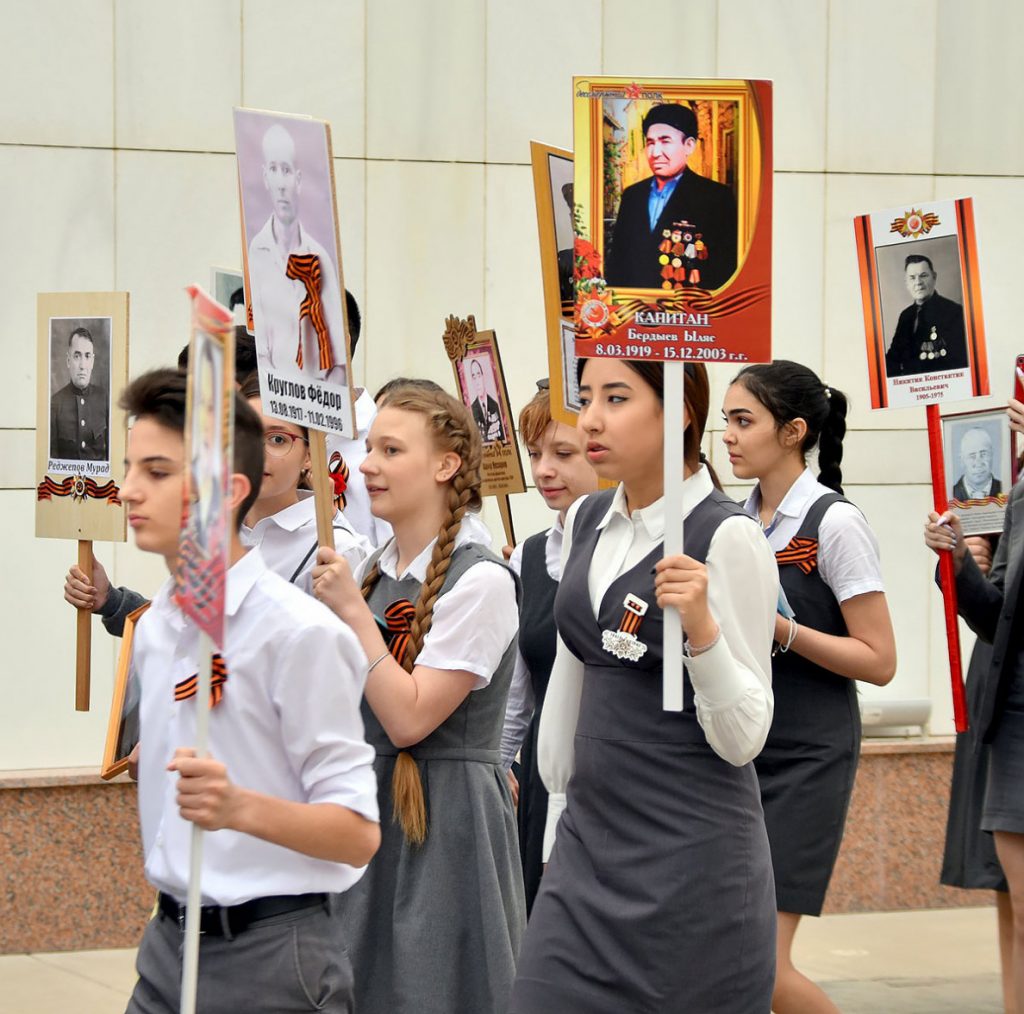 Last week, Turkmenistan, among the 11 OSCE member states, issued a joint statement on the occasion of the 76th anniversary of the WWII. The statement calls on the world community to “take care of military graves, memorial complexes, monuments and obelisks in honor of those who died in the fight against Nazism and fascism.”

The signatory nations expressed their support for a comprehensive dialogue based on equality and mutual respect in order to strengthen the system of international security and trust. /// nCa, 10 May 2021