The full impact of these developments on Central Asia would only be clear when we also take into account the 5G technology that is just around the corner, and eventually the digital economy that is emerging at irregular but decisive pace.

China is about to launch its digital currency, which is called DCEP (Digital Currency Electronic Payment – DC/EP). It may possibly get some other name when launched. The currency is pegged 1:1 to Chinese Yuan (Renminbi – RMB).

China has given several reasons for the launch of DCEP. One of them is that the Libra, the digital currency of Facebook, also likely to be launched in the same timeframe as DECP, poses a threat to the sovereignty of China.

China is of the view that digital currencies (as opposed to cryptocurrencies) should only be issued by the governments and central banks. 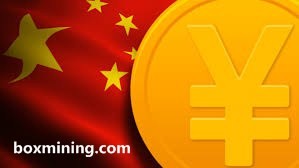 Since it is issued being by the Chinese government, DCEP can be considered a digital version of its Renminbi (Yuan). The People’s Bank of China (PBoC) will roll out the currency. It is understood that initially it will be used for internal transactions within China.

All the traders working in the cyber space of China such as ApplePay, AliPay, WeChat etc. have been asked to accept DCEP. This will instantly open one of the world’s largest markets to DCEP.

In the second phase, DECP would be distributed to the fintech companies such as Tencent and Alibaba for use in WeChatPay, AliPay, etc.

The DCEP is designed as a replacement of the Reserve Money, and would also be positioned as an alternative to SWIFT.

DCEP is a centralized, sovereign-issued currency and it would not be possible to mine it independently.

There are some unconfirmed speculations that China could back its DCEP with gold.

It is also said that DECP will have NFC based payment options which would make it possible to make transactions while offline. This would position it as a direct replacement of physical currency.

Another feature is that the users will be able to transact in DECP without their mobile device being linked to their bank account. It means that the people without a bank account can also use DECP.

While China suppresses the Cryptocurrency Exchanges, the Blockchain Adoption is one of the top priorities of the government. It means that structurally the DECP will have some of the features of Crypto but its generation would be in the government (or government-authorized) hands alone. It also means that DECP and P2P will ultimately play the dominant role in the economic anatomy of China.

Meanwhile, anyone interested in acquiring or accepting DCEP should be careful because some scams are already springing up.

Facebook CEO Mark Zuckerberg announced in June 2019 that Facebook would launch its own virtual currency. For the billions of people worldwide who use the Facebook this could become the easiest way to buy and sell things and services online. It would especially be convenient for the people and countries with no access to the global banks or financial services.

The currency would be called Libra.

Libra will be governed by the Libra Association, a Swiss group of 28 members including Facebook subsidiary Calibra, Uber, PayPal, Mastercard, Visa, Spotify, and many other household names in technology and finance. 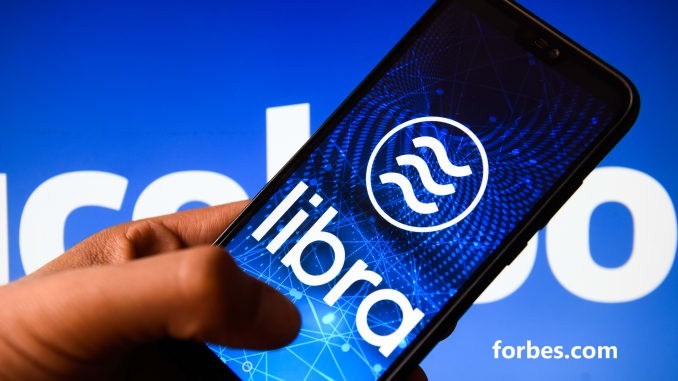 Libra, like Bitcoin will also run on blockchain but the difference is that while Bitcoin has decentralized, open environment, Libra will have a controlled, confined blockchain environment. Only the Libra Association members will be able to run blockchain for Libra on their nodes.

A white paper issued by the Libra Association says that over the next five years, Libra will shift from the current proposed model – also called “permissioned” blockchain – to a totally decentralised – or “permissionless” blockchain. — There is hardly any reason to believe this promise.

Libra Association will maintain a basket of currencies including the US Dollar, Euro, Pound, and some low-risk government securities. This basket will determine the value of Libra. The US Dollar is supposed to form 50% of the basket.

For all intent and purpose, Libra is a corporate answer to Bitcoin and other democratized cryptocurrencies. It is also a direct competitor for DCEP of China.

China believes that Libra is meant to reinforce the already-inflated influence of US Dollar.

The DCEP will have some features in common with Libra though it is not clear whether the similarities would be only architectural or not.

Huang Qifan, vice chairman of China Center for International Economic Exchanges (CCIEE), speaking at the Inaugural Bund Financial Summit of 2019 in Shanghai, expressed dissatisfaction with the current dependence on the United States’ SWIFT and CHIPS payments systems, on which cross-border exchange of the renminbi currently depends. His complaints were on the basis of both U.S. sanctioning using the platforms and their technical limitations.

He said: “SWIFT is an outdated, inefficient and costly payment system. Since the establishment of SWIFT 46 years ago, the technology has been updated slowly and the efficiency has been relatively low.”

Digital currency is a large area where the power proxy struggle between the USA and China will expand, possibly as early as next year.

The DCEP and Libran are bound to lock horns.

China has the advantage of already having a huge digital payment ecosystem—Tencent’s WeChat Pay has over a billion users and Alibaba’s Alipay has 1.2 billion—which will make it easier to adapt to the DCEP.

Part of the reason of the success of China’s fintech revolution, the experts believe, is the permissive attitude of the Chinese government regulations. The boundaries are definitely there but enough room for creative and imaginative growth exists within the allocated space.

The new branch – the blockchain technology – will possibly thrive within the boundaries set by the Chinese regulations. These boundaries may adjust from time to time depending on the requirement.

This flexibility in attitude will be more in demand next year. — Mark Zuckerberg, in his arguments at the congressional hearing, said that China would develop digital currency before the U.S. and replace the U.S. dollar as the dominant global currency.

This was an artificially bloated argument because at any time in the foreseeable future DCEP cannot gain the clout to displace the US Dollar.

Why China’s Digital Currency Is a ‘Wake-Up Call’ for the U.S. – Naomi Xu Elegant

In the context of digital currencies, it would be useful to have a look at a paper issued by IMF:

The Rise of Digital Money – Tobias Adrian and Tommaso Mancini-Griffoli

DCEP and Libra will compete, at first in their own spheres and later in the clash to snatch the space from each other. This is inevitable.

At this moment, the most important thing to note for Central Asia is that no matter how the currency tussle pans out, the blockchain technology, which together with P2P networking has uses far beyond the mining of cryptos, is within their reach.

Some countries in the region are mindful of this fact already but to make some meaningful headway there is the need for joint work. /// nCa, 20 November 2019