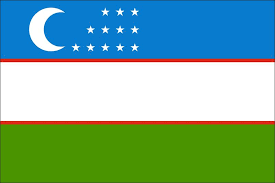 Ashgabat, 5 September 2016 (nCa) — The government of Uzbekistan announced officially on Sunday (28 August 2016), without giving any details, that President Islam Karimov had been hospitalized. The younger daughter of Karimov, Lola Karimova-Tillayeva posted on Instagram the next day that her father had suffered cerebral hemorrhage and was in intensive care.

This triggered an avalanche of speculations about the succession and legacy of Karimov, the man who governed Uzbekistan since 1989.

Anyone who has only been reading the kind of news stories about Uzbekistan where the first sentence necessarily contains one or more of the stock descriptives such as ‘repressive,’ ‘autocratic,’ ‘brutal,’ ‘dictatorship,’ totalitarian,’ ‘Stalinistic,’ etc. shouldn’t expect that knowledge to be helpful for any reasonable inference now.

Clan is just a convenient way of labeling these complicated groupings. They are built around economic and political alliances, historic and pragmatic compulsions, and of course tribal and familial connections.

In the contiguous past, dating back to the soviet times, the Tashkent and Fergana clans have allied with each other, balancing the influence of the Samarkand clan.

To try to envisage the succession outcome, one needs to look at the current status of each clan in the post-Karimov scenario.

Islam Abduganiyevich Karimov was born on 30 January 1938 in Samarkand. Little is known about his childhood though he spent several years in an orphanage. The first president of Turkmenistan, Saparmurat Niyazov Turkmenbashy, who also grew up in an orphanage, and Karimov, used to call each other Yetim, the orphan.

Karimov, a qualified engineer and a PhD in economics, began his career in a tractor factory. He started rising through the ranks when he joined Gosplan, the state planning commission. In 1983, he became the finance minister of the Uzbek SSR and in 1989 he was elected the first secretary of the Uzbek Communist Party i.e. the top man in the hierarchy of the Uzbek SSR.

His wife Tatyana Akbarovna is of mixed Tajik-Russian parentage (father Tajik, mother Russian). She is from an influential family from Fergana and therefore was owned and supported by the Tashkent-Fergana clan alliance. She never interfered directly in the state affairs, but being a PhD in economics just like her husband and having worked at the academy of sciences, she helped shape many important decisions, and won admiration from the professional bureaucrats who actually run the country on the day-to-day basis.

In other words, the first couple up to this past week was a living example of harmony among the Samarkand and Tashkent-Fergana clans.

The man who is undoubtedly going to steer the succession process in any given direction is Rustam Inoyatov, the head of the power SNB (national security service, formerly KGB). He is a Colonel General, equivalent to a full General in the NATO ranking. He was born in 1944 which makes him just six years younger to Karimov. He has been at the helm of SNB since 1995. He speaks the Uzbek, Russian, English and Farsi languages.

Inoyatov was appointed as SNB head to counter the rising and malignant influence of Zokir Almatov, the MVD (minister of interior), who was from the Samarkand clan. By 1999, Inoyatov had managed to roll back the power and reach of MVD, making SNB the prime agency monitoring and choreographing the state affairs. It was in 1999 that a string of bombings in Tashkent served as a turning point in the Uzbek policies and politics.

It is still not clear as to who planned and executed those bombing incidents, one of which was aimed at the convoy of Karimov, but various reports, depending on who we want to believe, blame either the SNB or MVD for the incidents that were generally recognized as acts of terrorism. It is presumed that either SNB or MVD, or both of them at least knew about the threat but did nothing to prevent it.

The second wave of bombings happened in 2004, and that hastened the process of Inoyatov solidifying his power across the board.

The sequence of developments that led to the sad incident of confrontation in Andijan in 2005 was quite certainly a result of the clan tussles. Among the various effects of the Andijan tragedy, an important one was the downfall of Almatov, which cleared the landscape for Inoyatov. — Almatov went on retirement because of ‘poor health.’

The man who replaced Almatov as MVD (minister of interior) was the deputy director of SNB. Effectively, Inoyatov got to have his own man running the MVD.

Within the span of a few years, Inoyatov’s men gained influential positions within the presidential administration, the national security council, the senate and the parliament.

Ganiev, the former minister of foreign affairs was believed to be an SNB man ( some say he was a high ranking officer in SNB) and the current FM, Komilov was previously the head of the Uzbek KGB (present SNB). Actually, he was the predecessor of Inoyatov in SNB.

Therefore, the road to succession goes through the allies of Inoyatov.

Shavkat Mirziyaev, the prime minister of Uzbekistan and the head of the funeral committee is most likely to ease into power. He is from Samarkand but has excellent working relationship with both Inoyatov and Mrs. Tatyana Karimova. This makes him acceptable to all the power bases in Uzbekistan.

The grab for power is not likely to take place but some risk of Islamic elements raising their head remains there. It will not be sudden though.

The remnants of IMU (Islamic Movement of Uzbekistan) that fled the border regions of Pakistan after the crackdown are scattered somewhere along the borders of Uzbekistan and Tajikistan with Afghanistan. They can make small but deadly incursions under the guise of ISIS, managing to punch beyond their weight.