You are here: Home / Articles And Reports / Turkmenistan-Pakistan relations: The larger context – Part 2 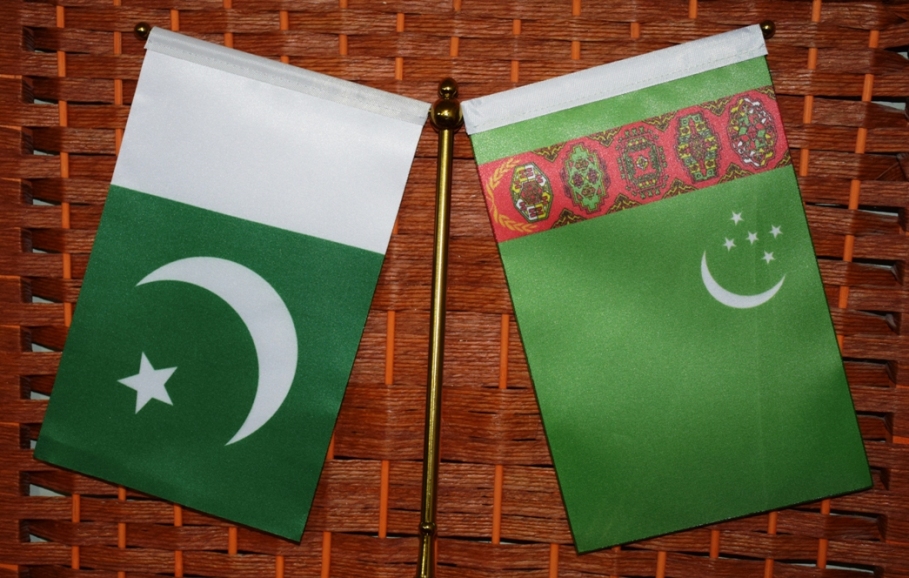 Ashgabat, 19 March 2016 (nCa) — The strengthening of Turkmenistan-Pakistan partnership will inevitably encompass and benefit the entire region.

This would be the direct result of the overwhelming sets of commonalities that bind the nine countries of the region together: Kazakhstan, Turkmenistan, Uzbekistan, Kyrgyzstan, Tajikistan, Iran, Afghanistan, Pakistan and China.

Pakistan has historically served as the collector and absorber of the successive waves of people and ideas emanating from these countries, and it continues to serve this role even today. — Taken together with the opening statement that the strengthening of Turkmenistan-Pakistan partnership will cover and benefit the entire region, this needs some explanation.

This seemingly tall claim is built on the fact that every step forward in progress and civilization owes its success to the ability of the land to welcome the foreigners and accept or reject their ideas and influence solely on merit, rather than on any narrow criteria.

The first and foremost are the many and varied genetic trails leading from Central Asia and Iran to Pakistan.

The Makhdooms, Berlas, Qazi, Baigs, Mughals, Osmanis, Pashas, Qureshis (and many sub-labels in this group), Kashmiris (including most of their sub-groups), many branches of Maliks, and the countless fragments of Safvis, Naqvis, Jafris etc. trace their origin to Central Asia and Iran.

It is not just a historic fact; it is an ongoing, living phenomenon.

Shah Hamdan, whose mausoleum is in Merv (Turkmenistan) is the grand Pir (spiritual mentor) of most of the Sufi saints in the region including the Khoja Yesewi in Kazakhstan, the Bahauddin Nakshbandi in Uzbekistan, the Hamdan Shah in Kashmir and innumerable others.

The resting place of Khoja Yesewi is in Kazakhstan but one of his sons, Shamsuddin Turk, is buried in Panipat, a place in Haryana state of India, not far from the border with Pakistan.

Amir Timur (Tamerlane) rose from Shehr Sabz (Uzbekistan) but one of his sons is buried somewhere between Lahore and Delhi and another at a place near Isfahan in Iran.

The famous Sufi Saint Lal Shahbaz Qalandar, whose mausoleum in Sehwan city of Pakistan attracts millions of pilgrims every year was from the land of Turkmenistan.

The family of the current prime minister of Pakistan, Nawaz Sharif, is from Kashmir and is originally from Central Asia.

The mother of Ms. Benazir Bhutto was Iranian (Sabunchi family of Isfahan).

The Makhdoom family of Multan (Pakistan) has sprung up many leaders in Pakistan including Shan Mahmood Qureshi, the former foreign minister of Pakistan and his father who was the governor of Punjab province.

The Makhdoom family of Hala (Pakistan) has contributed many well known politicians. Makhdoom Talib Maula was a great poet and a living legend, his poetry being sung at all the folk festivals in Sindh province.

Obaidullah Baig, one of the founders of Pakistan TV, was an ethnic Turkmen.

Mohammad Ali Shehki, the famous singer and actor of Pakistan, was the son of an Iranian diplomat.

Naveen Tajik, whose acting on Pakistan TV dramas stole the hearts of millions, was from Tajikistan.

Ahmed Zahir, the best known singer of Afghanistan, sold more albums in Pakistan than in his own country.

This list can go on and on but the fact is clear already that Pakistan traditionally accepts and absorbs people from around the region.

Urdu, the national language of Pakistan, is a mix of many languages including Arabic, Farsi, Sanskrit, and many dialects of Central Asian languages.

Tajik and Dari, the fraternal sisters of Farsi, are understood and spoken in many areas of Pakistan.

The interaction of languages is unavoidable when mass interaction of people is taking place. Not just the language, there is also massive give-and-take of other things such as cuisine, attire and habits.

The Pilof (also spelled Pilau, Pulau) – the meat and rice dish – tasted the same in Bishir (Lebap province of Turkmenistan) as the one prepared by my grandma when I was very young.

Korma – the fried mutton with or without spices – is identical in Turkmenistan and Pakistan. Vinegar is Sirka, Spoon is Chamcha, shop is Dukan and gardener is Baghban.

Teahouse is called Chaikhana in the entire region.

The women in rural Central Asia dress the same as the women in many rural areas of Pakistan. The weddings traditions are similar. The societies in Pakistan and Central Asia are built around the same rules: young defer to the old, the healthy care for the sick, the rich assist the poor and the people forget their differences in times of calamity.

The question here is: Has the interaction remained restricted to culture or has it contributed to advancement in knowledge?

If we can find the shared use of knowledge, it would prove that exchange of knowledge has definitely been taking place:

As long this process of exchange was in place, there was shared stability and prosperity.

The period of stagnation started with the arrival of communism in Central Asia. This was further wars and destruction imposed on Afghanistan.

However, with the very productive visit of President Berdymuhamedov to Pakistan on 16-17 March 2016, conditions are returning back for enormous regional partnership.

Based on the numerous layers of commonalties the region is poised to return to its former glory and Turkmenistan and Pakistan seem ready to spearhead the drive, with wholehearted support from the neighbours, who are all stakeholders in the joint future.