You are here: Home / Articles And Reports / Republic Day of Italy 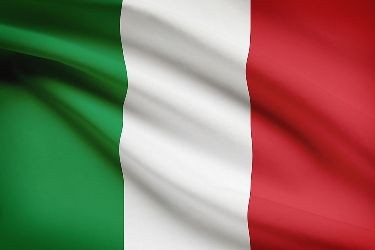 The day commemorates the institutional referendum held by universal suffrage in 1946, in which the Italian people were called to the polls to decide on the form of government following the Second World War and the fall of Fascism.

The ceremony of the event, organized in Rome, includes the deposition of a laurel wreath as a tribute to the Unknown Soldier at the Altare della Patria by the President of the Italian Republic and a military parade along Via dei Fori Imperiali in Rome.

The embassy of Italy in Ashgabat did not host the traditional reception because of the Pandemic restrictions.

Here is the text of the address of Ambassador Luciano Galli on the occasion of the Italian Republic Day:

This year, the Italian people proudly celebrates the 75th anniversary of the birth of the Italian Republic. Exactly 75 years ago, on 2 June 1946, a national referendum reflected a determined will of the Italian nation to form a new political system based on modern democracy, inalienable rights and social equality.

In 1946 a new Italy was born on the aspirations of every man and woman for equal society, where individual freedoms are respected, knowledge is promoted and solidarity is praised. In fact, a national solidarity once again gained a momentum during the Covid-19 pandemic, we all have witnessed the examples of neighbours helping the neighbours, and the respect and applauds given to our brave medical workers, who, in the darkest moments of the pandemic, put their duties above their own wellbeing. 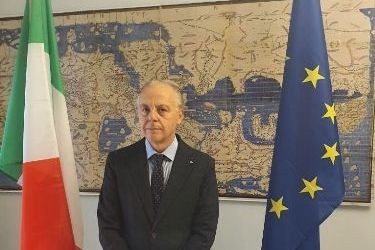 The foundations of democracy in Italy are deeply rooted in its history. A diversity of opinions should be seen as an advantage in every free society, indeed, diverse views and ideas are the products of an open-minded society. Throughout its history, in turbulent times, Italy has shown a resilience to withstand challenges and come out even stronger.

Italy has an important place on the world stage, and has taken up a leading role in many international organisations to support the countries of the world in their development, it contributes to the UN and many of its agencies working for strengthening the peace, supporting global health and advancing international agenda for climate change mitigation and adaptation. Italy is a founding member of the European Union and one of its economic engines. Italy is actively involved in the broader activities of the European Union spanning from education and health to infrastructure and finances. There many challenges which yet have to be addressed by the Union, but the success of which lies in collective efforts and shared goals.

The deep connections of the Italian peninsula with the region of Central Asia traces back in many centuries through trade of the Great Silk Road. Trade interactions brought an exchange of not only goods, but also technology and, moreover, ideas and cultural awareness. The Italian archaeological teams from Turin and Bologna have been studying the historical sites of the Parthian Nisa and Margiana where the artefacts attest how our ancestors were absorbing the cultural traits from the hearths of the Western and Eastern civilizations. This year the Italian archaeological teams have signed memorandums with Turkmenistan Government to continue joint excavation works. I believe, there are many relics yet waiting to be undiscovered, which would enrich our historic knowledge and highlight our shared past.

Italians inherited a vast historical and cultural treasure accumulated over millenniums, which they share with the nations of the world. Nothing is so representative of the national culture than its language. I am very honoured to highlight that the Italian language is being taught in three Turkmen universities. Each year young Turkmen graduates fluent in Italian language share their linguistics knowledge in schools and in places of their employment.

This year Italy also celebrates the anniversary of its greatest poet, writer and moral philosopher – Dante Alighieri, living in the 13th century, he is regarded as the “father” of the Italian language. Distinctively from most of the literary masters of the 13th century his masterpieces were created in an everyday Italian, rather than in literary Latin. In this peculiarity, Dante’s legacy can be compared to the legacy of greatest Turkmen poet of the 18th century Magtymguly Pyragy, who has created his poems in spoken Turkmen language. Dante for the Italians is what Magtymguly for the Turkmens.

Today, Turkmenistan gives an invaluable contribution in building a regional security of the Central Asia by offering its political platform of positive neutrality to discuss the challenges that the region faces today, and putting the efforts of solving the remnant issues of the past decades. Italy has always been a truly supporter of Turkmenistan initiatives in Afghan peace talks. Turkmenistan invests a sizeable amount of funds into infrastructural projects with Afghanistan, scaling up those projects each year. Among many of the energy connections, the TAPI project takes a special role, as this kind of energy project would create economic opportunities for many communities along its route. In January 2021 we have witnessed inauguration of the power transmission lines, fiber-optic communications systems and railroad connection extensions between Turkmenistan and Afghanistan, these project have the regional and inter-regional importance, as they expand further the Lapis Lazuli transport and infrastructure corridor.

Traditionally, both countries enjoy a productive cooperation in the energy sector. Italian global oil company Eni has invested considerably in oil extractions in Turkmenistan. There are many unrealized potentials that Italy and Turkmenistan possess in many areas and sectors of economy, but especially in the small and medium trade and business. In this stratum of the business the Italian entrepreneurs have much to offer for Turkmen sectors of agro-industry, textiles, and food processing.

Italy is a country of innovations and new technologies, its aerospace industry is a solid example of achievements made in this highly technological sector. Italian companies seek to offer Turkmenistan best of the technology that is intrinsic for a fast-paced development of the Turkmen industry. For these goals, joint Business Forums are making a great contribution to connect the Italian and Turkmen entrepreneurs. I would like specifically recall the Forum that was held in Milan in 2019 during the visit of the Turkmen President to Italy, where a number of bilateral agreements were signed in B2B and G2B formats.

The 2020 was a particularly challenging year for all countries which were inundated by the global Covid-19 pandemic. It was not only a health crisis but inasmuch affecting the national economies. At this moment, we are witnessing an unprecedented drive of vaccination. The world is recovering. However, the Covid-19 pandemic taught us a lesson that the adequate preparedness saves precious lives. In this regard, global, regional and bilateral health cooperation and partnership is crucial. Italy has an advanced scientific and practical medical health capacity that it ready to share with the medical professionals of Turkmenistan.

Taking this opportunity, I would like also to convey the best wishes of prosperity, peace and well-being for the friendly Turkmen nation. Let, the Italian and Turkmen friendly relations be further strengthened through joint cooperation and cultural interactions! /// nCa, 3 June 2021 (in cooperation with Embassy of Italy in Turkmenistan)