It was sad. Very sad. —– The American president was speaking to some of the bravest and most patriotic American troops in a hall. The hall was surrounded by gun mounted vehicles. The hall was located inside one of the most secure American bases in the world. The American base was located inside one of the most guarded zones in the world. – And yet, the American president was standing inside a bullet proof box, which was further fortified by sand bags. An Apache helicopter was at standby just a few meters from the dais, ready to evacuate the president in case of any emergency.

It was sad. Very sad. —– The American president had to travel to Bagram in a decoy airplane, an airplane that was fitted with four leather chairs and a portable toilet just for the trip. Someone had to continue using the Twitter account of the American president to give the impression that he was somewhere around Mar-a-Lago. Everyone including the president had to surrender their mobile phones before the start of the journey. The airplane had to land with the lights switched off and the window shutters drawn, which is against the basic safety instructions. There was about 32 hours of flight time, to and fro, just for spending about three hours in Bagram.

If these are the signs of victory in Afghanistan, what does defeat look like? 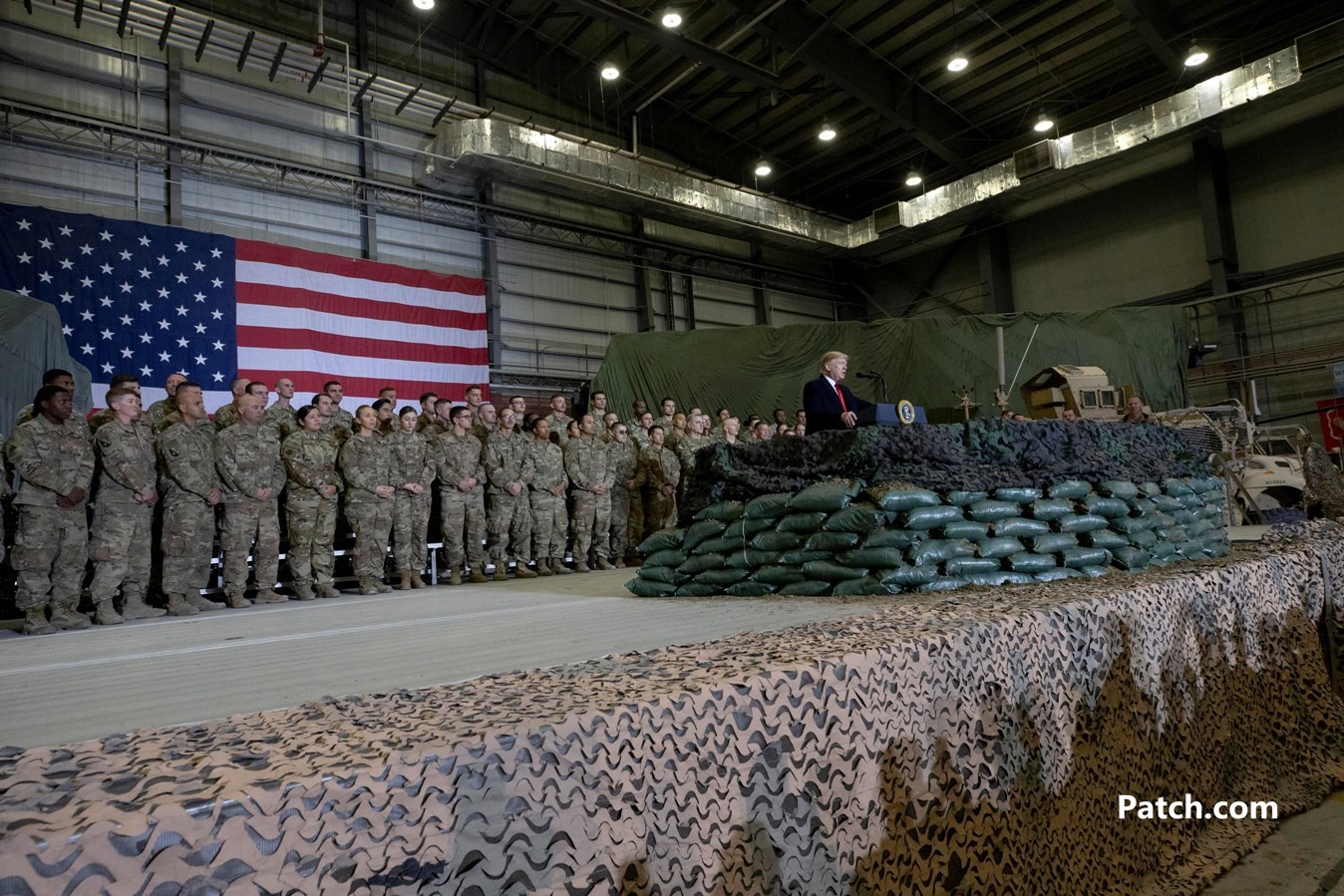 The most newsworthy statement of President Trump in his speech at the Bagram base was that the talks with the Taliban had re-opened after the sudden termination in September, and that the Taliban were ready for ceasefire.

It took just a few hours for this statement to evaporate into the thin air.

The Taliban spokesman told the media that they were ready for the talks but their position remains the same when the talks were terminated.

The position of the Taliban, as reflected in the several rounds of Doha talks, is that the ceasefire would be discussed in the inter-Afghan dialogue which would include the Afghan government, only after the agreement between the Taliban and the Americans had been reached.

The speech of President Trump was as much for the troops as for his voter base back home that loves din and clatter. 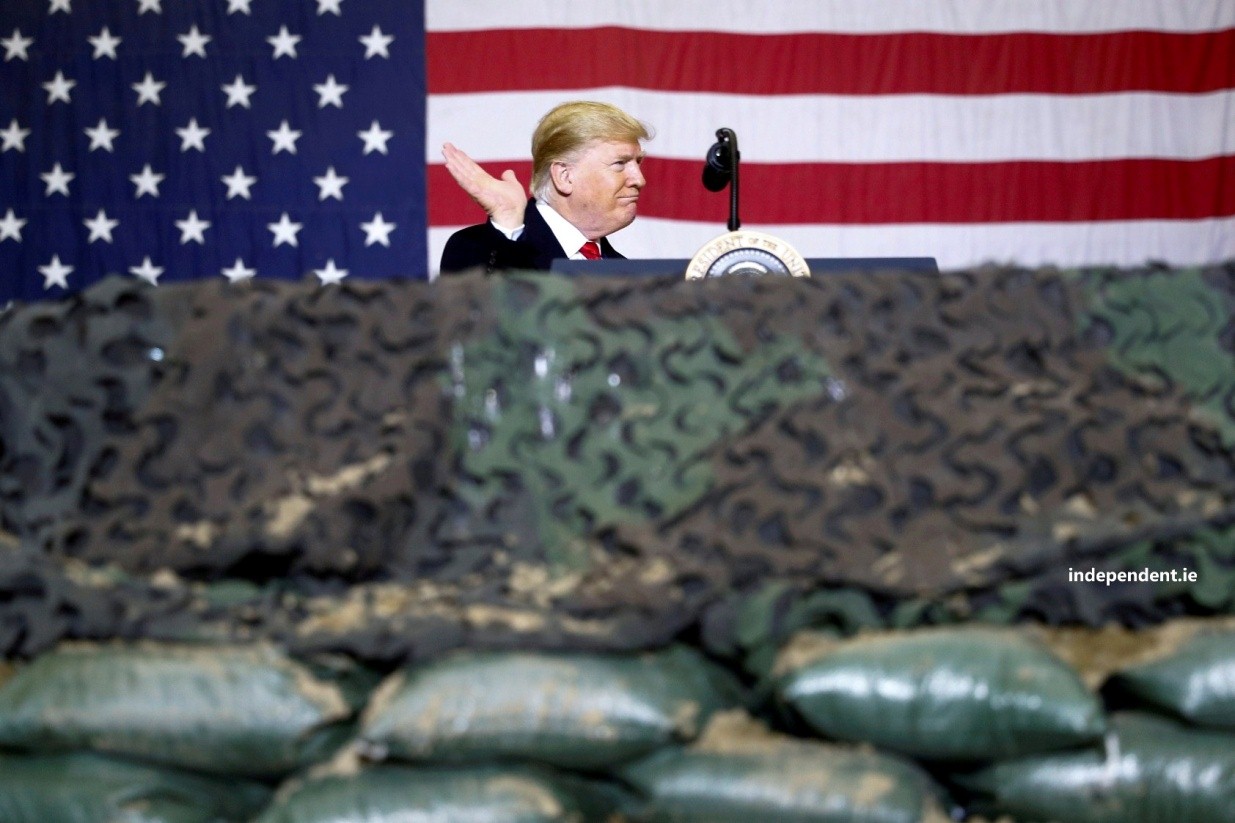 Regardless of the 5043 words of brave noise (including some words by President Ghani), one is hard pressed to find any real substance. Except for the Taliban ceasefire claim which was debunked quickly, there was hardly anything else worthy of serious consideration.

The speech was a heavily patched quilt of sound-bytes in the Trumpesque style – full of praise for the American power and greatness.

It was a campaign speech.

Here is the link to the complete transcript of the speech of President Trump at the Bagram base on 28 November 2019. It also includes the remarks by President Ashraf Ghani of Afghanistan:

As far as Central Asia is concerned, only one paragraph deserves some attention.

President Trump said, “Victory on the battlefield will always belong to you, the American warrior.  In the long run, of course, the future of Afghanistan and nations across this region will not be decided on the battlefield.  Ultimately, there will be — need to be a political solution, and we’re working with the President [Ghani] and we’re working with a lot of people right now on a political solution decided by the people of the region themselves.” 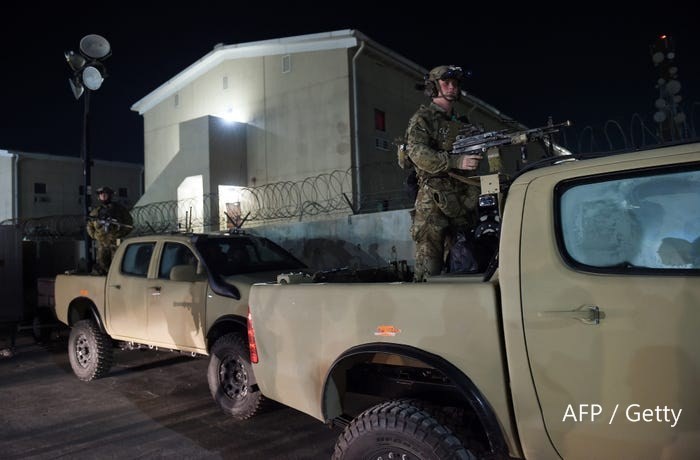 Trying to analyze this paragraph is like trying to look into a black hole – there is possibly something inside but we cannot see it.

One likely explanation is that the American policymakers and decision makers are neither clear nor confident about many things at this stage. /// nCa, 2 December 2019