You are here: Home / Articles And Reports / Revolutionizing Fruit and Vegetable Sector of Turkmenistan – Part 4

In addition to the standardization guide, another area where Ter Onum has done pioneering work is the identification of the links in the supply chain, from the farmer to the consumer.

According to the study carried out by Dovlet and his team at Ter Onum, there are seven links in the supply chain: 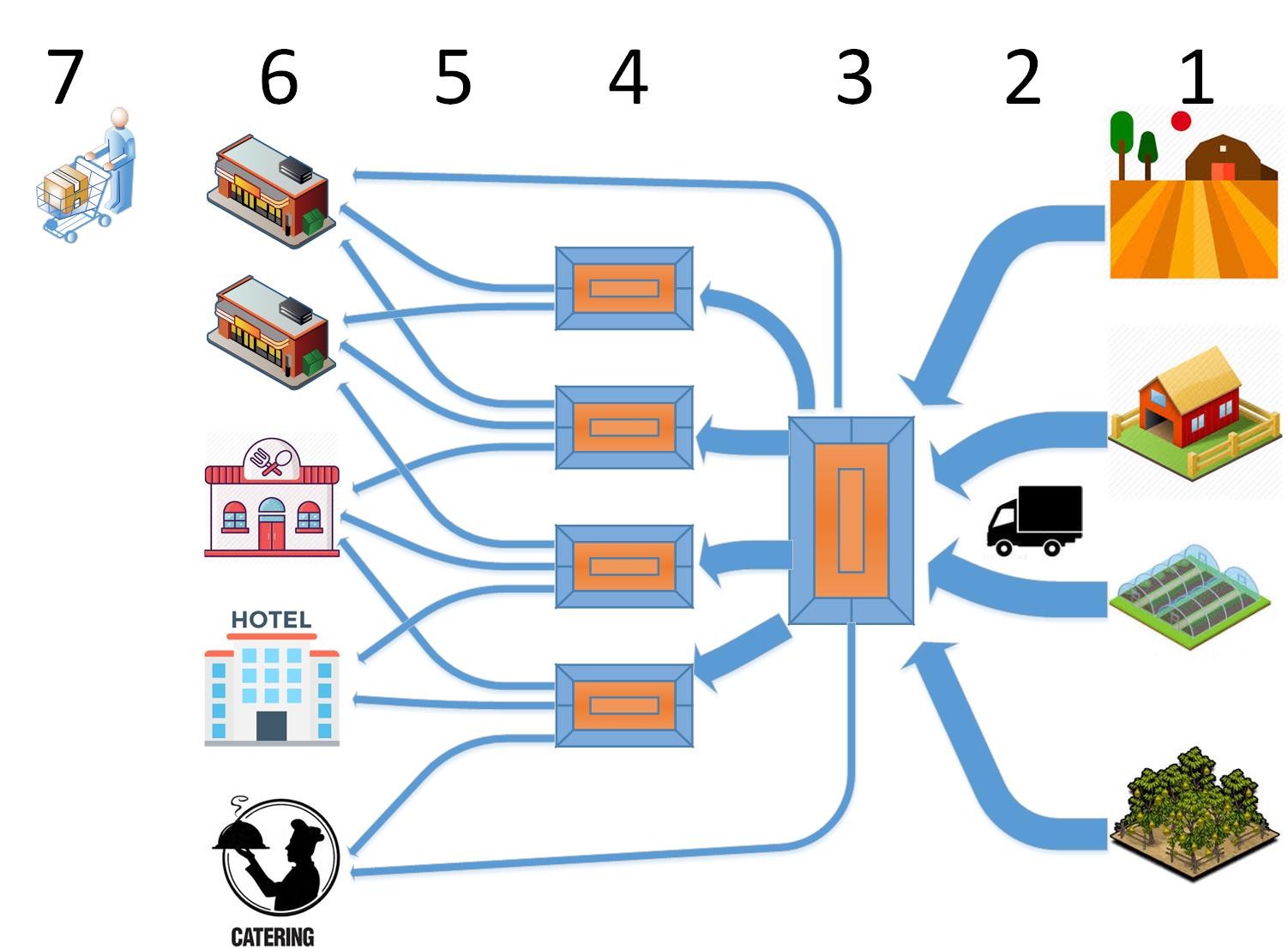 Of course, this is not the case for every batch of fruit or vegetables. Some producers have their own retail outlets, some have contracts with bulk consumers, some will prefer to sell to the food processing industry rather than taking their produce to the retail market, some will use their own production facilities for the production of general consumer items such sauce, ketchup etc.

However, the general pattern of farm to consumer is in the seven steps identified by Ter Onum for the produce to reach the retail consumer.

At present Ter Onum is working in parallel with the prevailing market structure. In doing so, they have cut down the supply chain from seven to four links:

The business model of Ter Onum is that of layered growth – when the first layer gels in place, the next layer is introduced to the structure.

The next step that is in the experimental stage now is to start transporting the produce from the farm directly to the bulk consumers and markets. 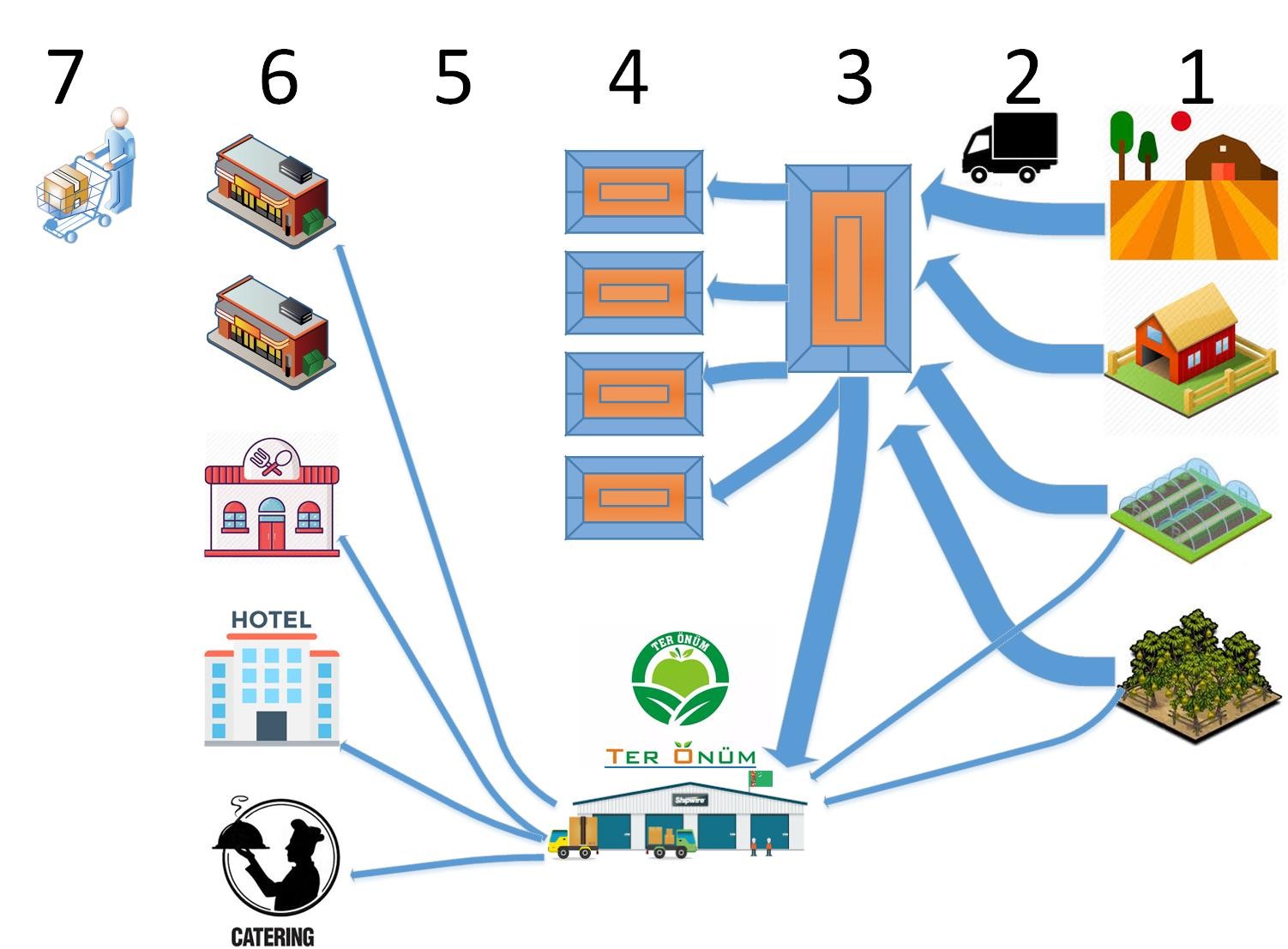 By cutting down the links in the supply chain, Ter Onum may slightly bring down the prices for the end consumers, but the main advantage would be the availability of fresh produce at consistent quality.

Simultaneously, Ter Onum is running some retail stalls at the markets. One such stall is at the Teke Bazar, a hugely popular place for the buyers not only from Ashgabat but from the nearby villages and settlements because there is a bus terminal close at hand with service to places within a radius of 150 km from the capital.

This stall stands out in the market crowded by retailers of fruit and vegetables. The heads of cauliflower at display this Wednesday were larger than those at other shops. The bell peppers and chili peppers gave a more succulent look. The melons were in a natural state, with hardly any signs of fertilizer-induced size or colour.

Such retail outlets are not intended to be the major source of profit for Ter Onum, at least for now. The idea is to study the reaction of the consumers and also to promote brand recognition.

The next layer in the business model of Ter Onum would be the online store. The retail consumers would be able to directly order fruit and vegetables from Ter Onum. It will probably take a couple of months because several logistical steps must be taken before the launch of the online store. /// nCa, 28 November 2019