You are here: Home / Articles And Reports / Turkmenistan-Uzbekistan – Neighbours and Strategic Partners

Ashgabat, 7 March 2017 (nCa) — The summit talks between the presidents of Turkmenistan and Uzbekistan in Ashgabat yesterday (6 March 2017) led to a great breakthrough – the countries signed a treaty, upgrading their relations to the level of strategic partnership. 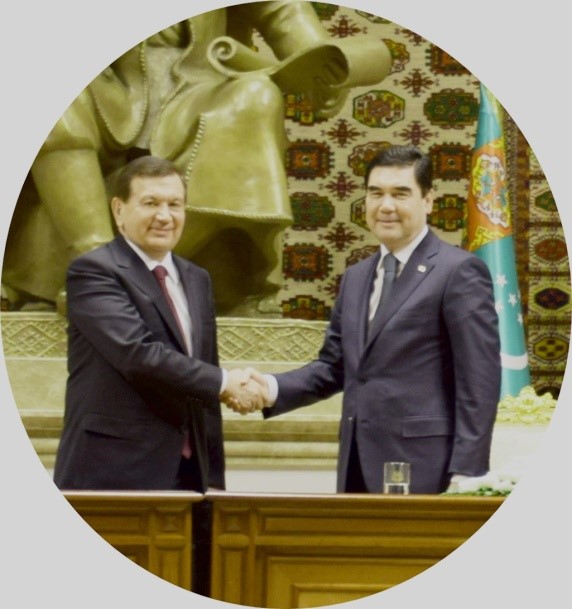 In addition to the treaty for strategic partnership and the joint statement, several bilateral documents were signed:

Separately, some other documents were signed:

The ministry of railway transport of Turkmenistan signed a contract with the Andižan mehanika zawody of Uzbekistan for the purchase of 100 open type railway wagons.

The state concern Turkmenhimiya of Turkmenistan signed a contract with the joint stock company Uzsanoateksport of Uzbekistan for the purchase of 30000 tons of fertilizer superphos with 24 percent phosphorus.

The ministry of agriculture and water resources of Turkmenistan signed a contract with the joint stock company Uzsanoateksport of Uzbekistan for the purchase of specified equipment and machinery. 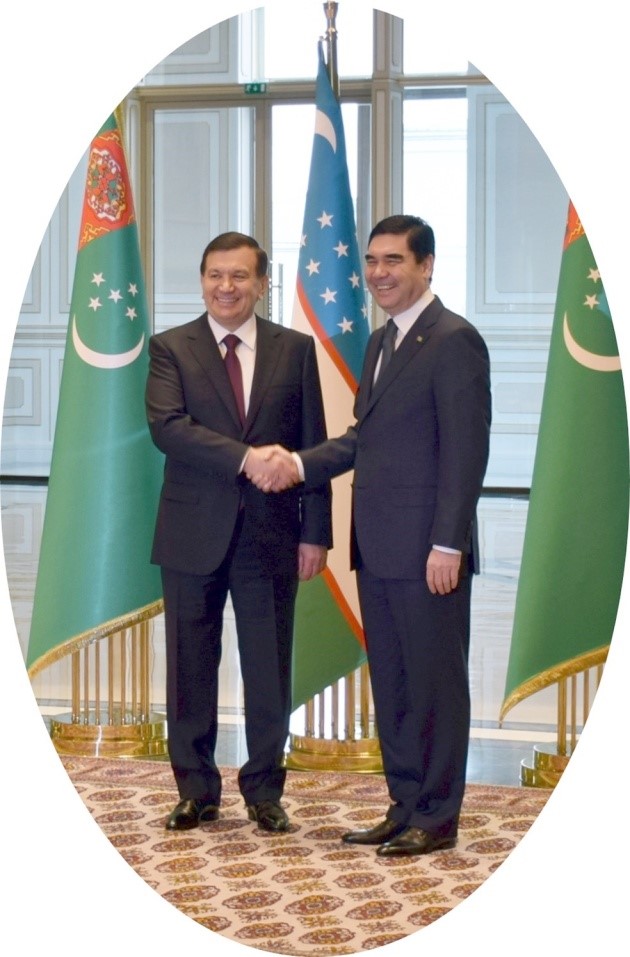 Except for photo-op slots, the tete-a-tete and expanded format talks were not open to the media. GB and SM addressed a press conference after the signing ceremony of bilateral documents.

Here is the gist:

The presidents will travel today to the Lebap province for the opening of the road and rail bridges over the Amudarya River (Turkmenabat-Farab point). These bridges are described by both sides as the crucial component in the revival of the great Silk Road.

President Berdymuhamedov presented yesterday a prized Ahald-Teke horse to the president of Uzbekistan. 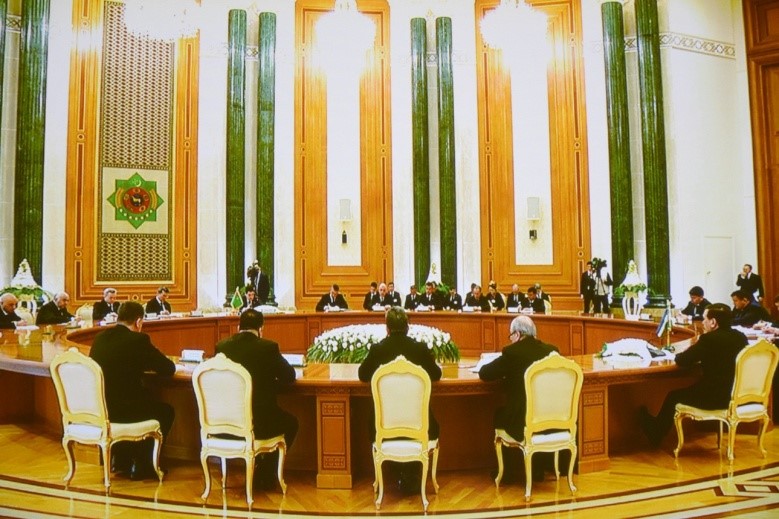 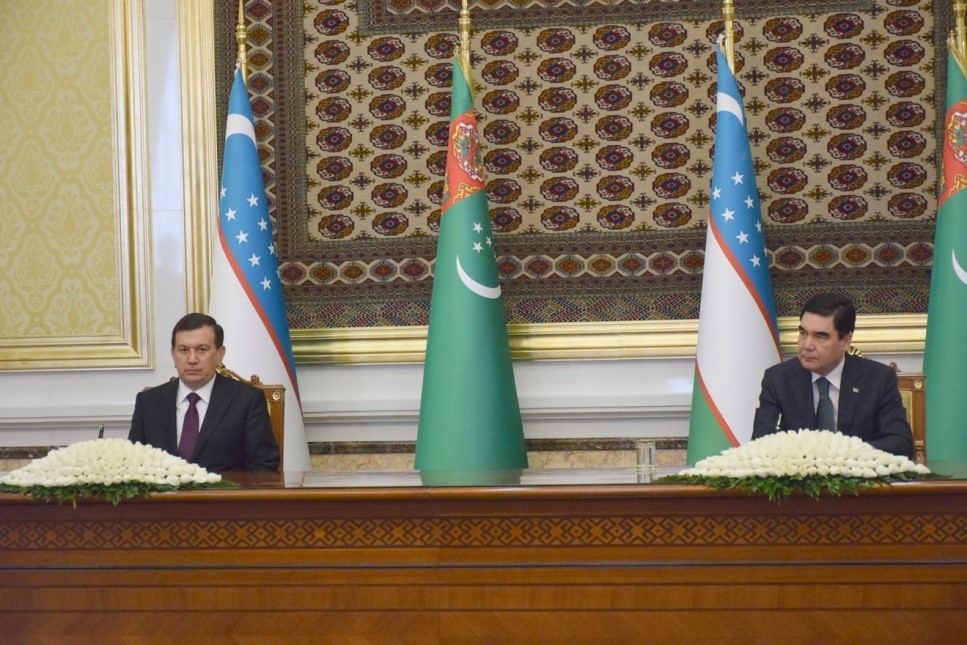 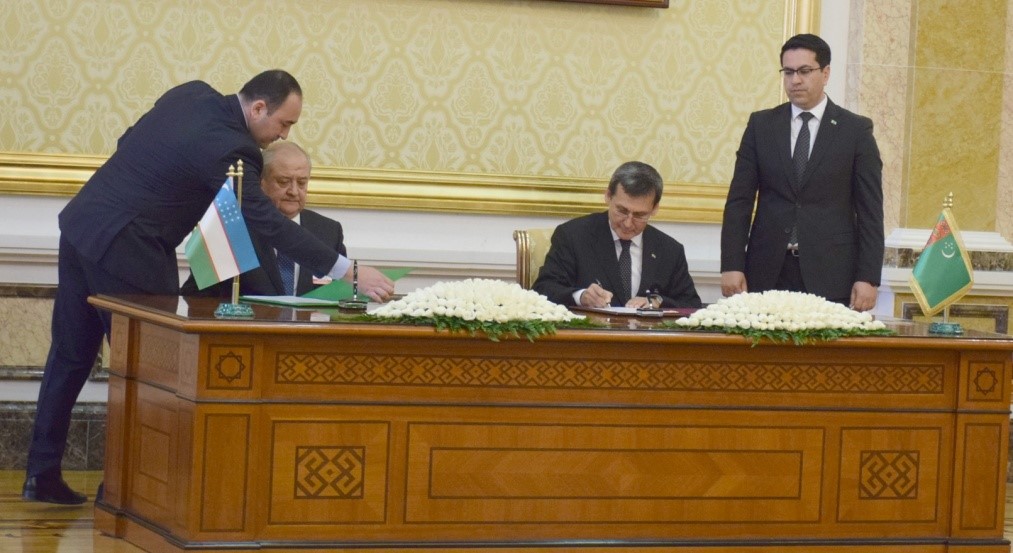 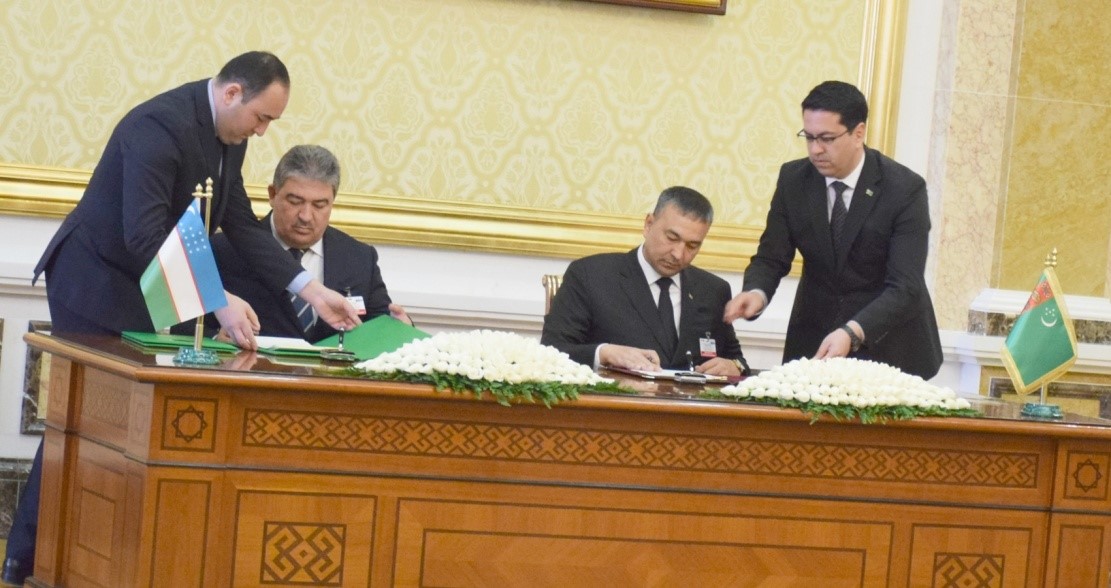 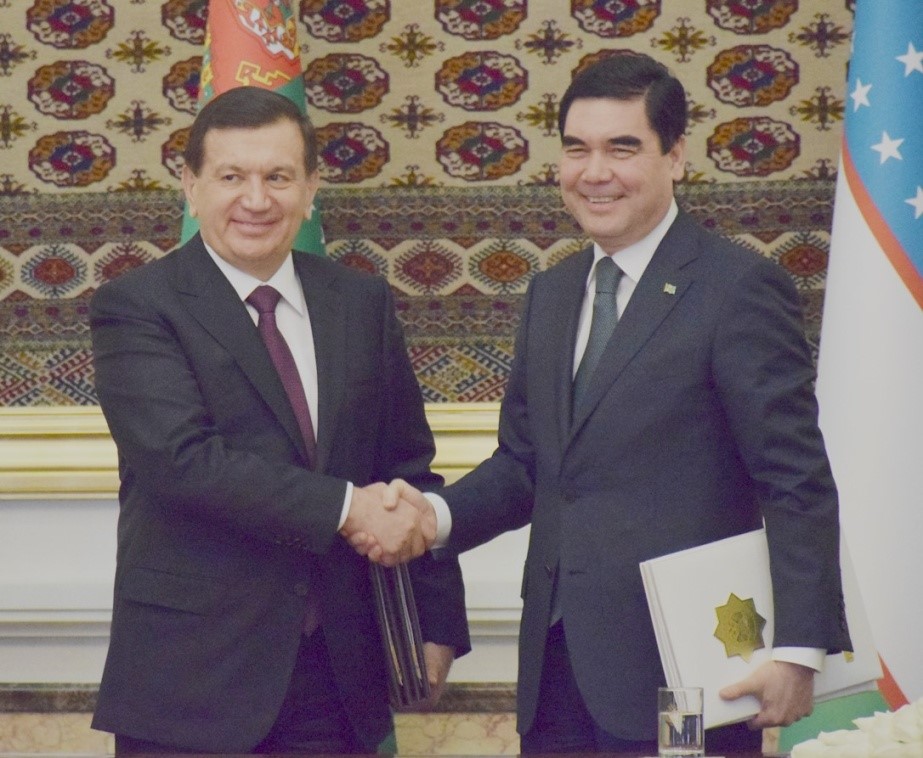 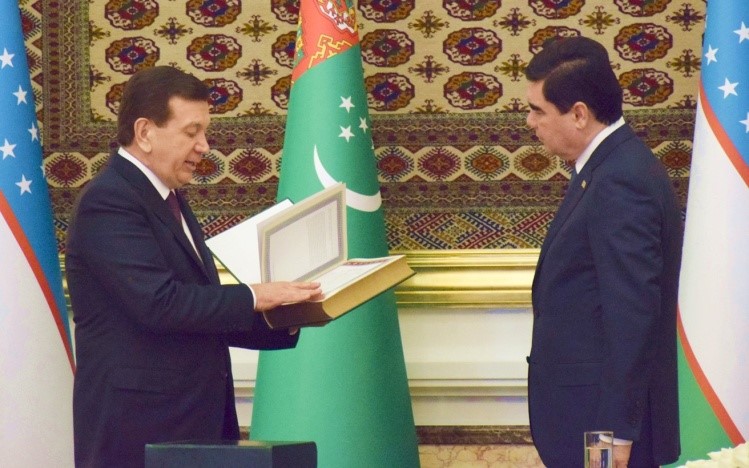 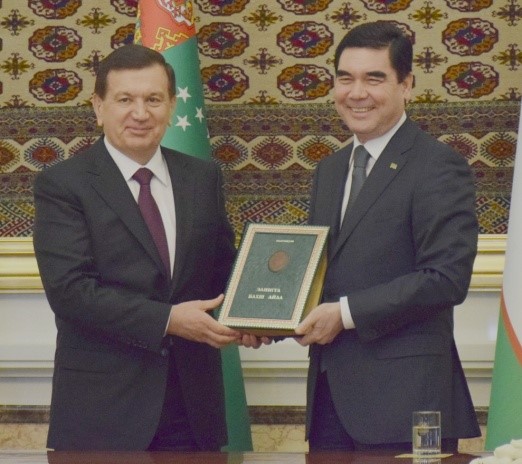 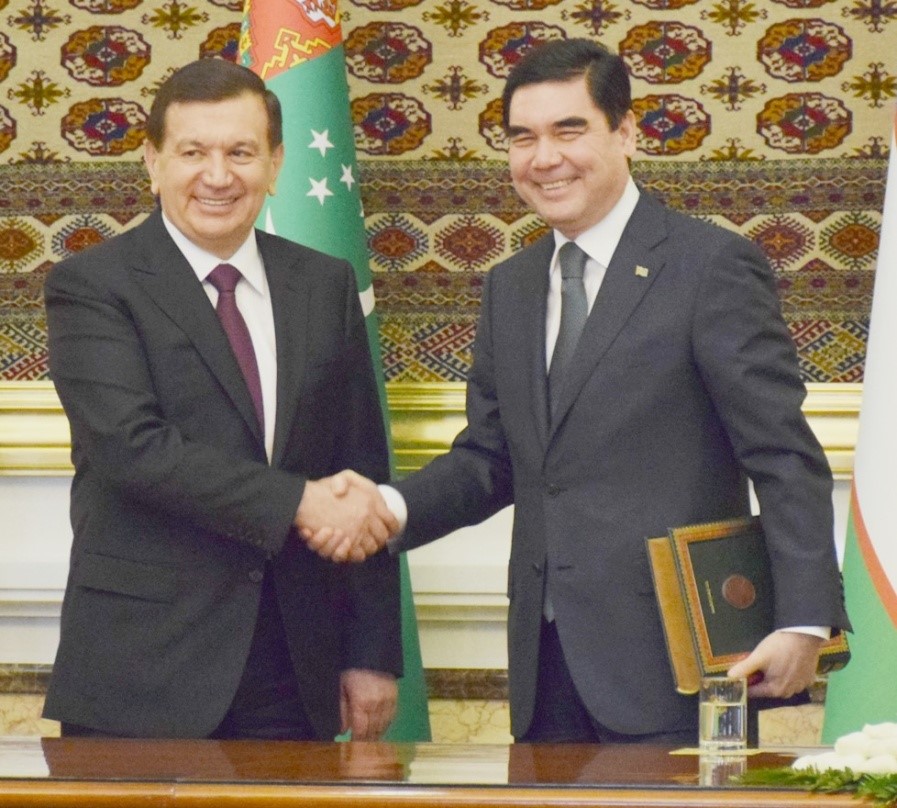 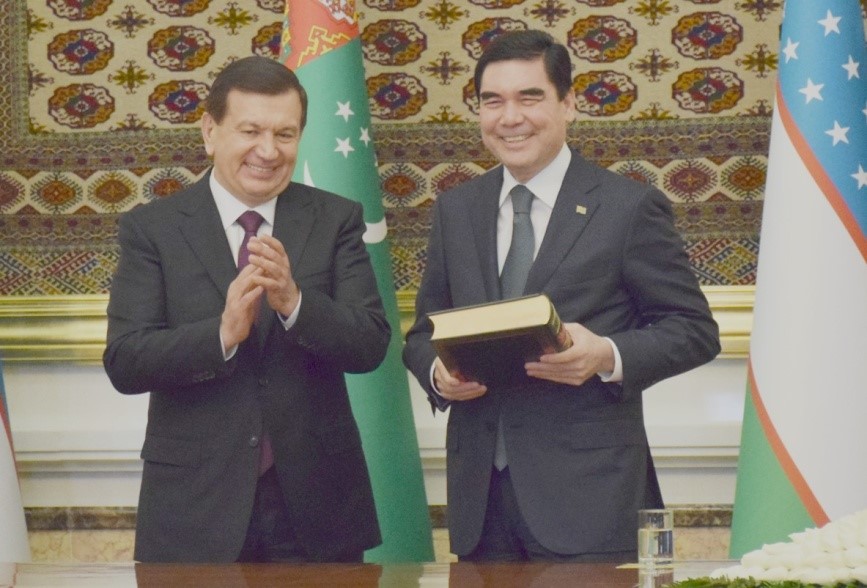 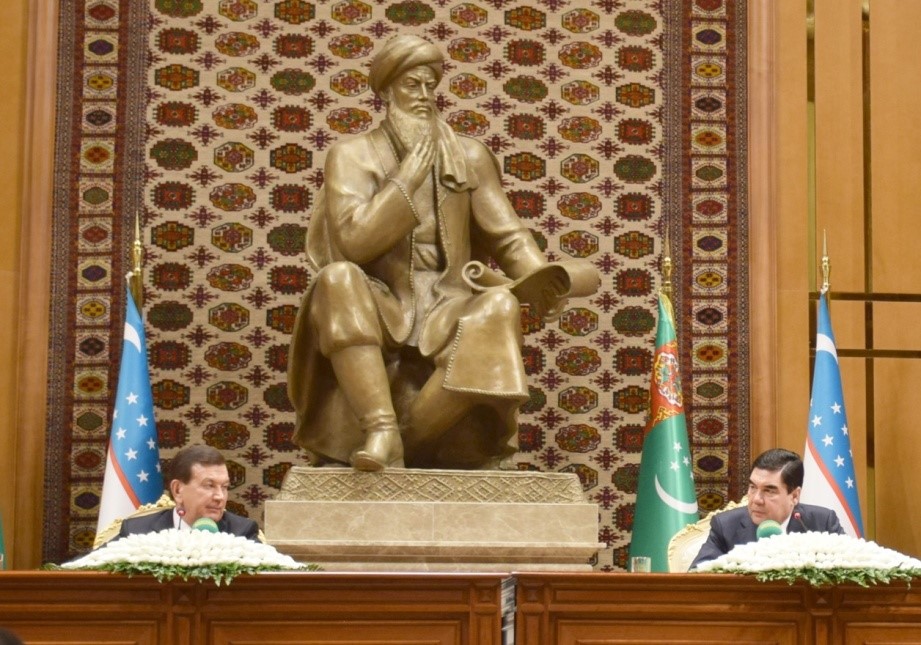