You are here: Home / Articles And Reports / A Judo evening in Ashgabat

The event was cosponsored by the Komatsu company, which is an enthusiastic supporter of Judo, the state committee for sports of Turkmenistan and the Judo federation of Turkmenistan.

Ms. Haruna Asami, the winner of the World Judo Championship 2010 and 2011, and Ms. Nae Udaka, the winner of gold medal of the World Judo Championship in their own weight categories gave graceful demonstration of their extraordinary mastery of Judo. Both of them have conducted training for the female students of the institute of sports and tourism of Turkmenistan and also for professional sportswomen.

The event was organized upon a request from the Turkmen side.

Ambassador Takahiko Katsumata said in his remarks, “Judo is a major Japanese martial art, which was founded in 1882 by Japanese master of martial art Mr. Jigoro Kano. Having studied the styles of different traditional martial arts of Japan, he selected the best portions of them and adding his own concept, he elaborated basic principle of Judo, expressed as  “softness overcomes hardness”, which most effectively requires appliance of mind and body power.”

He said that Judo was based on the principle of ‘softness overcomes hardness,’ which means that even a physically smaller person can take down a bigger opponent by using the opponent’s power skillfully to their own advantage.

“Following today’s event the Embassy of Japan is planning to arrange another sports event in Ashgabat in November with the visit of 4 more Judo masters and 4 masters of Shotokan karate.  More detailed information will be posted on official web site of the Embassy,” said the ambassador. 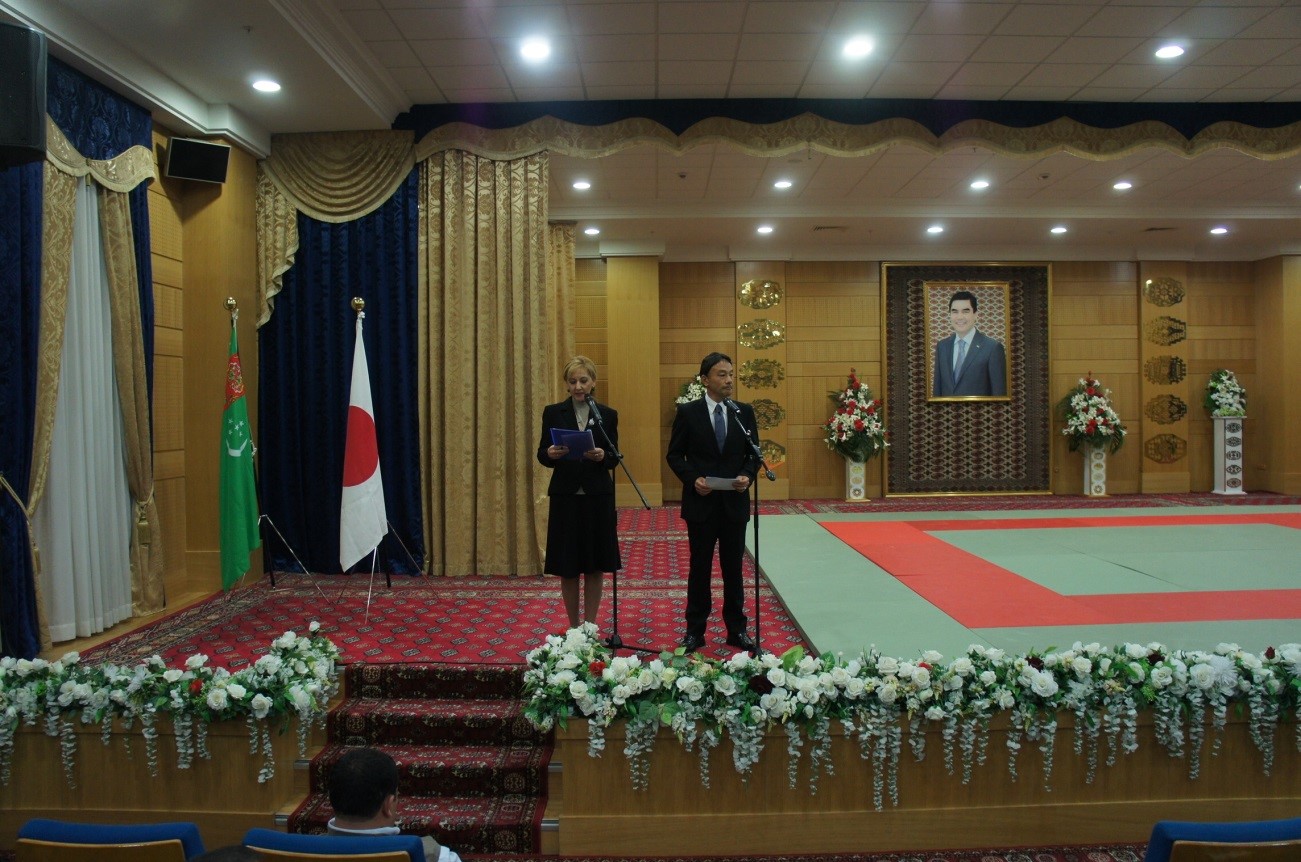 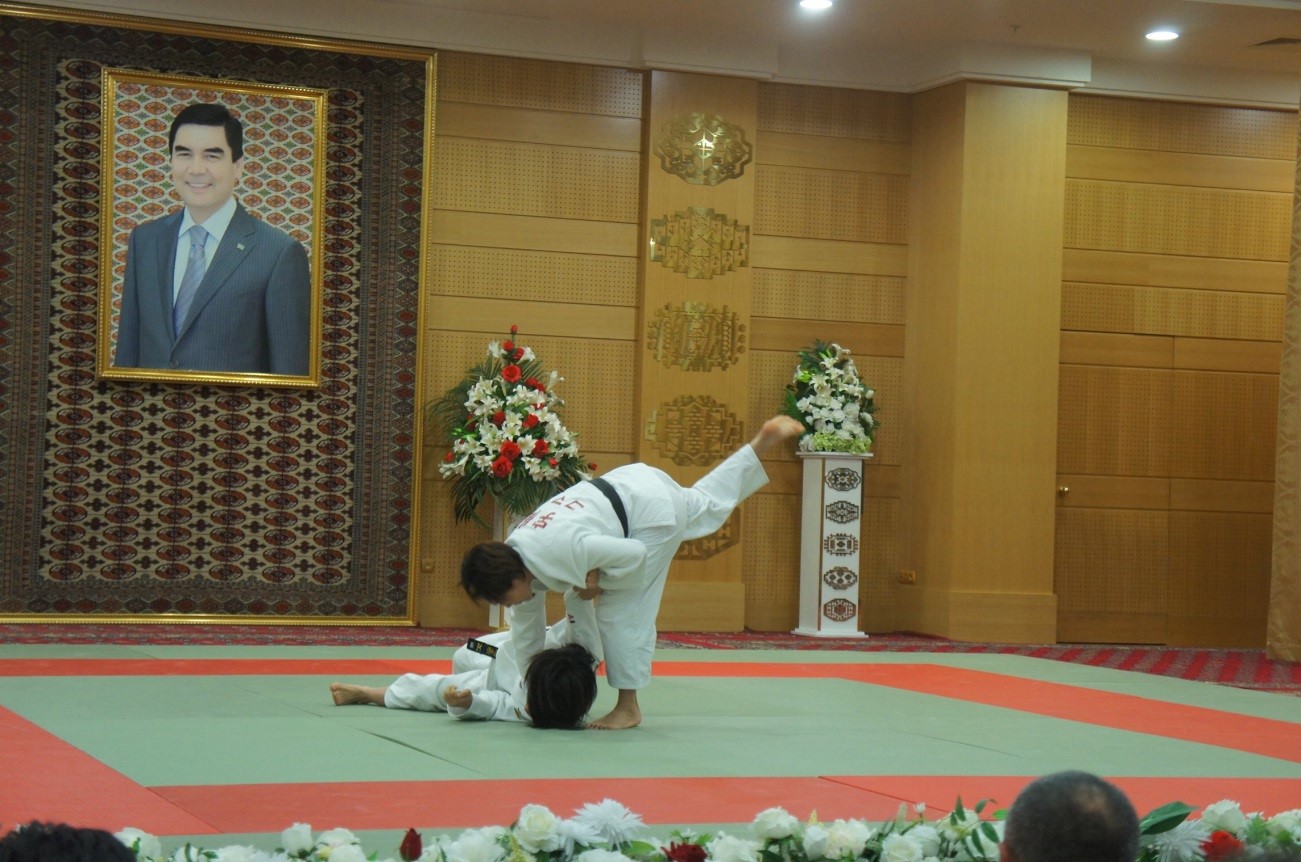 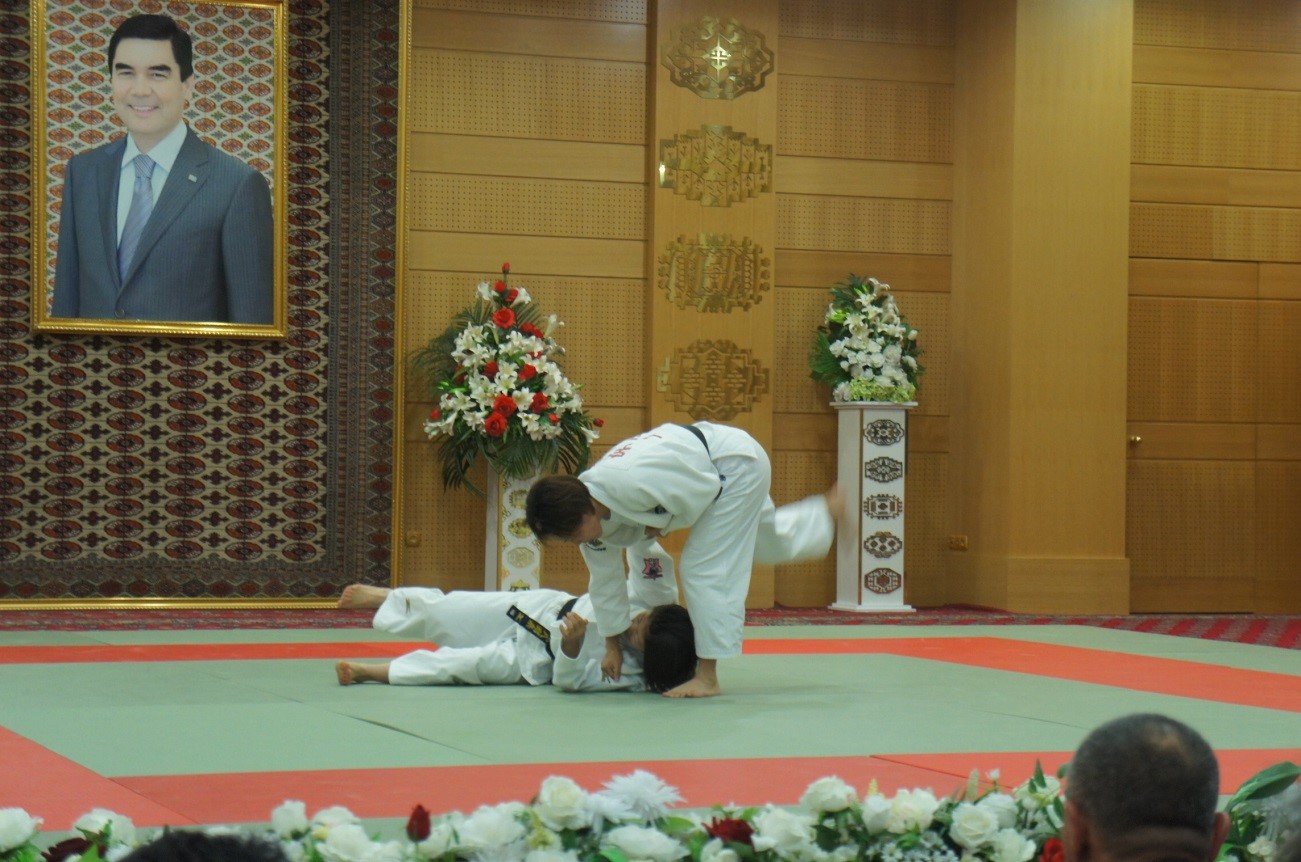 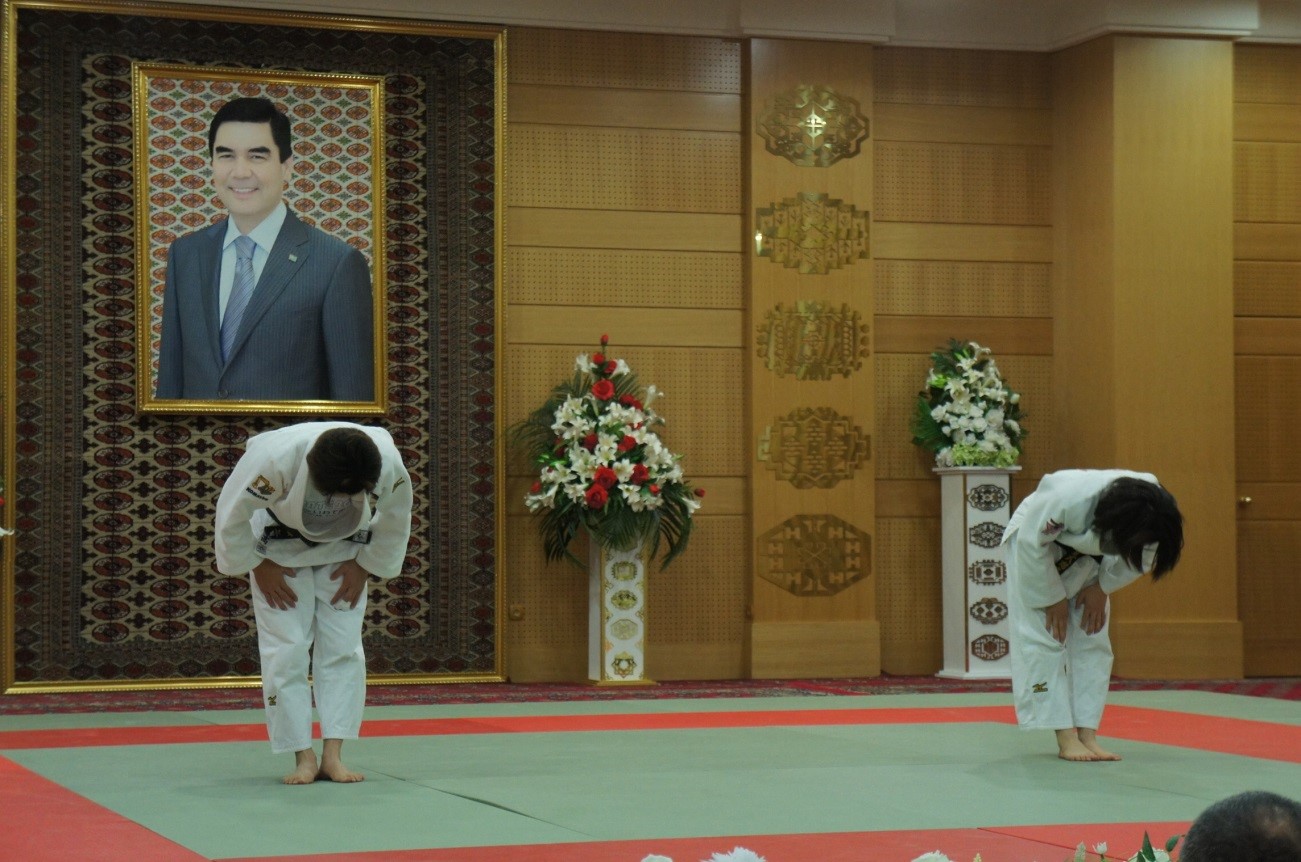 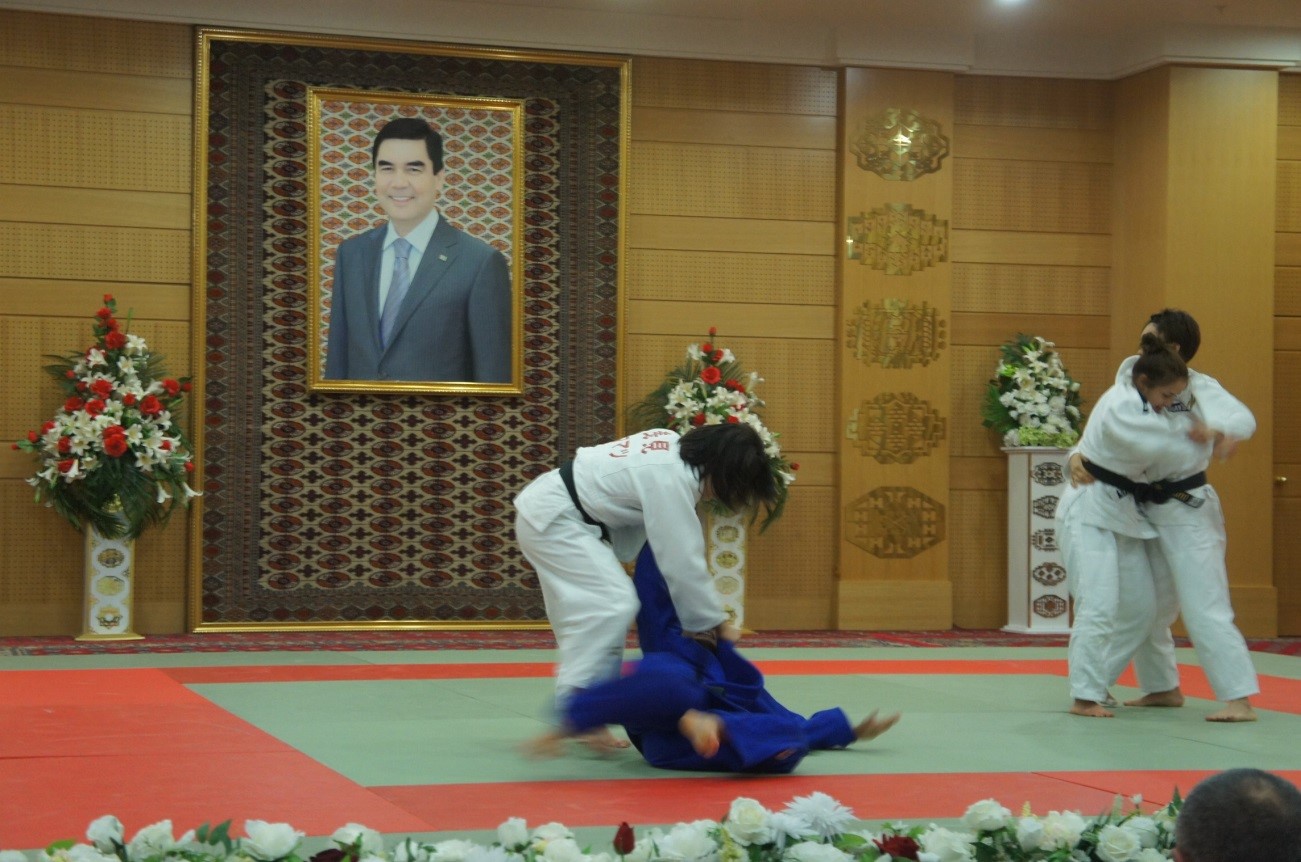