You are here: Home / Articles And Reports / Pompeo offers new areas of cooperation with Central Asia

As reported in their press releases, the foreign ministries of the participating countries, the main topics of the meeting included: 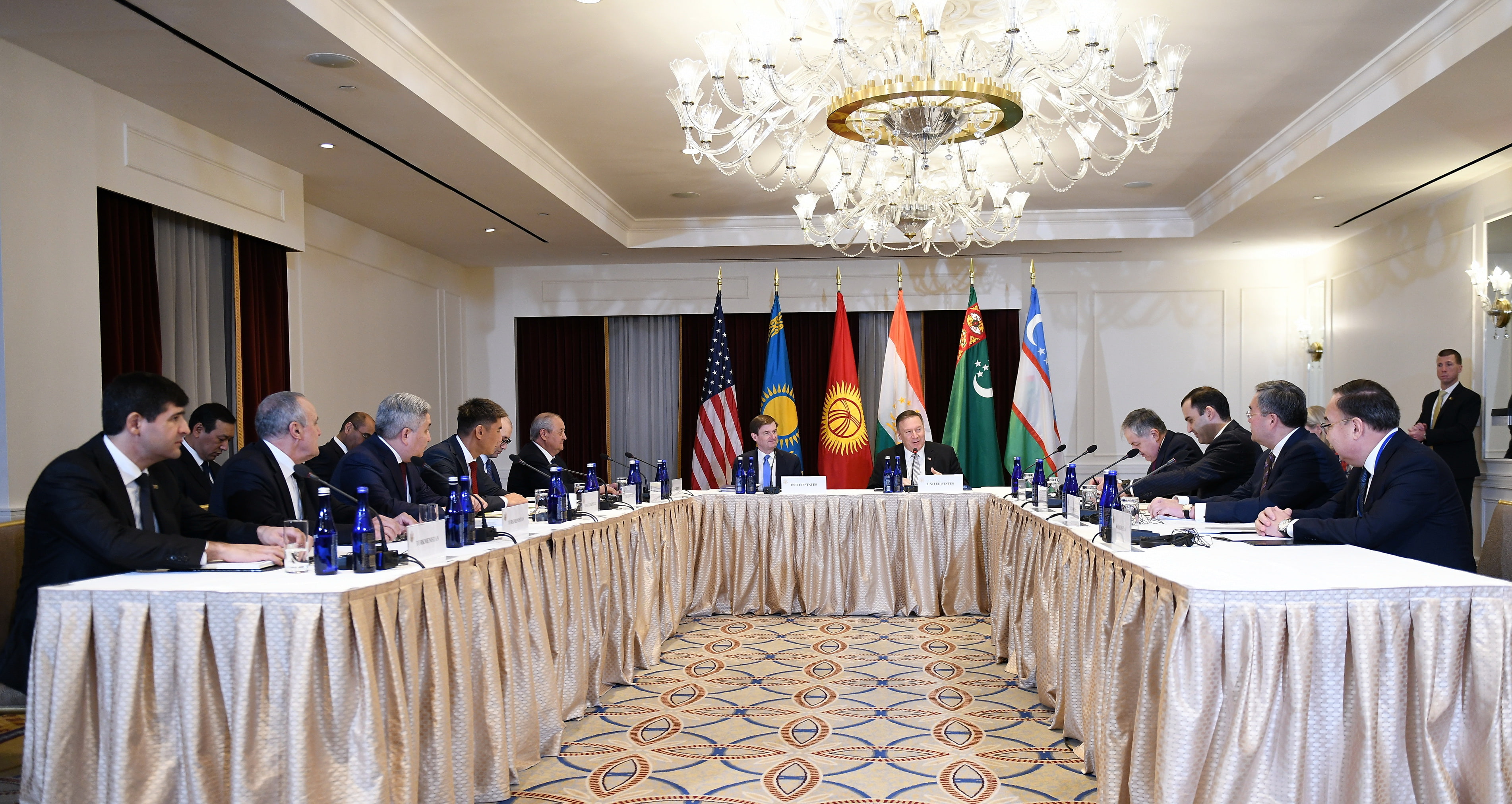 Political, economic and security issues are more or less routine items on the agenda of the C5+1 dialogue. Central Asian foreign ministers and the US Undersecretary of State David Hale had already discussed these topics in the capital of Kazakhstan, Nur Sultan, just a month ago-on 21 August. Within the same format, but at the level of Central Asian ambassadors, on 6 September, the State Department hosted a meeting chaired by acting Assistant for the Bureau of South and Central Asia, Alice Wells.

So, how did the current C5+1 discussion in New York differ from previous meetings? The answer can be quoted from the remarks by Secretary Michael R. Pompeo, where he sounded “new ways that our nations [USA and Kazakhstan, Kyrgyzstan, Tajikistan, Turkmenistan and Uzbekistan] can cooperate.”

“We must absolutely work together on counterterrorism, especially on the difficult but critical task of returning, prosecuting, and reintegrating foreign terrorist fighters and their families. The United States can help you figure out how best to do that and assist you in your process”, he stated.

Then, Pompeo referred to China:

“We don’t want terrorists or drug traffickers to be able to cross your borders with impunity. Greater cooperation on this issue with Central Asia and with Afghanistan will help guarantee the security of your nations and your people”.

Finally, US State Secretary hinted at the prospects of American investments into regional infrastructure projects. “We, of course, respect your right to do business with whomever you wish. But when you do, consider how America does business – openly and fairly and on mutually beneficial terms,” he said, telling about the possibility of independent experts assessing the infrastructure investments in their countries.

When it comes to the Central Asian line of the White House’s foreign policy, it should be kept in mind that Central Asia is a convenient springboard to the zones of strategic rivalry interests such as Iran, Afghanistan, China and Russia.

Therefore, it is necessary to consider the future/current US moves and intentions in relation to Central Asia, together with how Washington behaves with the nearest neighbors of the Central Asian region: