On Wednesday, 17 August 2022, the inauguration ceremony of the pilot project of the Global Transit Document was held in the Avaza National Tourist Zone, Turkmenistan.

The Global Transit Document (GTrD), which is a universal digital solution in the development of multimodal transport, was developed by the Permanent Secretariat of the Intergovernmental Commission of the International Transport Corridor Europe–Caucasus–Asia (TRACECA), the International Center for Transport Diplomacy, the CIS Intergovernmental Council of Road Builders, global IT developers, as well as with countries that have shown interest in the pilot launch of GTrD.

In addition, the customs agencies of Azerbaijan, Kazakhstan, Uzbekistan, Tajikistan, observers, the beneficiary of the TRACECA–Turkmenistan and UNESCAP were involved in the development of the GTrD as part of the working group. 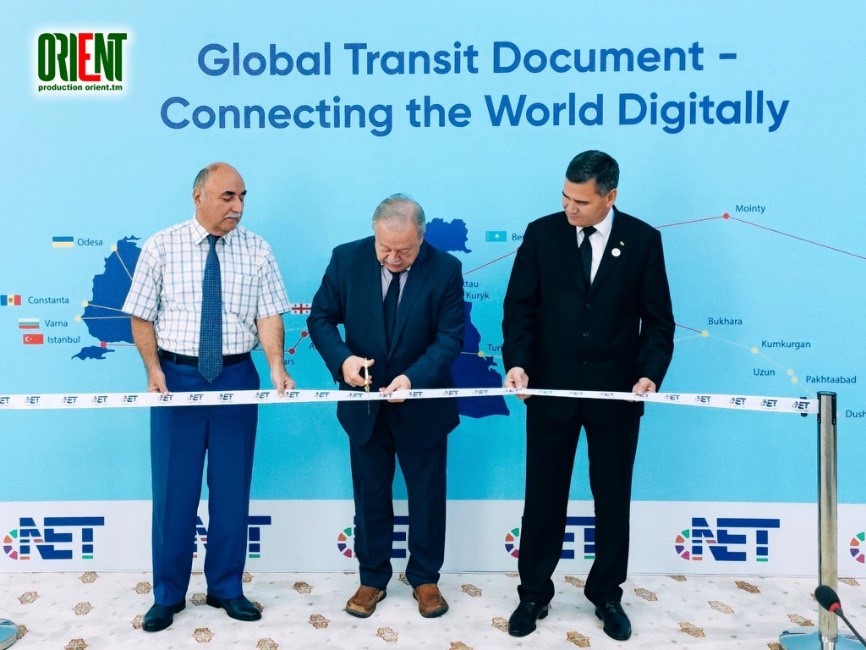 After a two-year revision of the project, in 2022, joint work began on the preparation of pilot transportation.

Addressing the participants of the ceremony via teleconference, the Secretary General of the Permanent Secretariat of the Intergovernmental Commission of the International Transport Corridor Europe–Caucasus–Asia (TRACECA) Asset Asavbayev stressed that the introduction of the Global Transit Document will significantly contribute to the digitalization of global supply chains within the framework of the Ashgabat process.

Thus, the implementation of the digital concept of the international transport corridor will create a regional digital system combining various modes of transport. This is of particular importance given the fact that most of the TRACECA member countries, primarily the Central Asian countries, are landlocked.

As noted, TRACECA is actively working to ensure the implementation of the norms and provisions of international instruments, as well as promoting its own initiatives aimed at maximum simplification and digitalization of border crossing, transit and trade procedures for a sustainable and effective post-pandemic recovery.

The unified Global Transit Document is aimed at optimizing the management of the transport process along multimodal corridors connecting various regions and continents.

The GTrD implies the use of the blockchain platform, which will accelerate the document management for international cargo transportation. At the same time, the data will be open to everyone, but completely protected from unauthorized interference.

Digitalization of the global transit network using the GTrD will allow to extend the customs guarantee and insurance regime, as well as ensure the traceability of goods and vehicles along the entire route from the departure point to the destination.

Within a month period, the project participants will prepare a Plan of practical steps for the implementation of the GTrD pilot project in 2022-2024.

The launch ceremony of the pilot project of the GTrD was attended by Igor Runov, Executive Secretary of the International Center for Transport Diplomacy, Buri Karimov, Chairman of the CIS Intergovernmental Council of Road Builders, as well as representatives of Kazakhstan, Tajikistan, Turkmenistan and Uzbekistan.

Following the ceremony, a joint statement was adopted which confirmed their readiness of the parties for further cooperation to promote the proposal to create a global digital transit network at various levels, as well as within the framework of the United Nations. ///nCa, 18 August 2022 (photo source – Orient)