The Darvaza gas crater or the Shining Karakum is located 270 kilometers from Ashgabat in the central Karakums. Back in Soviet times, in 1963, an attempt was made to drill an exploration well there, but a gas-filled void was discovered at a shallow depth. A sinkhole was formed with a depth of 20 meters and a diameter of 60 meters. Then the engineers hoped that the crater would burn out in a few days. But the reality turned out to be that the crater, which is also called the Gates of Hell, is timeless. 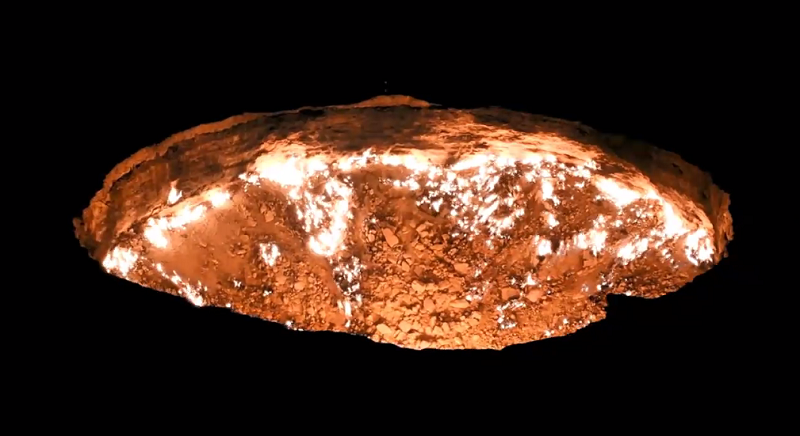 At the international conference “Environmental Aspects of in the development of hydrocarbon resources” Director of the Natural Gas Research Institute of the State Concern “Turkmengaz” Bayrammyrat Pirniyazov shared the plans to curb the fiery cavity.

The Institute studied the geological structure of the Darvaza group of deposits. Their main feature is the presence of a large number of thin, low-power strata lying at a depth of 200 to 950 meters, layered with aquifers.

Currently, 39 wells are under development at the Darvaza, Takyr, Shikh, Chemerli, Chaljulba fields. It was also identified that layers and deposits interact with each other. The rocks of the crystalline basement, which are “older” than the Permo-Triassic period, have been uncovered by exploration wells drilled within Central Turkmenistan.

“Burning crater has a negative impact on the environment. In addition, natural gas is wasted, which can bring significant profit,” Pirniyazov said.

Of course, efforts have already been made to study the condition of the crater. Specialists of the Turkmengaz Concern went down to its bottom. The idea was to find out the availability of the remains of the wellbore and if so, it was possible to mount the fittings with flexible pipes, so that the gas outlet could become manageable. However, the team had failed to find any remains of the borehole.

Moreover, data from producing wells confirmed that gas flows between the layers along the section. This explains the fact that a well with small gas reserves has been a source of combusting for a long time. 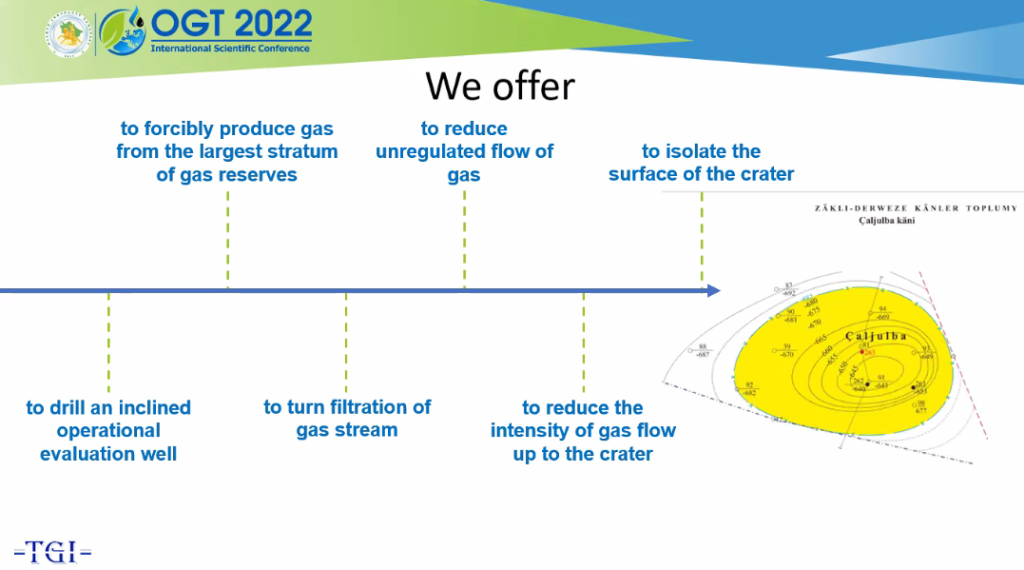 The Natural Gas Research Institute has developed the following plan.

Firstly, it is proposed to drill inclined operational and evaluation wells at the Darvaza field.

Secondly, to forcibly produce gas from the largest stratum of gas reserves and turn the filtration of gas stream. Thus, unregulated gas flows into the crater can be reduced.

After reaching the intensity of the gas flow, it will be possible to isolate the surface of the crater. Thus, the uncontrolled release of gas into the atmosphere will stop.

Pirniyazov emphasized that Turkmenistan invites all interested scientists to cooperate in the implementation of this unique project to capture the gas crater. ///nCa, 24 June 2022