President Gurbanguly Berdimuhamedov gave an interview to representatives of a number of TV channels and authoritative publications of the People’s Republic of China, which is a long-standing and reliable partner of our country. Ms. Yu Xiaoshuang, press officer of the Chinese Embassy in Turkmenistan, took part in a Q&A session with the leader of the nation.

The huge interest in Turkmenistan from representatives of the leading TV channels and the press of China, which has an audience of many millions, is another evidence of the growing international prestige of our country, which promotes initiatives of global significance under the leadership of the head of state.

– Dear Mr. President, I am the press officer of the Embassy of the People’s Republic of China in Turkmenistan. In a few days, you are planning to visit China and take part in the opening ceremony of the 2022 Winter Olympics in Beijing. Please agree to answer questions from CCTV, CGTN in Russian, People’s Daily, and Xinhua News Agency.

– First of all, let me thank the management of CCTV and CGTN in Russian for the initiative to organize this interview. Communication with such authoritative and respected mass media, which has an audience of millions both in China itself and far beyond its borders, will certainly contribute to even greater mutual understanding between our two friendly peoples and states.

As for my decision to take part in the opening ceremony of the Winter Olympics in Beijing, it is dictated primarily by the understanding of the great importance of this event for the entire planet.

Historically, the Olympic Games have always personified peace and friendship between peoples, the cessation of hostility and wars, the unity of people of different nationalities, political beliefs, their commitment to the high ideals of the Olympic movement, designed to promote mutual understanding, openness and sympathy between peoples and states. As the President of Turkmenistan, a country committed to precisely these principles in its domestic and foreign policy, I gratefully accepted the invitation of the distinguished Chairman of the People’s Republic of China. 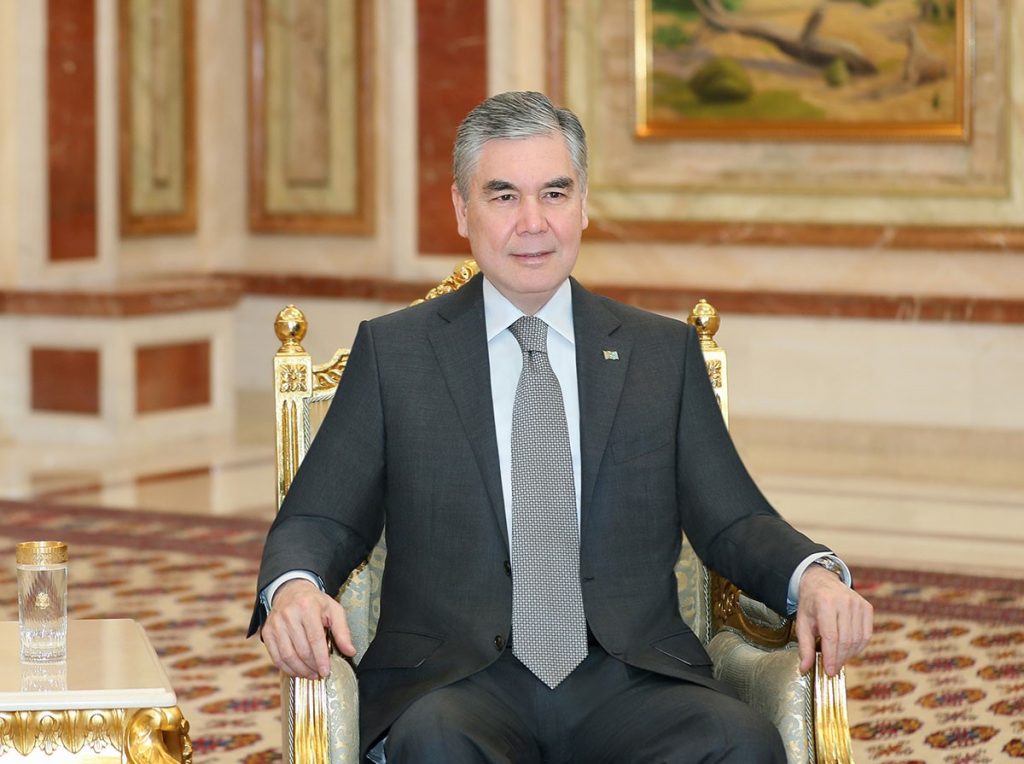 – What are your expectations from the Winter Olympics?

– I am sure that they will be held at the highest organizational and sports level, in an atmosphere of fair competition, respect for each other, with great spectator interest.

We closely followed China’s preparations for the Olympics, saw how much has been done, what magnificent facilities have been built, what innovative and high-tech solutions have been introduced and used.

Your country has once again shown that it is capable of successfully tackling the most ambitious tasks.

I am convinced that the upcoming Olympics will bring many outstanding results, will become a bright event in the history of world sports, a real holiday for millions of people in various parts of the Earth.

– China was one of the first countries that established diplomatic relations with Turkmenistan in 1992, and also supported Turkmenistan in pursuing a policy of permanent neutrality. Over the past 30 years, China and Turkmenistan have built close trusting, mutually beneficial and equal relations. In your opinion, in what areas is this cooperation progressing most effectively, contributing to the development and prosperity of both countries, serving the cause of peace and mutual understanding on the world stage?

– We highly appreciate and will never forget the support provided by China during the formation of Turkmenistan as an independent state, respect for our neutral status and the foreign policy built on this basis.

In turn, Turkmenistan always clearly and unambiguously formulates its approaches to issues relevant to our Chinese partners, including those related to the territorial integrity and unity of the People’s Republic of China.

We firmly adhere to the “One China” policy and support the peaceful development of cross-shore ties and the peaceful unification of China.

For Turkmenistan, China is not just a great state, a powerful world economic and industrial center, a vast and promising market. This is a reliable and trusted friend. Our relations today are of a long-term, strategic nature. They have passed the test of time, proved their effectiveness and are currently a serious factor in stability and development in the Eurasian space.

We are united with China by the closeness of our worldview, goals and objectives in matters of global peace and security. This allows the two countries to successfully interact on the world stage, within the framework of major international organizations, primarily the United Nations, provide each other with support, coordinate political and diplomatic efforts to promote and implement constructive solutions. This nature of our relations meets the true interests of the peoples of Turkmenistan and China, has a great positive impact on the development of processes on the Eurasian continent and in the world as a whole.

A special place on the agenda of the Turkmen-Chinese dialogue is occupied by the discussion of the situation in Central Asia. Here, the positions of our countries also coincide: both Turkmenistan and the People’s Republic of China are in favor of creating a strong security system in the region based on a multilateral balance of interests and commitment to political and diplomatic methods for solving emerging problems.

In these issues, both Turkmenistan and China act as responsible members of the world community, making a significant practical contribution to the creation of regional mechanisms for interaction and supporting the positive trends observed in the region.

One of the priorities of cooperation between Turkmenistan and the People’s Republic of China is the fuel and energy sector. Which, of course, is understandable: our states have a huge potential in this sector. Evidence of this was the construction and commissioning at the end of 2009 of the strategic gas pipeline Turkmenistan-China. The implementation of this project was an example of a truly partnership based on equality, awareness of mutual advantages, on a large-scale vision of the prospects and opportunities that opened up with the start of the gas pipeline.

This is also a real, practical embodiment of the goal of ensuring a balance of interests of all participants in pipeline energy projects – producers, transit countries, and consumers.

Today we are working on the issues of increasing the volume of supplies of Turkmen natural gas, taking into account the growing needs of the economy of the People’s Republic of China and the possibilities of the resource base of Turkmenistan. In this regard, we are ready for a substantive discussion of the possibilities of building the 4th pipeline route from Turkmenistan to China.

Work is proceeding fruitfully within the framework of the Turkmen-Chinese Committee for Cooperation, at a meeting of which in November 2021 5 documents were signed, including the Cooperation Program between the Government of Turkmenistan and the Government of the People’s Republic of China for a period of 5 years (2021-2025). We see this Program as a solid foundation for moving forward.

Speaking in general, the two states have a huge space and prospects for interaction in politics, economy and trade, transport and energy, investment, high technology, cultural and humanitarian fields. 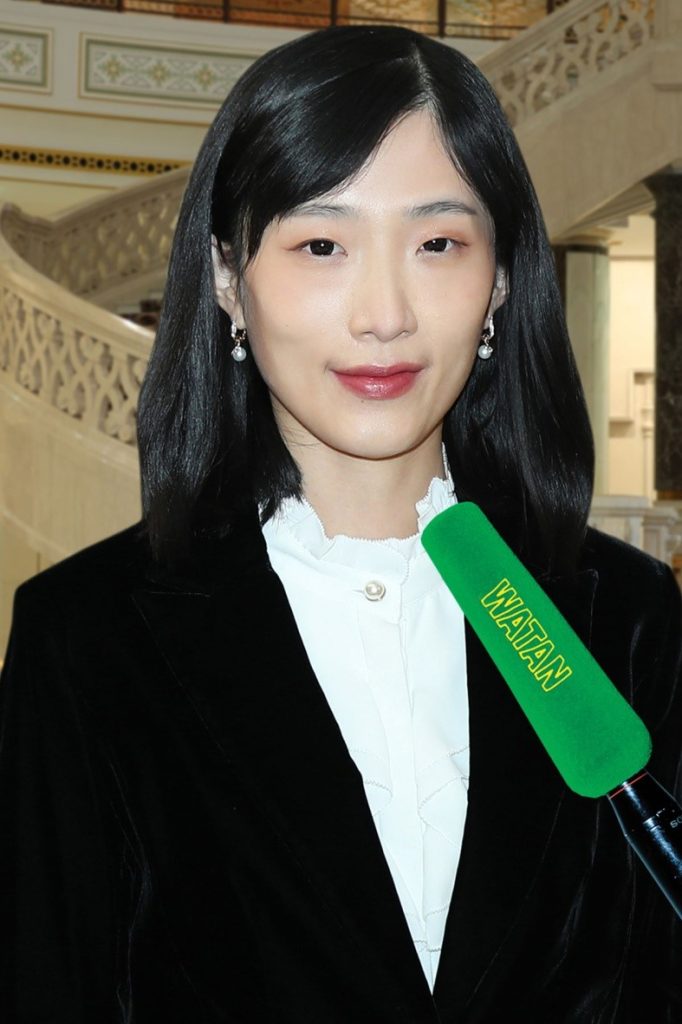 – China and Turkmenistan have launched large-scale initiatives, respectively, “One Belt – One Road” and “Revival of the Great Silk Road.” How do you assess these two strategies in terms of their long-term mutual interests?

– The presence of objective mutual interests allows Turkmenistan and China to successfully build up partnership in the context of the implementation of the above strategies. Both of them are designed to give a powerful impetus to the economic development of Eurasia, uniting vast expanses from the Pacific to the Atlantic oceans on modern principles, forming interconnected production and technological cycles and industrial belts, contributing to the solution of many social problems, improving the quality of life and the well-being of peoples.

I am convinced that the cornerstone of the new look of geo-economics on our continent should be the diversification of cooperation. This is an objective process, and in it any constructive ideas, strategies and initiatives are designed to complement each other based on a combination of interests and long-term goals.

In this context, I believe that the concept of “Revival of the Great Silk Road” in its philosophy and geo-economic meaning is associated with the Chinese initiative “One Belt – One Road”.

– Like giant pandas for China, Akhal-Teke horses are considered a national treasure for Turkmenistan. In China, they are also loved and called “heavenly argamaks.” These rare animals arrived in China 2,000 years ago along the ancient Silk Road. As we know, you are an expert in the study of horses. In May 2014, you presented an Akhal-Teke horse to China when you and President Xi Jinping attended the meeting of the International Akhal-Teke Horse Breeding Association and the opening ceremony of the China Horse Breeding Culture Festival in Beijing.

In your opinion, in order to promote the long-term development of bilateral relations, in addition to political and economic cooperation, what remains to be done to expand and deepen exchanges in culture, education, science and technology, sports and other humanitarian areas?

– The example you mentioned with the Akhal-Teke horses is evidence that Turkmenistan and China are countries with an ancient and rich history, and our relations go back to the mists of time.

In this context, the most serious study, understanding and application of this outstanding heritage to modern realities and conditions require huge layers of historical ties between the peoples of Turkmenistan and China. And here, scientists and historians of the two countries have wide opportunities for fruitful joint work.

The cultural and humanitarian sphere is one of the key factors in strengthening friendship and mutual understanding between the two countries. Our peoples have a mutual interest in the art and literature of Turkmenistan and China, and the states encourage this by creating favorable conditions for broad contacts between representatives of the creative and scientific intelligentsia.

We agreed with the leadership of the People’s Republic of China to continue to pay due attention to this.

The priority vector of cultural and humanitarian cooperation between Turkmenistan and China is the educational sphere. We highly appreciate the willingness of our Chinese partners to accept our young men and women who are studying technical and humanitarian specialties in the best educational institutions of the People’s Republic of China.

Cooperation will also develop in sports. This was evidenced by the participation of a representative Chinese delegation in the V Asian Indoor and Martial Arts Games in Ashgabat in September 2017. I am convinced that the upcoming Winter Olympics will also give a powerful new impetus to the development of sports cooperation between our countries.

In a word, time works for us and for future generations. The potential of cooperation between Turkmenistan and China in the humanitarian sphere is objectively in demand in the interests of the mutual rapprochement of the two peoples and states, and it will have comprehensive state support.

– Mr. President, you are giving this interview during the Spring Festival, the Chinese New Year. We would like to take this opportunity to ask you to convey New Year’s greetings to the Chinese people.

Congratulating the people of China on the New Year, I wholeheartedly wish them peace and prosperity, the fulfillment of all the planned development plans, the achievement of new outstanding results in the development of the economy and the social sphere, and further steady improvement in the level of well-being and quality of life. I am sure that the wise and far-sighted domestic and foreign policy of the leadership of the People’s Republic of China will bring new achievements and victories to your country in the coming year!

– Dear Mr. President, thank you for the interview and wish you a successful and fruitful visit to China. Thank you very much. /// nCa, 3 February 2022 (cross-post from TDH, 2 Feb)