The string of back-to-back events spanning more than a week culminated on Sunday, 25 April 2021, with the full day dedicated to the Turkmen Alabai Sheepdog. — Turkmenistan celebrated its first combined holiday honouring the Ahal-Teke Horse and the Alabai Sheepdog in a grand manner.

DPM Serdar Berdimuhamedov, who is also the president of the Alabai Sheepdog association, led the opening ceremony of the building complex of the International Association ‘Türkmen alabaý itleri’ [Turkmen Alabai Dogs] on 25 April 2021 in Ashgabat. This was accompanied by the simultaneous opening of the Alabai quarantine center in the Akhal velayat, as well as the centers of the Turkmen alabay in Balkan, Dashoguz, Lebap, Mary velayats and in the city of Ashgabat. The building complex of the Alabai association has been registered with the Alberk QA Akademi of Turkey for compliance with the management and environmental standards, and has been awarded the ISO 9001: 2015 and ISO 14001: 2015 certificates. 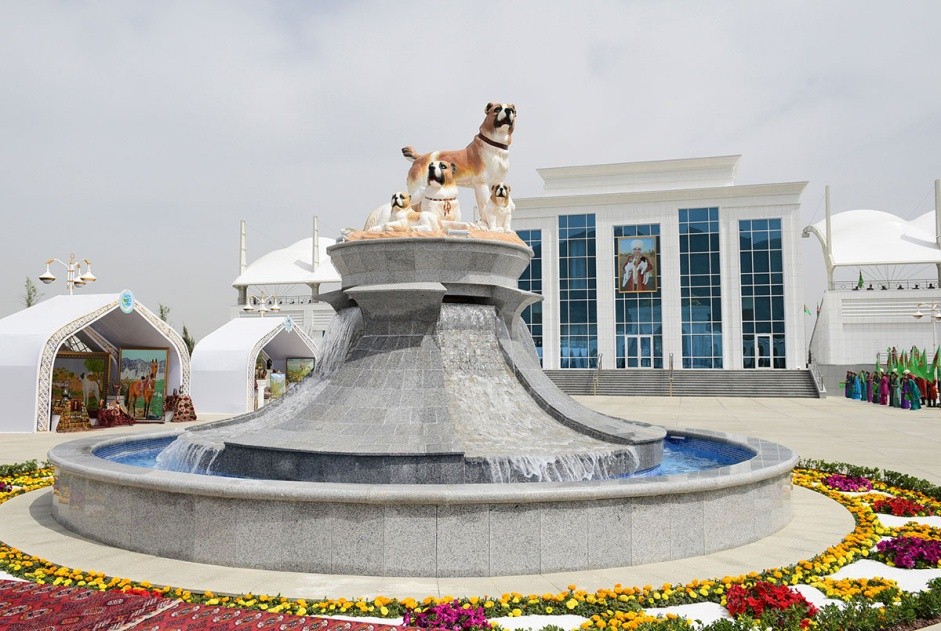 On the territory of the complex, an administrative building, a building for personnel have been erected, a place for rest of employees has been arranged. 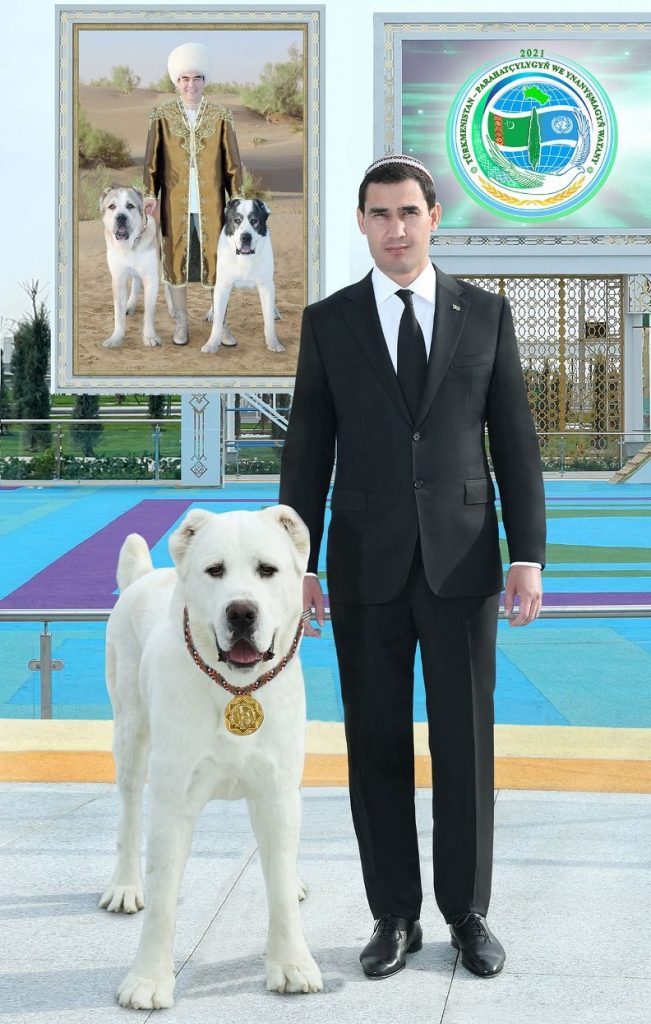 In addition, a special area with spectator stands for 1000 seats has been built for walking dogs, as well as for demonstration events. It is adjoined by a training ground separated by a fence for more serious loads – this is an obstacle course designed for training the animals. There are garages for vehicles, including specialized ones for transporting dogs, technical and other auxiliary facilities.

The project was done by the local company Myradym.

The same day the concluding round of the international competition “Ýylyň türkmen edermen alabaýy” was held at the newly opened building complex. Ten magnificent Alabais that had won the earlier rounds took part in the finals. According to the set perimeters and characteristics, the Alabai Ak-Khan, belonging to the State Border Service won the championship.

The winners of the creative competitions highlighting the Alabai were also declared. The categories included the hand woven carpet depicting the image of Alabai, painting of Alabai, sculpture of Alabai, book design dedicated to Alabai, and short documentary about Alabai.

The Alabai association presented a puppy Akbash to the president of Turkmenistan. 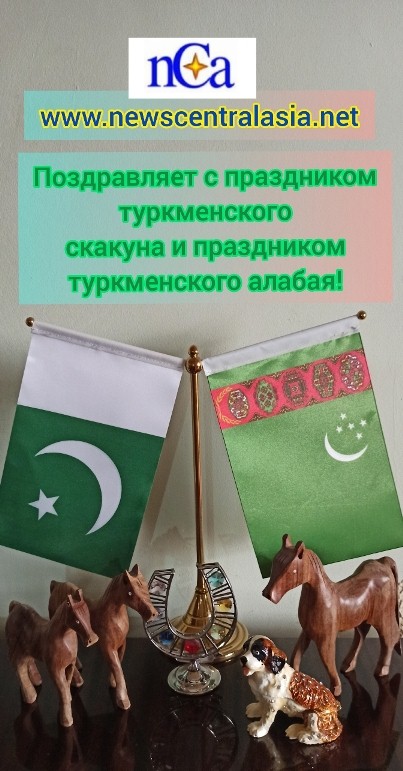 On 25 April 2021, the festive horse races were held at the Ahal-Teke international equestrian complex.

There were seven races in different categories. The winners got 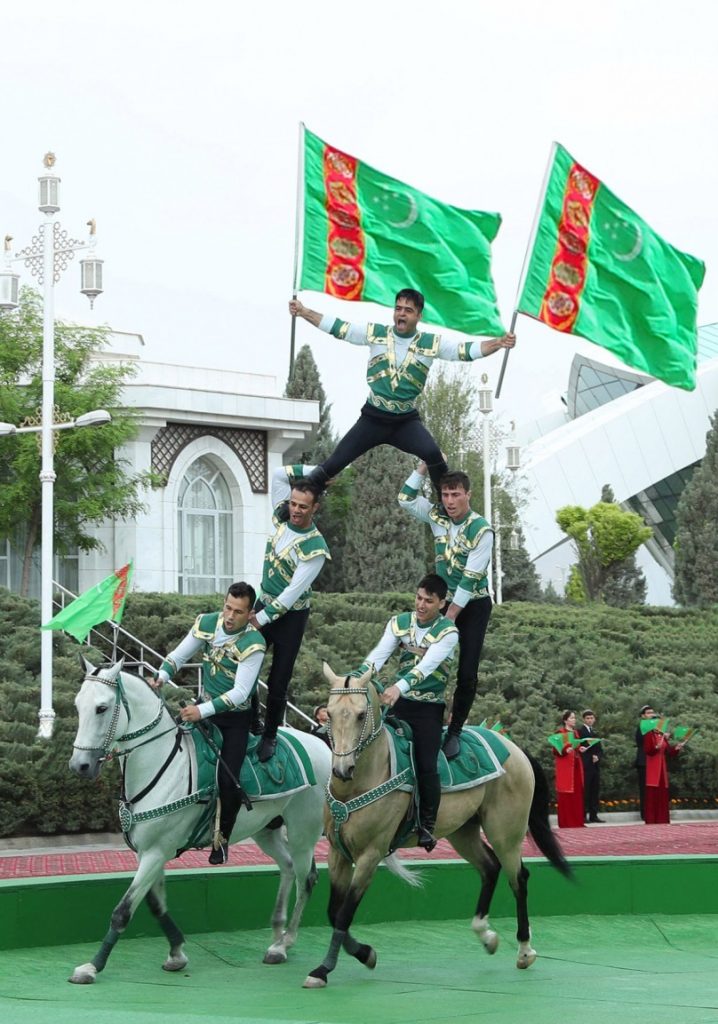 On 23 April 2021, the final round of the beauty pageant of Ahal-Teke horse took place. The winner was Aygytly (Resolute), a bay horse from the Ahal-Teke equestrian complex of the President of Turkmenistan.

The same day the winners of creative competitions dedicated to the Ahal-Teke horse were announced. The categories included the artistic embodiment of the image of the Turkmen horse in works of fine and decorative applied art, in publishing products, photographs and on TV channels, and other works of artists, sculptors, carpet weavers, photographers, publishers, designers, and cinematographers. /// nCa, 26 April 2021 [pictures credit TDH]