Imamnazar (Turkmenistan), 28 November 2016 (nCa) — In a ceremony Monday morning at the border of Turkmenistan with Afghanistan, the first phase of the Asian International Railway Transport Corridor was put into operation.

The cold and reluctantly sunny morning in the steppe was reminiscent of what Neil Armstrong said on 20 July 1969 when he became the first human to land on the moon – “That’s one small step for [a] man, one giant leap for mankind.”

The railway segment Atamurat-Imamnazar in Turkmenistan and onward to Akina in Afghanistan is just 89 km in length – 85 km in Turkmenistan and 3 km in Afghanistan, but it is truly a giant step in creating railway connectivity in the Eurasian landmass. This was the segment opened Monday, a day of historic significance for the connectivity partnership.

The presidents of Turkmenistan and Afghanistan said in their speeches that the first phase of the Asian International Railway Transport Corridor (AIRTC) will be connected in all directions in the super-region that accounts for nearly half of the total trade volume of the world.

The AIRTC, in successive steps will join with the railway systems of Iran, Tajikistan, China, Pakistan and India. This will augment the already-available railway connectivity within Central Asia, Russia and Europe. The idea is to connect Eurasia through crisscrossing railway lines to speed up the movement of cargo in all directions, which will guarantee long lasting prosperity, stability and very healthy mutual dependence.

The AIRTC will happen simply because it is aligned with the flow of nature, the aspirations of the people. To accelerate its implementation there would be the need to appreciate that connectivity cannot be selective; connectivity is in fact the other name of universality.

The first freight train on the new line comprised 46 wagons carrying flour, grain, cement, urea and sulphur. There is a fuel terminal near the border, and Turkmenistan anticipates that the line will carry exports to Afghanistan which currently go by lorry including oil and gas, cement, grain and transit traffic including humanitarian freight. Afghan exports include fruit.

The entire rail track and all the related infrastructure has been financed and built by Turkmenistan, with two railways bridges in partnership with the Ukrainian company Altcom.

Here are a few pictures from the event. As is always true, every picture is worth more than one thousand words: 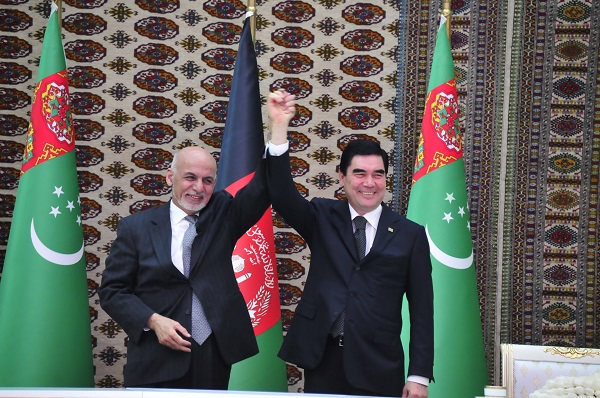 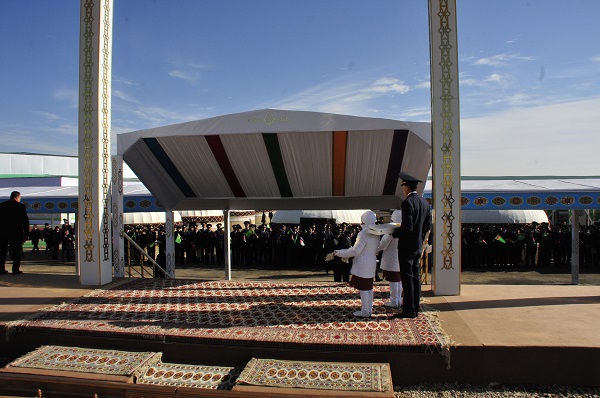 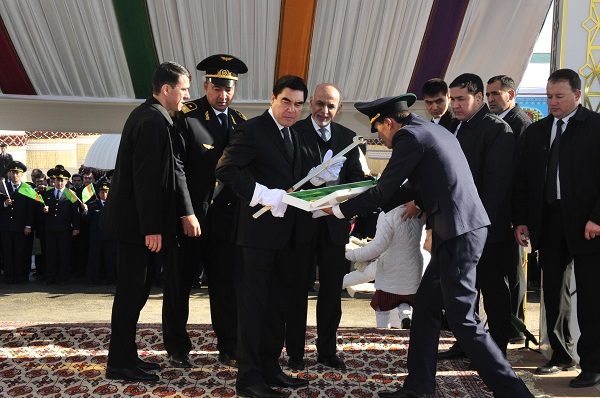 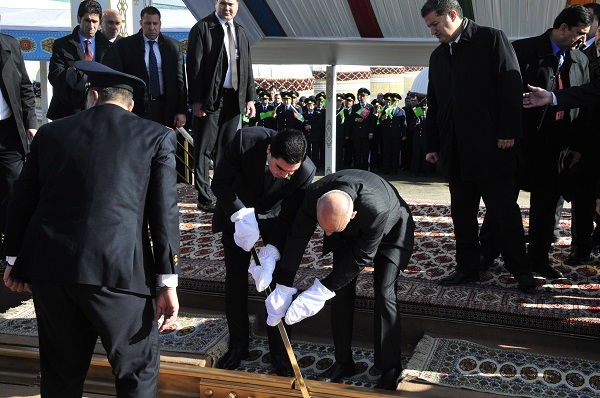 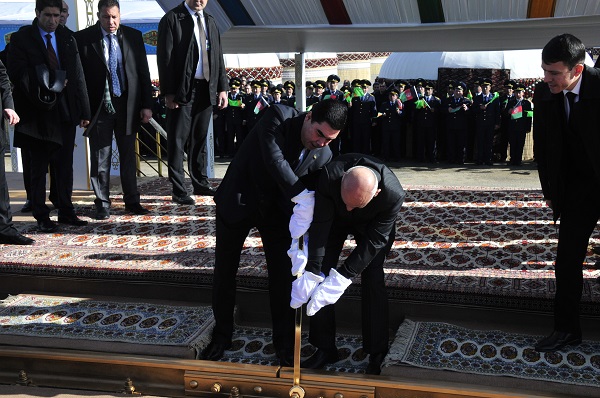 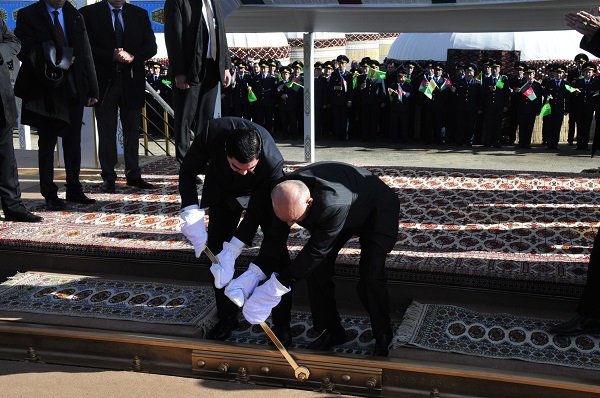 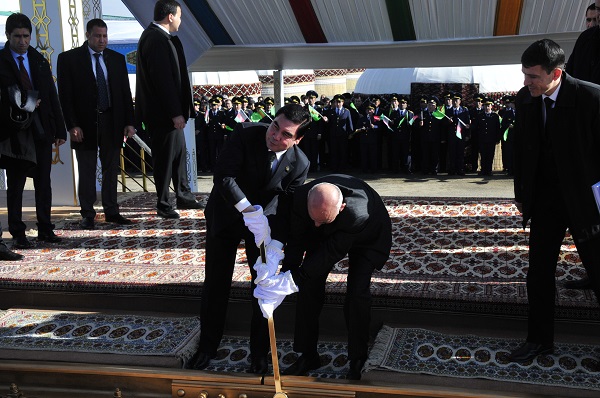 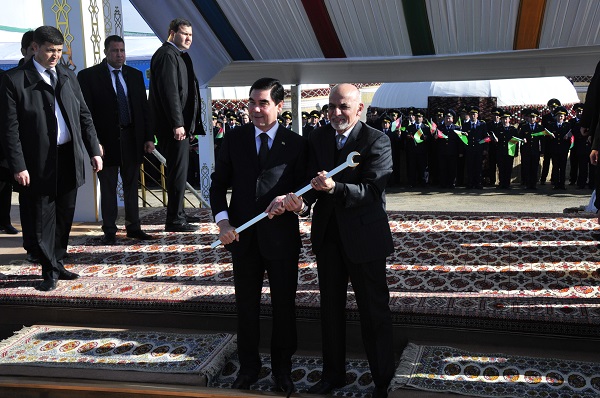 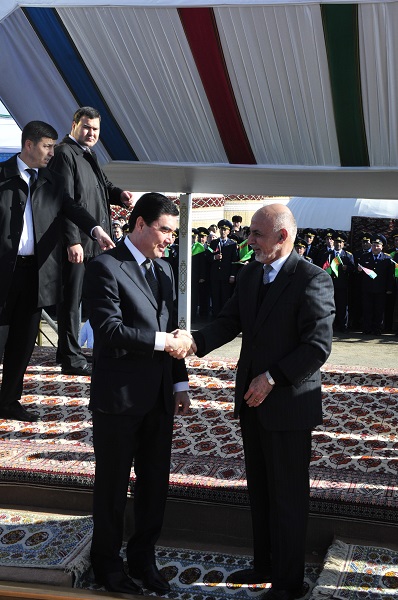 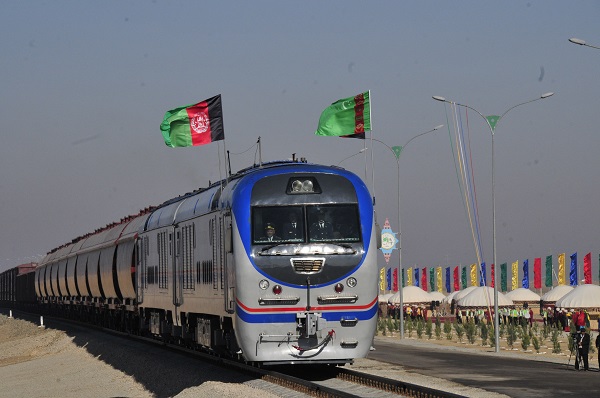 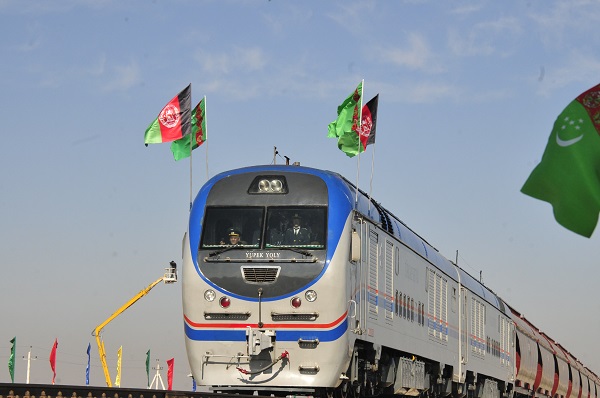 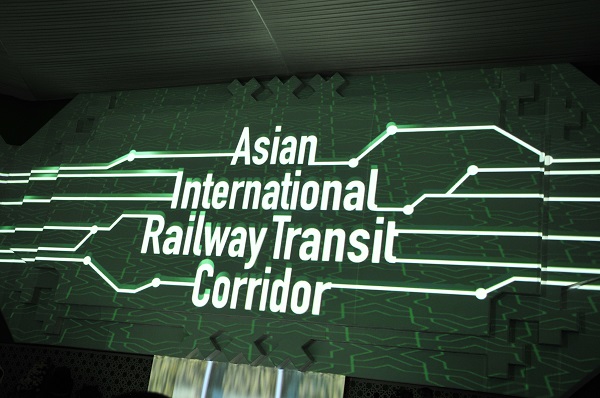 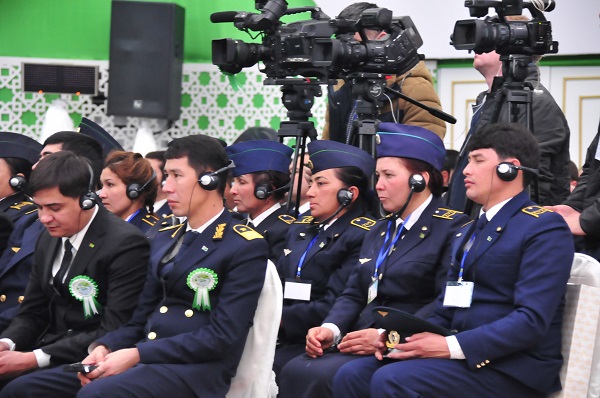