You are here: Home / Articles And Reports / 3D visualization of Trump speech . . . sort of

His speech has all the ingredients The Donald is made of: bullying, hatred, bigotry, myopic nationalism, and lavish  charms for his voter base.

It is important to create a kind of 3D visualization of some parts of his speech that are bound to impact Central Asia.

Before doing so, let’s underline the strong possibility that the speech is the work of two authors – someone sane in his administration, and Trump himself.

Here are some passages from his speech that were quite possibly meant to convey some other message but were edited incompetently by Trump before the delivery:

What was going on in his feverish mind when made these changes to an otherwise elegant prose?

For the full text of the Trump speech and related videos:

In his speech, Trump singled out North Korea for all kinds of threats including total annihilation and Iran for dire consequences for unspecified reasons.

Here is what he had to say about North Korea:

No one has shown more contempt for other nations and for the well-being of their own people than the depraved regime in North Korea. It is responsible for the starvation deaths of millions of North Koreans, and for the imprisonment, torture, killing and oppression of countless more.

We were all witness to the regime’s deadly abuse when an innocent American college student, Otto Warmbier, was returned to America only to die a few days later. We saw it in the assassination of the dictator’s brother using banned nerve agents in an international airport. We know it kidnapped a sweet 13-year-old Japanese girl from a beach in her own country to enslave her as a language tutor for North Korea’s spies.

If this is not twisted enough, now North Korea’s reckless pursuit of nuclear weapons and ballistic missiles threatens the entire world with unthinkable loss of human life. It is an outrage that some nations would not only trade with such a regime, but would arm, supply and financially support a country that imperils the world with nuclear conflict.

No nation on Earth has an interest in seeing this band of criminals arm itself with nuclear weapons and missiles.

The United States has great strength and patience, but if it is forced to defend itself or its allies, we will have no choice but to totally destroy North Korea. “Rocket Man” is on a suicide mission for himself and for his regime.

His fury remained undiluted when he talked of Iran:

We face this decision not only in North Korea. It is far past time for the nations of the world to confront another reckless regime, one that speaks openly of mass murder, vowing death to America, destruction to Israel and ruin for many leaders and nations in this room.

The Iranian government masks a corrupt dictatorship behind the false guise of a democracy. It has turned a wealthy country with a rich history and culture into an economically depleted rogue state whose chief exports are violence, bloodshed and chaos.

The longest suffering victims of Iran’s leaders are in fact its own people. Rather than use its resources to improve Iranian lives, its oil profits go to fund Hezbollah and other terrorists that kill innocent Muslims and attack their peaceful Arab and Israeli neighbors.

We cannot let a murderous regime continue these destabilizing activities while building dangerous missiles, and we cannot abide by an agreement if it provides cover for the eventual construction of a nuclear program.

The Iran deal was one of the worst and most one-sided transactions the United States has ever entered into. Frankly, that deal is an embarrassment to the United States, and I don’t think you’ve heard the last of it, believe me.

It is time for the entire world to join us in demanding that Iran’s government end its pursuit of death and destruction. It is time for the regime to free all Americans and citizens of other nations that they have unjustly detained. And above all, Iran’s government must stop supporting terrorists, begin serving its own people and respect the sovereign rights of its neighbors.

The entire world understands that the good people of Iran want change and, other than the vast military power of the United States, that Iran’s people are what their leaders fear the most. This is what causes the regime to restrict internet access, tear down satellite dishes, shoot unarmed student protesters and imprison political reformists.

Oppressive regimes cannot endure forever, and the day will come when the people will face a choice. Will they continue down the path of poverty, bloodshed and terror, or will the Iranian people return to the nation’s proud roots as a center of civilization, culture and wealth, where their people can be happy and prosperous once again?

The Iranian regime’s support for terror is in stark contrast to the recent commitments of many of its neighbors to fight terrorism and halt its finance.

Before quoting some other profound passages from the Trump speech, let’s feed the rhetoric about North Korea and Iran to a 3D printer.

We know that North Korea has already crossed an important line — It has developed the atomic and hydrogen bombs and mastered the means of their delivery to a distance of up to 3000 km. It is a nuclear power already.

North Korea has a population that is used to austerity and discipline. Their patriotism is the patriotism of the less privileged, which is a fierce kind of patriotism. —– Trump is promising to wipe out this country from the face of the world.

In the world of Trump, North Korea which spends about USD 7.5 billion on its defence budget is a huge threat to the entire world but the USA which has allocated USD 700 billion to its defence sector this year (about 42% of total world spending on defence) is not.

Trump is hopefully goading and cajoling North Korea for hot confrontation. It will be Iraq of Saddam Hussain all over again. With a pseudo-coalition the team Trump would bomb the country to oblivion and behead the entire leadership including the educated and skilled people who are the backbone of any functioning economy.

The signs are visible already. The western media is thickly reporting stories, mostly pulled from their own imagination, depicting the sitting government in North Korea as worthy of cruelest possible treatment.

The answer is in the mineral wealth of the country.

Here is a quote from a report by the New York Post:

North Korea has mineral resources estimated to be worth at least $6 trillion, according to Quartz, and the secretive state is sitting on a vast array of mineral resources which remains largely untapped including iron, gold, magnesite, zinc, copper, limestone, molybdenum and graphite.

Its bedrock also holds a large amount of metals needed to make smartphones and other technological products.

But while the isolated nation might be rich in underground resources, taking advantage of the buried treasure this remains another issue.

But a 2012 estimate by a South Korean research institute valued its mineral wealth as high as $10 trillion, The Economist reported.

The problem is that the United States can see human rights violations and other atrocities only when they are illuminated by vast hydrocarbon and mineral wealth. In a country devoid of such wealth, the American eyesight is rather weak.

If six trillion dollars can induce an attack of insanity in the Trump administration, what about a country that has about eight times more wealth under its soil?

Iran is one of the biggest in world in terms of the volume and value of its natural resources… let,s take a quick look at it;

Mineral Reserves: Iranian treasure of mineral resources estimated at 60 billion tonnes consisting of 68 different types of minerals while this amount is only what is found in %7 of Iranian soil being scanned!!. The estimated value for this explored amount is $770 to 1 trillion dollars. Therefore, with simple rule of thomb if other %93 of Iranian soil is as fruitful, it means Iranian total mineral reserves value could easily exceed $11 to $14 Trillion Dollars!! when totally explored.

It is, therefore, understandable that Trump is looking for a way to tear down the Iran Nuclear Deal and start afresh with the regime change projects.

Whatever countries he is expecting to join him in wars for resource-grab, Russia and China will certainly not be among them

We must protect our nations, their interests and their futures. We must reject threats to sovereignty, from the Ukraine to the South China Sea. We must uphold respect for law, respect for borders and respect for culture, and the peaceful engagement these allow.

If Trump is planning to outsource his resource wars, it is difficult to see as to who would be the subcontractors for such enterprises. 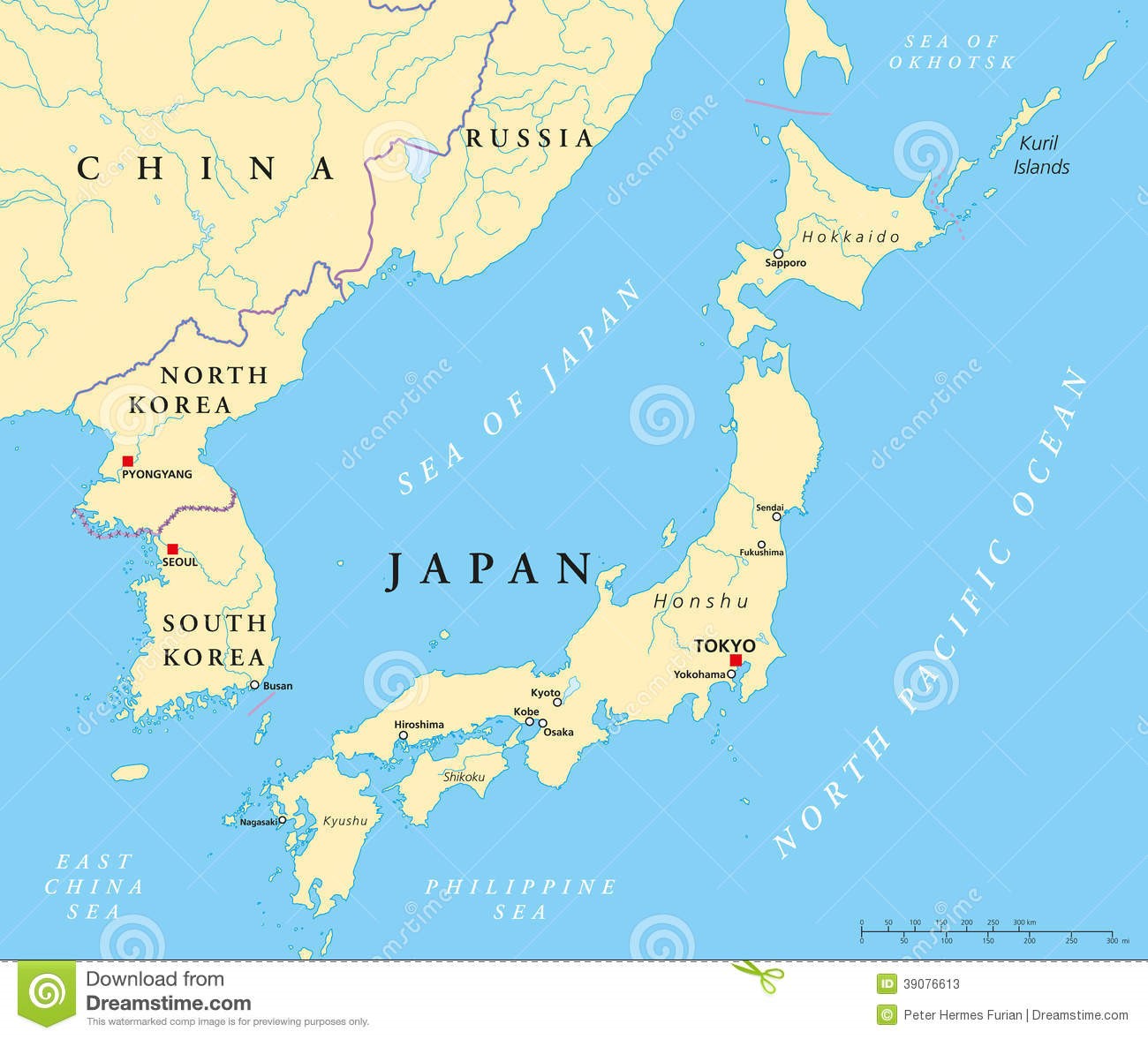 Will South Korea provide boots on the ground?

Will Japan agree to attack North Korea through the Sea of Japan?

It looks that the USA will have to go back to its old tactic of aerial bombing and hope that there would be an internal uprising in North Korea. It will also bank on the sanctions to weaken the government in Pyongyang to the extent that it falls on its own.

Meanwhile, no one would be willing to give a fly’s wing’s worth of attention to the likely exodus of refugees heading to the Chinese and South Korean borders in case of hostilities.

If this scenario moves to its maturity, the cost of rebuilding North Korea would probably be dumped in the lap of South Korea which may see its economy crash with such a massive and long-term burden on its resources and manpower.

If Japan joins this project, its economy will get a long-term lease on stagnation, and that will be just one of the damages it will acquire.

As if the planned adventure in North Korea would not be enough to plunge the world economy into recession, Trump is itching to grapple with Iran even though Iran is in full compliance with the terms of the Nuclear Deal.

Perhaps Trump is not fully aware of the limitations of his own country, and the fractured nature of his alliances.

For dealing with Iran, he is expecting Saudi Arabia to play a key role.

In Saudi Arabia early last year, I was greatly honored to address the leaders of more than 50 Arab and Muslim nations. We agreed that all responsible nations must work together to confront terrorists and the Islamic extremism that inspires them.

In case Trump thinks that any Saudi-led coalition would be equal to the task, he should look again at the stalemate/quagmire in Yemen.

An insight into Trump’s mind suggests that he is missing the good old days of a black-and-white world, a world that was divided into two camps —- a concept that is so ridiculous it is quite funny: Free World vs. USSR.

The overall scenario, if all of the threats packed in the speech of Trump start moving to their logical conclusion, would be something like this:

Central Asia would be well advised to maintain political neutrality while pursuing economic integrity within the Eurasian landmass. /// nCa