You are here: Home / Articles And Reports / Final concert of the Ashgabat music school No. 4 sums up success of the academic year

On 20 May, the Small hall of the Turkmen national Conservatory named after Maya Kulieva traditionally hosted the final concert of students and creative groups of the of the Ashgabat Children’s art school No. 4.

The concert was timed to the Day of Ashgabat and became a kind of activities report for the finishing academic year.

One of the key places in the agenda of the musical festival was occupied by performances of orchestral and ensemble groups of wind and string instruments, which demonstrated an important area in the school’s activity – collective music making.

Thus, the orchestra of folk instruments – where national instruments and instruments of the classical family live in harmony, presented its own interpretation of the miniature from the ballet “Swan lake” – “Dance of little swans” by P. Tchaikovsky. The audience enthusiastically applauded the young musicians who managed to skillfully play one of the masterpieces of the golden fund of classical music.

Suddenly, the audience found themselves for a few minutes Under the sky of Paris, thanks to an ensemble of wind instruments that performed the same name waltz by the famous French composer Hubert Giraud.

It should be noted that the repertoire of solo performers expands year after year. The concert participants, who performed solo in the language of violin, guitar, dutar, piano and xylophone, masterfully presented the works of Turkmen and world famous composers. 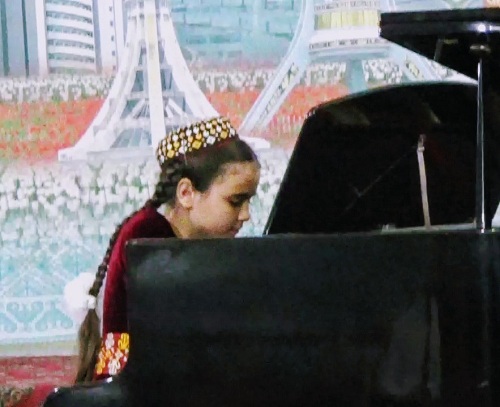 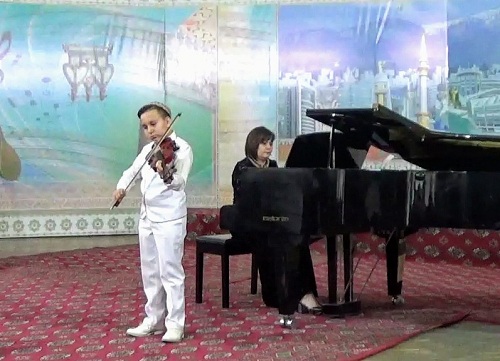 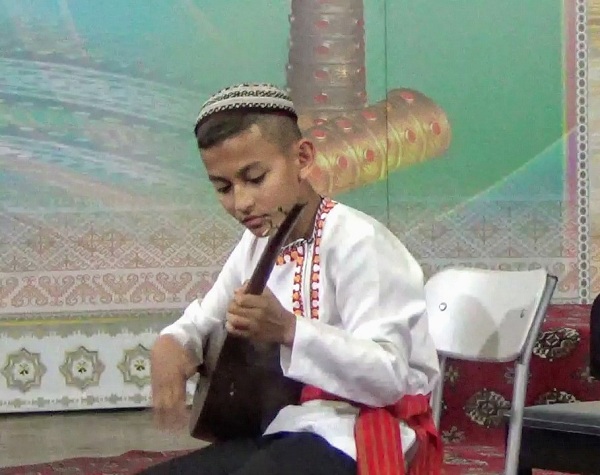 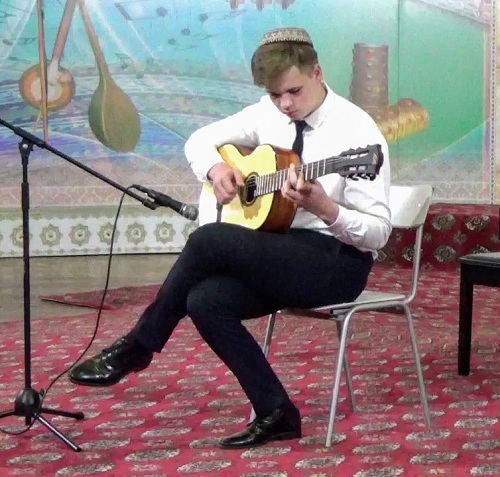 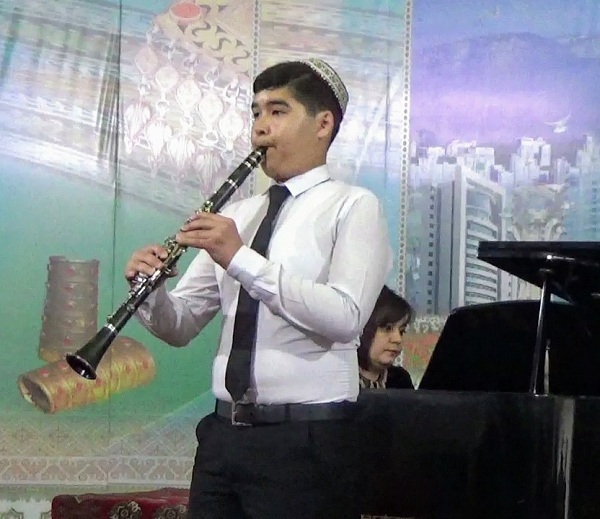 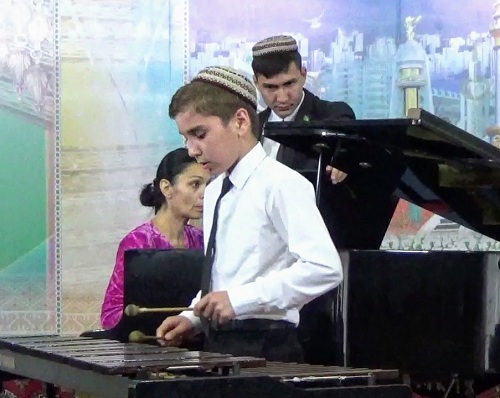 The guests were really pleased about the duets debuted in this year’s program. For example, one of Franz Schubert’s polonaises was performed as a student piano duet. And a pianist-student tried herself as accompanist for a peer cellist, who performed “Tarantella” by H. Magtymgulyyev.

The concert program was crowned by the sonorous voices of the joint choir “Saýrak Bilbiller” (Singing nightingales). The children sang the Ukrainian folk song “Shchedryk “and the song “Gutlag” (Congratulation) in Turkmen. 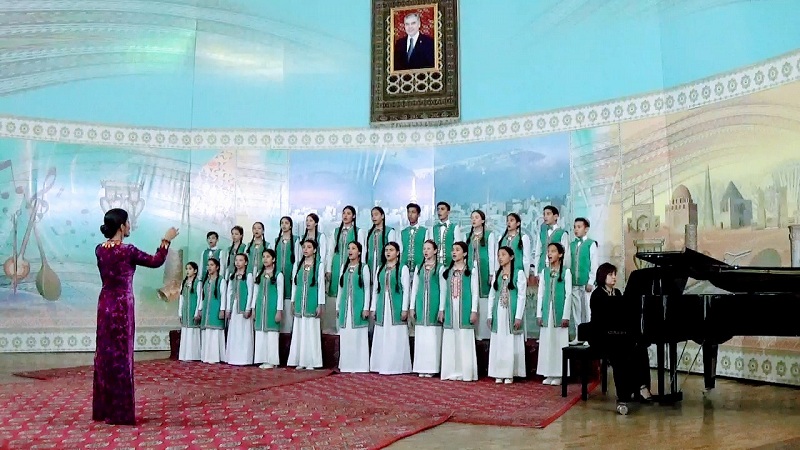 At the end of the concert, the audience expressed their gratitude to the young talents, teachers and school chiefs. We would like to wish the teachers and students of the Children’s Art School No. 4 new heights, inspiration and success in the musical field. /// nCa, 22 May 2020