You are here: Home / Archives for reunification 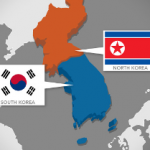 nCa Report The Korean people are no strangers to Central Asia. At the time of break-up of the Soviet Union there were more than half a million people of Korean descent were residing in Central Asia, mostly in Uzbekistan and Kazakhstan but in smaller numbers in Kyrgyzstan, Turkmenistan and Tajikistan. They were traditionally identified as […]