You are here: Home / Archives for prime minister of Uzbekistan 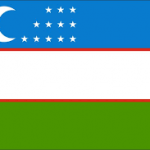 Tariq Saeedi Ashgabat, 5 September 2016 (nCa) — The government of Uzbekistan announced officially on Sunday (28 August 2016), without giving any details, that President Islam Karimov had been hospitalized. The younger daughter of Karimov, Lola Karimova-Tillayeva posted on Instagram the next day that her father had suffered cerebral hemorrhage and was in intensive care. […]