You are here: Home / Archives for ISIL Daesh 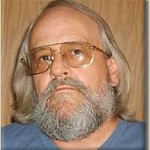 Bandar bin Sultan’s “Blueprint for Civil War” Peter Chamberlin [Only the Jewish press took note of this most newsworthy report.  The  Western media didn’t even bother ridiculing it or calling the idea of an actual “blueprint for Syrian civil war” “ludicrous.”  Now that most of the facts reported in the Syrian news report have largely […]