On 8-9 August 2022, a regular meeting of the Turkmen-Uzbek working group on transport issues was held in Tashkent under the co-chairmanship of Deputy Minister of Transport of Uzbekistan A.Muminov and Deputy Chairman of the Agency ”Turkmenautaulaglary” V.Khojanepesov, the Uzbek transport ministry reports.

The meeting was attended by representatives of automobile, railway, aviation and other transport authorities of the two countries. 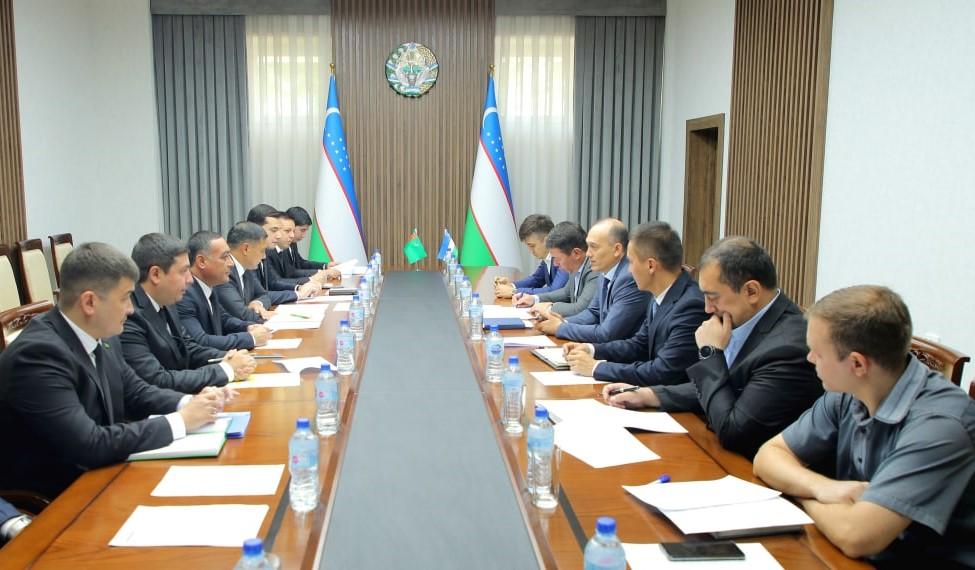 The parties expressed interest in fully resuming road cargo transportation between the two countries, as well as in simplifying the cargo freight requirements.

The Uzbek side proposed to ease the requirements and reduce the time for issuing entry visas to Turkmenistan for Uzbek drivers engaged in international cargo transportation by road.

An agreement was reached to take measures to further modernize the railway infrastructure to increase cargo turnover on transit routes, as well as to provide discounts in order to reduce transport costs.

The Uzbekistan–Turkmenistan–Iran–Oman transport corridor has been mentioned as another area requiring joint efforts.

During the meeting, the Uzbek transport authorities proposed to intensify work on the organization of passenger transportation.

Following the meeting, a protocol was signed.

It should be recalled that the issues of cooperation in the transport sector between Turkmenistan and Uzbekistan were widely discussed during the July state visit of President Serdar Berdimuhamedov to Tashkent.

Then an agreement was inked between the Agency of Transport and Communications of Turkmenistan and the Ministry of Transport of Uzbekistan on the development of transport and transit cooperation, as well as a Memorandum on further strengthening cooperation in the field of railway transport. ///nCa, 11 August 2022