President Serdar Berdimuhamedov visited Wednesday (10 Aug) the Garshy naval base of the Turkmen navy located in the Balkan province. The head of state inspected the corvette-class warship “Deñiz han” and later watched the parade of naval vessels.

The ship of the corvette class “Deñiz han” was built at the shipyard of the navy of the Ministry of Defense of Turkmenistan. It is designed to eliminate underwater and surface warships, single land and air objects, as well as targets of the enemy’s naval strike group. 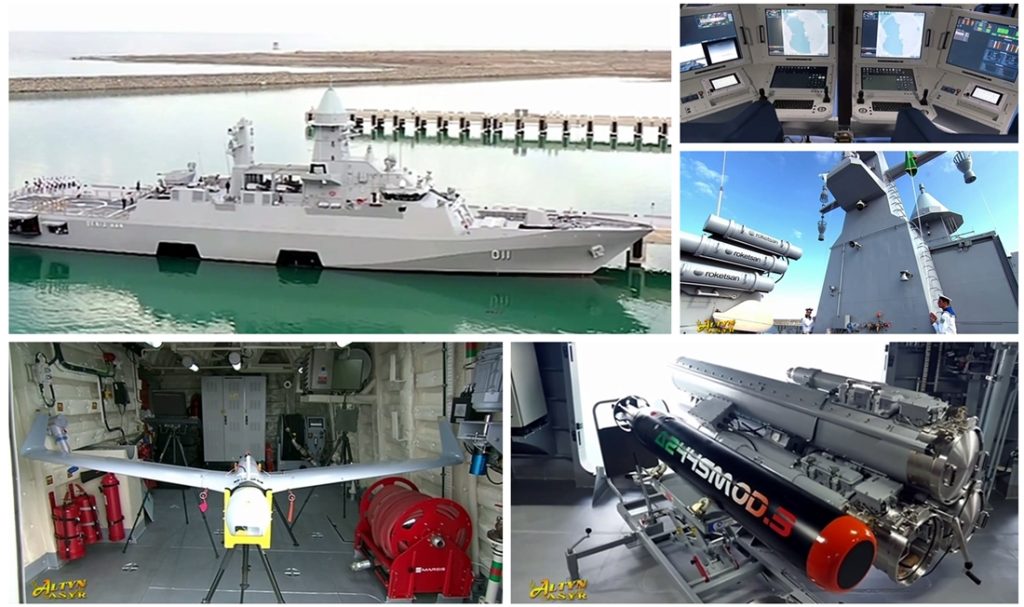 In addition, the ship is capable to perform tasks such as the destruction of the enemy’s fleet and landing parties, conducting complex reconnaissance, monitoring surface, underwater and airspace, protecting the state border at sea (the length of which is 600 km), ensuring the safety of navigation and conducting rescue operations.

President Serdar Berdimuhamedov got acquainted in detail with the combat capabilities, technical and design features of the ship.

It should be noted that the military personnel of the vessel have participated in special training courses and improved their qualifications in Italy, Germany, Turkey, etc.

Then the president walked to the administrative building of the military unit, where he inquired about the capabilities of the automated workplace of operational duty officers.

The advanced technologies and digital system, the electronic map, as well as the special software of the information management system developed by the officers of naval forces allow for constant monitoring of passenger and military vessels in the Caspian Sea. The radar equipment as well as technical complexes available on board of naval warships monitor the coastal part of the sea.

The digital and satellite navigation systems help to determine the location of ships, their availability of fuel and water, which makes it possible to maintain constant communication with warships from the command post. The collected data is accumulated and processed in the management department.

While getting acquainted with the work of the control center, the captain of the ship “Deñiz han” contacted the President Serdar Berdimuhamedov and asked permission to start a naval parade.

During the parade, the Naval Forces, the State Border Service, the ministries of internal affairs and national security presented various types of ships, combat boats and vessels, namely:

Noting the high level of the national fleet in the Caspian Sea, President Serdar Berdimuhamedov stressed that the government will continue to pay special attention to strengthening the material and technical base of the naval forces, improving the professionalism of the personnel, ensuring the reliability and inviolability of sea borders.

Garşy naval base was opened in August 2021. An administrative building and related infrastructure facilities are located on its territory.

The base also has a training center, which provide online sessions for the management of warships, the use of specialized equipment, and monitoring of the marine area.

In addition, the base houses two three-storey 60-apartment residential buildings, barracks, a library, a school, a kindergarten.

Here are some photos from the parade of warships: 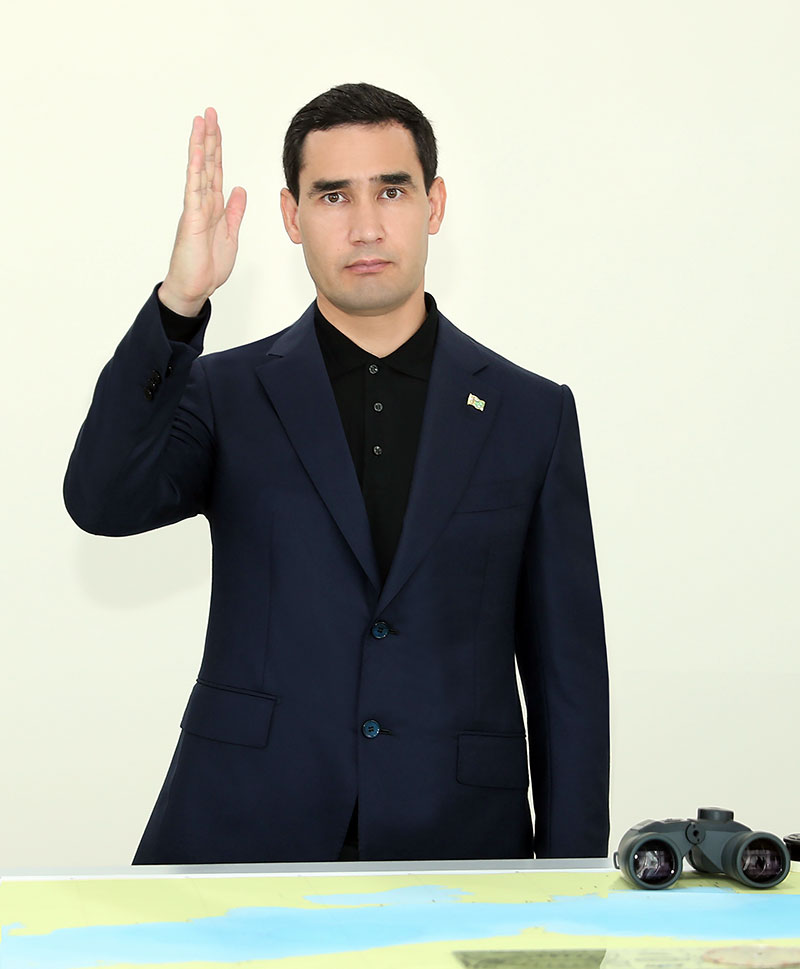 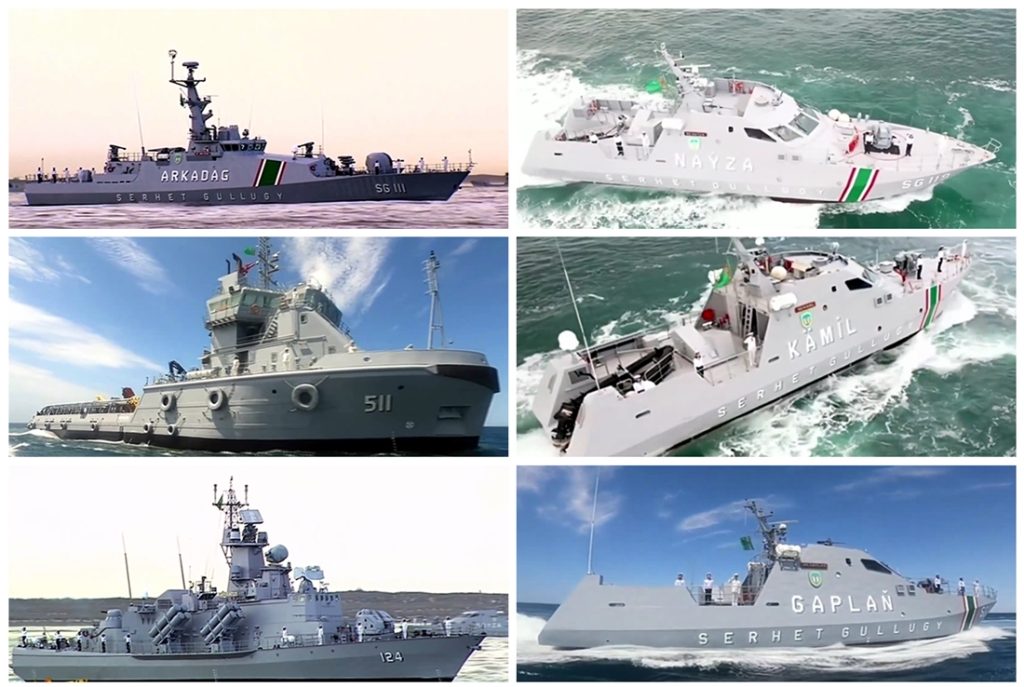 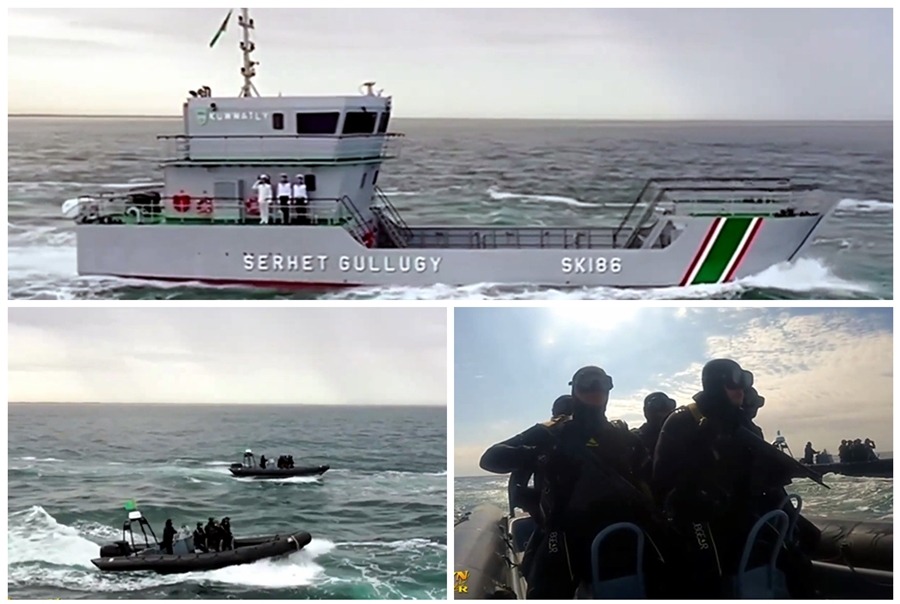 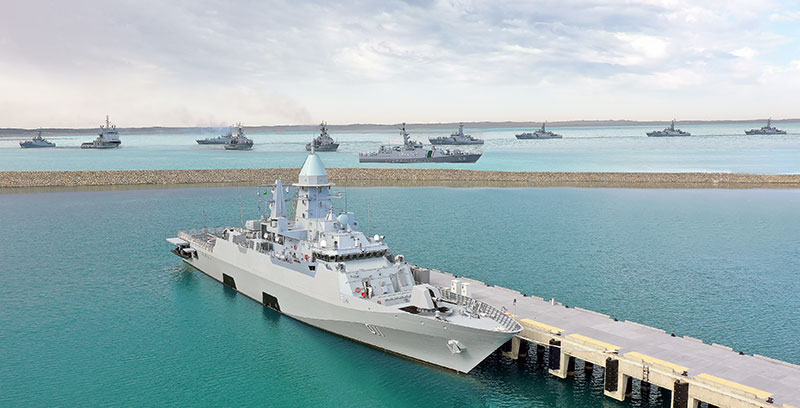