Last week, an international conference on “Ensuring interethnic harmony in Central Asian countries” was organized in Tashkent as part of the Friendship Festival.

As known, on 30 July, Uzbekistan marks Peoples’ Friendship Day, announced on the initiative of President Shavkat Mirziyoyev. The Friendship Festival, held from 30 July to August 7 by the Committee on Interethnic Relations and Friendly Relations with Foreign Countries, was timed to coincide with this holiday.

The conference was preceded by an exhibition of folk and applied art organized by Tajik, Kazakh, Turkmen and Kyrgyz cultural centers.

The event was attended by representatives of the Administration of the President of the Republic of Uzbekistan, the Cabinet of Ministers, ministries, departments and organizations, representatives of international organizations and the diplomatic corps, public associations, friendship societies, national cultural centers, religious confessions of Uzbekistan, scientists and experts on interethnic relations, high-ranking officials from foreign countries, Kazakhstan, Kyrgyzstan, Tajikistan, Turkmenistan, leading experts, international and regional organizations, civil society institutions.

The main purpose of the international conference is to unite the information and scientific potential of the Central Asian countries to ensure interethnic harmony, rapprochement of their cultures, as well as to strengthen the atmosphere of good neighborliness and friendship between the countries of Central Asia.

Ensuring interethnic harmony and religious tolerance in the new Uzbekistan indicates that there are ample opportunities for the development of cultures and traditions of various nations. At the center of the large-scale reforms carried out in Uzbekistan is protecting people’s interests, their rights and freedoms.

Representatives of more than 130 nationalities and peoples living in the republic make a great contribution to the development of the country.

The plenary session of the conference heard reports on the successes achieved in strengthening friendly relations and open dialogue with the countries of the region in Uzbekistan’s foreign policy.

It was noted that Uzbekistan, as an equal subject of international relations, pursues an active foreign policy at the regional and global levels and develops mutually beneficial relations with foreign partners. Today, special attention is paid to further strengthening relations with Central Asian countries in the spirit of centuries-old friendship and good neighborliness, strategic partnership and mutual trust.

A major role in this process is assigned to “people’s diplomacy”, which is realized through meetings, conferences, videoconferences and other events with the participation of artists and cultural figures, academia, entrepreneurs and youth, tourism and sports organizations, public associations and non-governmental organizations.

The Forum ended with the adoption of a resolution on further cooperation, the recommendations of the conference were developed and adopted, contributing to ensuring interethnic harmony, solidarity and friendly relations between the countries of Central Asia.

Anvar Nasirov: The foreign policy of the New Uzbekistan has become a practical catalyst for many major positive ideas and changes in Central Asia 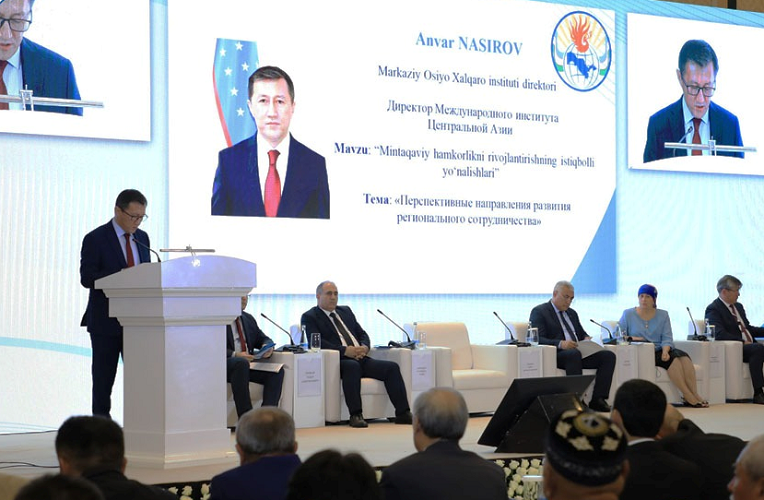 Speaking at the plenary session, Nasirov noted that the conference is a major event not only for Uzbekistan, but also for all Central Asian countries, which will undoubtedly make a significant contribution to ensuring interethnic harmony and tolerance in the region, strengthening the atmosphere of friendship and a sense of a single large multinational family, educating young people in the spirit of respect for national and universal values, expansion of cultural and humanitarian ties between the peoples of Central Asian states.

This is particularly relevant in our time, when there is a decrease in the level of mutual trust in the world and an escalation of conflicts, including interethnic ones. Therefore, interethnic harmony becomes extremely important for multinational states, which include all the countries of Central Asia.

From early days to the present, Central Asia has always been and remains a multicultural, multi-ethnic and multi-confessional region. Ethnic and religious tolerance and openness have become natural conditions necessary for peaceful coexistence and development.

This unique quality is still very often manifested in everyday life and in the relations between the countries of Central Asia.

The Director of IICA stressed that today the most important priority of Uzbekistan’s foreign policy is the further strengthening of centuries-old friendship, good-neighborly relations, strategic partnership and mutual trust with the states of Central Asia.

In recent years, the foreign policy of the New Uzbekistan has become a practical catalyst for many major positive ideas and changes in the Central Asian region. The President of Uzbekistan is building a close, constructive and trusting dialogue with the leaders of the Central Asian countries aimed at jointly resolving topical issues of peace, stability, security, achieving sustainable economic development and interethnic harmony. 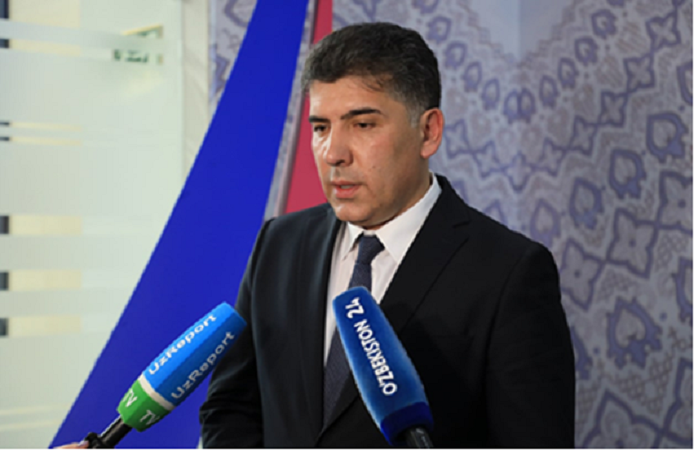 Making a report on the role of civil society institutions in ensuring interethnic harmony in the Central Asian region, the representative of the Institute stressed that Central Asia has been a crossroads of civilizations for centuries, many nationalities have lived there in peace and harmony. The multinational nature of Central Asian region has always been a key factor in its development and progress, creating conditions for dialogue and cooperation with the outside world, mutual enrichment of cultures.

Nematov noted that the cultural and historical process has formed, in fact, a unique civilizational community in Central Asia, the main characteristics of which are the generosity of the peoples of the region, their natural respectful and friendly attitude towards representatives of other nationalities, rejection of the culture of xenophobia and discrimination.

According to the expert, today, when the world is experiencing a lack of trust and mutual understanding, cultural and historical heritage is an important driver for strengthening good neighborliness and cooperation, peace and tranquility in Central Asia. Therefore, its preservation, multiplication and transmission to future generations is our common responsibility.

Nematov said that Central Asia is more than 100 nationalities, it is a huge potential for intercultural dialogue and interstate interaction.

At the same time, he noted that recently, thanks to the political will and joint efforts of the leaders of the countries of the region, the trend towards further rapprochement of the peoples of Central Asia and the maintenance of interethnic harmony in our common Central Asian home has become stable and irreversible.

According to the expert, the frequent holding of various joint cultural and humanitarian events and meetings in Central Asian countries has become a good tradition. These are Days of Culture, Literature, Art and Cinema, friendship evenings, various forums and festivals. They contribute to the rapprochement of peoples and the strengthening of interfaith harmony in the region.

He stressed that in this historic document, the parties reaffirmed that the preservation of the spiritual and cultural community of peoples, ensuring the protection of ethnic, linguistic, cultural and religious identity of ethnic groups, creating conditions for their equal participation in cultural, social, economic and political life is a common responsibility of the Central Asian states.

Akramjon Nematov underlined that, undoubtedly, this agreement, which meets the fundamental interests of the peoples of the Central Asian countries, will contribute to maintaining lasting peace and creating favorable conditions for the sustainable and progressive development of the region. ///nCa, 7 August 2022