The outcomes of the Tashkent Conference on Security and Economic Development of Afghanistan, held on 26 July 2022, has been summed up in a final statement made by Uzbekistan, as the host country.

“Participants reiterated the importance of unfreezing Afghanistan’s financial assets abroad, which should be directed by the country’s government to address socio-economic and humanitarian issues, problems in the areas of health and education, meet the needs and requirements of 35 million Afghan population, and implement major investment projects”, the statement says. 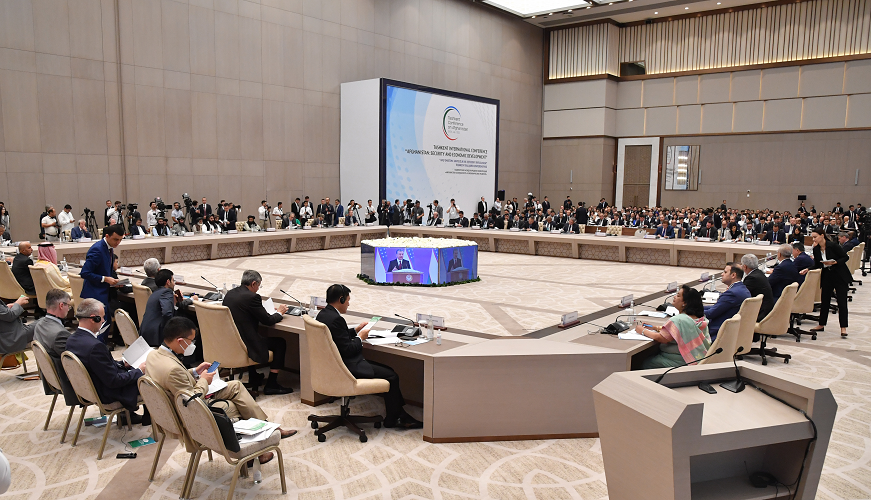 The forum stated that today the main priority should be the revival and strengthening of the Afghan economy, the promotion of the country’s integration into interregional economic processes, the promotion of socially significant and infrastructure projects, including the formation of transregional transport, energy and other corridors.

Expressing deep concern over the deteriorating socio-economic and humanitarian situation in Afghanistan, the forum participants stressed the need to consolidate the efforts of the international community aimed at providing humanitarian and economic assistance to the Afghan people and recovering the country’s economy.

The US and European countries froze US $9.5 billion of Afghanistan ‘s assets after the Taliban came to power in August 2021. The country is in a devastating economic crisis that plunges the population to hunger and poverty. 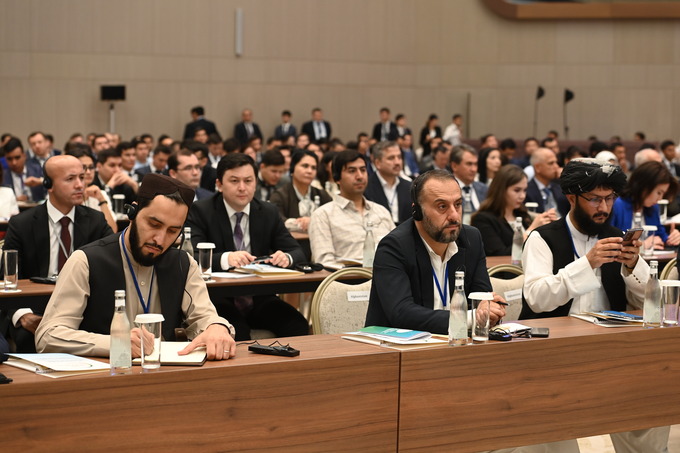 “The unfreezing of Afghanistan’s financial assets abroad is one of the main factors in restoring Afghanistan’s economy, solving acute social issues facing the people of this friendly country, as well as in implementing significant infrastructure projects in the interests of the whole of Afghanistan,” acting foreign minister of Uzbekistan Vladimir Norov said at the opening ceremony of the conference.

In February this year, the Biden’s administration decided to release US $3.5 billion of Afghanistan’s funds. Last month, this subject was discussed at the talks between the Taliban and the US officials in Doha.

US Special envoy for Afghanistan Thomas West, speaking at a conference in Tashkent, confirmed the readiness of the United States to defrost Afghan funds.

However, according to him, “future recapitalization of the (Afghanistan) central bank and the Afghan financial system is possible provided that reasonable and serious steps are taken to professionalize the central bank, to enhance its anti-money laundering and counter-terrorist financing architecture.”///nCa, 27 July 2022

Acting Foreign Minister of Afghanistan Amir Khan Muttaqi: Our country will no longer be a source of instability in the region

Acting Minister of Foreign Affairs of Afghanistan Amir Khan Muttaqi, who led the delegation of the Interim Government at the international conference “Afghanistan: Security and Economic Development” in Tashkent, in an interview with Dunyo news agency noted the important role of this conference in solving the Afghan crisis:

“At today’s conference, organized in Tashkent by the efforts of the leadership of Uzbekistan, 35 people spoke. Only two of them negatively assessed the reforms carried out today by the new Government of Afghanistan. Most of the speakers focused on positive reforms in our country and recognized them.

Another success of this conference is that previous forums devoted to the Afghan crisis called for security, an end to violence and peace, while today’s event was dedicated to the implementation of economic development projects for the prosperity of Afghanistan.

Most importantly, the conference participants fully understand the current situation in Afghanistan. This creates a basis for establishing mutual political and economic cooperation.

I hope that after this conference, the chances of returning all the frozen assets of Afghanistan will increase.

Another important point. Afghanistan will no longer be a source of instability in the region. Because the leadership guarantees that the territory of the country will not be used by Al-Qaeda and other terrorist organizations.

At the same time, Afghanistan’s next goal is to establish diplomatic relations based on mutual respect with all countries of the world, including Uzbekistan.

Taking this opportunity, I would like to express my deep gratitude to the President, the Government and the people of Uzbekistan for treating the problem of Afghanistan as their problem and creating a special space for resolving existing issues through dialogue.”///Dunyo, 26 Jul

Abdulaziz Kamilov, Special Representative of the President of the Republic of Uzbekistan for foreign policy in an interview with Dunyo news agency stressed the importance of the international conference “Afghanistan: Security and Economic Development”, held on July 25-26 in Tashkent, in ensuring regional security:

“In his address to the conference participants, the President of Uzbekistan put forward a number of important initiatives,” Abdulaziz Kamilov said.

All delegates, being aware of the current real situation, studied the issue in depth and expressed their opinion on this basis. Firstly, we are now dealing with a completely different Afghanistan. At the Tashkent conference, together with all stakeholders, we exchanged ideas on how to help this new Afghanistan, how to implement new projects.

The participants of the conference hailed the role of Uzbekistan in solving the problem of Afghanistan.

Acting Afghan Foreign Minister Amir Khan Muttaqi said: “I write down all the topics, questions and even claims discussed here. As soon as I return to Kabul, all this will be discussed in the government, and we will try to find common ground on this issue.”

I think this is a big step towards mutual trust between the parties.

Of course, this is not the first conference on Afghanistan held in Tashkent. Previous conferences also had their own agenda. The agenda of today’s conference has acquired a quite new content. In particular, the Acting Minister of Foreign Affairs of Afghanistan, Amir Khan Muttaki, spoke twice at the conference, answered unexpected and topical questions and stated that Afghanistan is ready to develop cooperation relations with the world community.

The country has accumulated a lot of problems due to the forty-year war, but we see a new country that is ready to solve these problems.

At today’s meeting, one of the painful issues for the parties was discussed, namely the use of frozen Afghan financial resources abroad, which was raised by both representatives of the United States and the Afghan side.

This shows that the previous agenda is a thing of the past. The main issues facing Afghanistan are development, economic recovery, solving social problems, education and healthcare.

In conclusion, it should be noted that the Tashkent conference on Afghanistan was completely different from the previous ones. At this conference, we discussed the model of building a new Afghanistan. I can say that it was a great success for Afghanistan, Uzbekistan, and the international community.” ///Dunyo, 26 Jul