The meeting discussed issues of mutual interest, ahead of a visit by Turkmenistan’s President Serdar Berdimuhamedov to Iran, said Iranian foreign ministry in a press release. 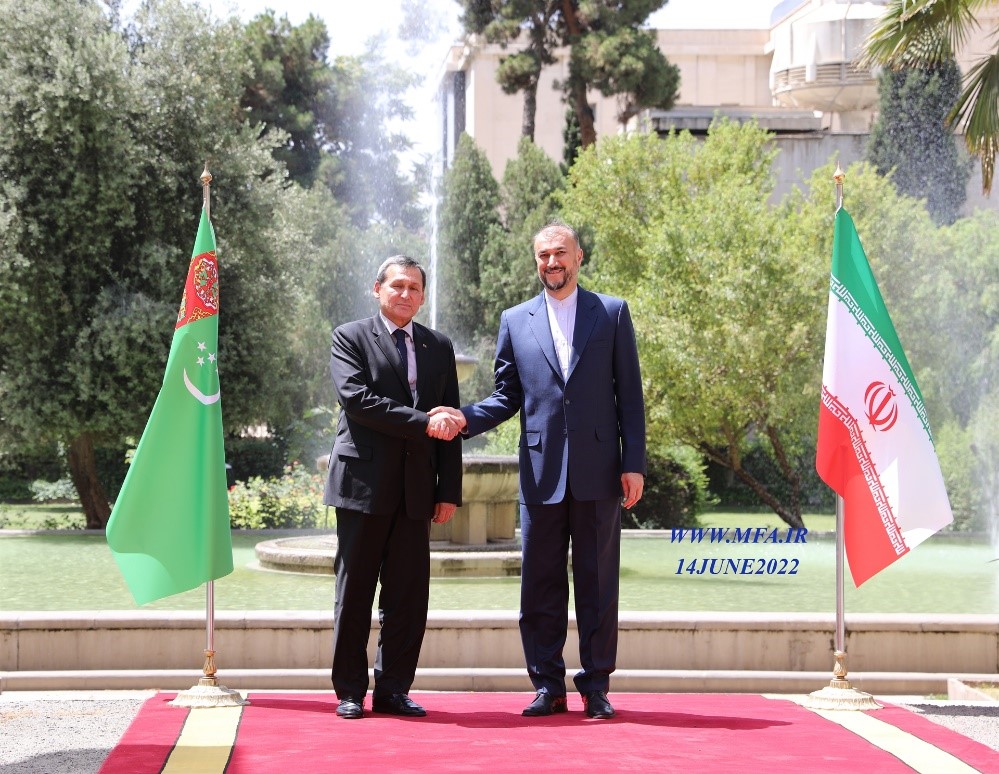 Amirabdollahian once again offered congratulations to Turkmenistan on the successful holding of a presidential election there and emphasized the significance of the Turkmen president’s visit to Tehran on Tuesday on the 30th anniversary of the establishment of relations between the two countries.

The Iranian foreign minister said the foundations of ties between the two countries had been laid properly and strongly, and that the two sides should work to fully implement a series of agreements and memoranda of understanding reached between them.

He outlined the joint economic, political and cultural projects of the two countries and said three important subjects of cooperation are on the agenda of the two countries this year, including the 17th Joint Economic Commission, the 15th Consular and Border Commission, and holding of the Joint Economic Consultations Committee between the foreign ministries of Iran and Turkmenistan, which need the attention of both sides.

For his turn, Meredov thanked Iran for properly organizing and hosting the meeting, saying the Turkmen president’s trip to Tehran is of high importance for bilateral relations.

He said the Turkmen government had prepared different documents and projects for the visit, expressing hope that the trip would bring about their serious implementation.

During the meeting, the two chief diplomats exchanged views on the agenda of the Turkmen president’s visit to Tehran. They also described the Caspian as a sea of friendship and peace, calling for joint efforts to maintain the stability, security and unique environment of the body of water.

They also discussed other regional topics such as Afghanistan and the developments in Central Asia. ///nCa, 14 June 2022