You are here: Home / Articles And Reports / Uzbekistan’s chairmanship in the SCO: effective partnership, long-term goals and objectives 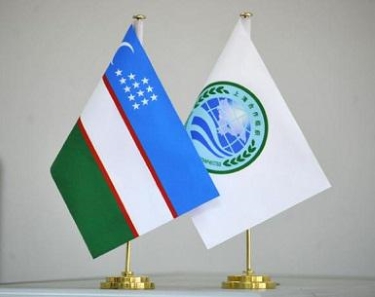 Events organized within the framework of Uzbekistan’s chairmanship in the Shanghai Cooperation Organization are continuing in the capital.

The agenda includes topical issues of strengthening cooperation in various areas, including cultural and humanitarian exchange.

The day before, Tashkent hosted an international tourism forum  “A new stage of cooperation between the SCO countries: tourism and cultural heritage”, as well as a meeting of sports ministers of the member countries of the association. During the events, specific goals and objectives were developed, agreements were formed, which the parties will sign on the sidelines of the September summit.

Thus, the heads of tourism administrations of the SCO member states at the forum discussed a new stage of cooperation in the field of tourism and cultural heritage, issues of deepening cooperation on the introduction of joint combined tourist routes, as well as expanding transport and logistics opportunities. It was noted that the total space of the SCO member countries, stretching from the Arctic to the Indian Ocean and from Shanghai to Kaliningrad, includes more than 40 percent of the world’s population. This is a huge tourism market, the potential of which should be fully realized in the coming years.

According to the data announced at the forum, in 2019, about 250 million tourists left the SCO countries for holidays abroad. The largest number of travelers are from China. Uzbekistan is the center of the Great Silk Road and has attracted the attention of tourists from all over the world since ancient times.

Our country has been recognized as an attractive tourist destination by many authoritative publications such as The New York Times, The Guardian, The Independent, Global Muslim Travel Index, National Geographic Traveler Awards, Lonely Planet, and others. There are 8.4 thousand cultural heritage sites in the republic, 209 of them are located in four museum cities, which are included in the UNESCO World Heritage List.

At the meeting of the heads of tourism administrations of the SCO member states that preceded the forum, Aziz Abdukhakimov, Deputy Prime Minister of the Republic of Uzbekistan, Minister of Tourism and Cultural Heritage, noted that in order to ensure the tasks set by the leaders of the countries of the association, it is necessary to form a permanent coordination group at the level of deputy heads of tourism administrations in charge of international cooperation. It is proposed to hold a series of discussions with the wide involvement of the tourism business, to form a database of the most popular destinations and routes between the SCO member states, to study the challenges and identify problems that hinder the potential of domestic tourism in the organization’s space, including opportunities for combined tours and cross-border tourist exchange. The task is to develop recommendations for improving the tourist and transport communication between the countries along the combined routes, which are in great demand among foreign tourists.

In this direction, Uzbekistan is actively working with Tajikistan and Kyrgyzstan on tourist routes in the Ferghana Valley, with Kazakhstan – along the tourist square Turkestan – Tashkent – Samarkand – Bukhara. Now we are ready to share this experience with other SCO partners.

The tasks for the digitalization of the tourism industry, the use of “smart” and “green” technologies have also been identified. It is necessary to support the wider introduction of e-commerce in products and services, the provision of intellectual services in tourism, as well as to actively involve young people from the SCO countries in this process. In this regard, a separate section of the forum was devoted to education and scientific exchange.

– International tourism has been showing constant growth over the past decades and has already become one of the drivers of the world economy and key factors of socio-economic progress, – A. Abdukhakimov emphasized. – For many countries, this industry is a priority among the sectors of the national economy, since it directly contributes to its growth, job creation, strengthening cultural ties in society.

Further development of cooperation with the SCO countries in matters of tourism is a key task for Uzbekistan. Organization countries, having the largest number of natural objects in the world, recognized masterpieces of mankind and cultural objects, have a huge tourism potential. The total cultural heritage of the SCO member states, observers and partners is 207 UNESCO World Heritage Sites. They are of particular importance in the development of tourism and have attracted tourists from all over the world for centuries. In this regard, it is necessary to intensify efforts in cooperation between the tourism community of the SCO member states, joint promotion of the tourism product, image support and protection of tourism resources.

Such tourist centers of Uzbekistan as Tashkent, Samarkand, Bukhara, Khiva, Shakhrisabz, Termez are known all over the world. And the country pays great attention to the preservation and restoration of cultural heritage of the Uzbek people. Architectural monuments built in the medieval Islamic style, as well as Christian and Buddhist ones, have been preserved and are the main attractions of the republic. At the same time, Uzbekistan pays great attention to the development of gastronomic, health, pilgrimage, winter, mountain, agro-, ethno- and ecotourism, as well as archaeological and other types of tourism.

Separately, the speakers dwelled on the topic of overcoming the crisis caused by the pandemic, which, in turn, provided an opportunity to rethink the activities of the sphere from the point of view of security and sustainable development.

In parallel with the tourism forum, a meeting of the heads of ministries and departments for physical culture and sports of the SCO member states was held in the capital. The visit of foreign representatives will last three days, during which it is planned to hold an event at the National Olympic Committee of the Republic of Uzbekistan, as well as make a trip to the Tashkent region to get acquainted with the local sports infrastructure.

The agenda of the main meeting includes the development of cooperation in the organization of planned high-level sports competitions, the implementation of promising projects in the field between the SCO member countries, and the strengthening of interstate and interregional ties. The parties exchanged experience in promoting a healthy lifestyle among the population, large-scale projects to attract the younger generation to physical culture.

As part of the meeting held on the eve of the Samarkand summit, a plan was approved for the implementation of the “road map” of cooperation between relevant ministries and departments responsible for the development of physical culture and sports of the SCO countries for 2022-2024. The document, aimed at improving the system of holding all events at a high level, provides for interaction in the direction of creating favorable conditions for the development of physical culture and sports, popularization of Olympic and non-Olympic sports, as well as ethnosport, advanced training of athletes, coaches and judges.

“Such meetings open up new opportunities for further development and deepening of full-scale cooperation in the field of sports in the space of the Shanghai Cooperation Organization,” said Adkham Ikramov, Minister of Sports Development of the Republic of Uzbekistan, in his speech. – One of the key factors in achieving the main goals of the SCO sports sector and solving the tasks facing it is stability and prosperity, ensuring sustainable development by strengthening friendly ties through sports.

The Government of Uzbekistan pays great attention to the development and popularization of physical culture and sports. Over the past five years, large-scale work has been done in this direction. First of all, a new strategy for the development of the country has been developed. Five important initiatives of the President are taken as a basis. Sport is defined as one of the priority areas of the state’s social policy.

So, in recent years, sports and technical bases throughout the republic have been revised and re-equipped, reconstruction work has been carried out, new facilities have been built, and the necessary infrastructure for young people is being actively created. Currently, the construction of the Palace of Water Sports is underway. In general, about 51,600 sports facilities operate in Uzbekistan.

Particular attention is paid to the promotion of a healthy lifestyle among the population and the implementation of large-scale projects to attract the younger generation to sports. It should also be noted the successful holding of the SCO Tashkent International Half Marathon in March this year, which was held in Uzbekistan for the first time. As you know, the marathons of the Shanghai Cooperation Organization are included in the World Athletics (International Association of Athletics Federations) competition calendar and are held in accordance with its rules, from anti-doping control to the quality of the track surface.

I would especially like to note the results achieved in elite sports. At the Summer Olympic Games in Tokyo, in the team event, the national team of Uzbekistan took 32nd place, having strengthened its position in second place among the CIS countries.

Thus, the republic expresses its readiness for cooperation and effective interaction to create favorable conditions for the benefit of the development of physical culture, sports and the Olympic movement together with partners in the SCO.

“Today’s event marks the official launch of a new cooperation mechanism initiated by Uzbekistan during its chairmanship in the SCO,” said Zhang Ming, Secretary General of the Shanghai Cooperation Organization. – This is an important step in expanding cultural exchanges within the association and a landmark event in sports cooperation. The creation of a mechanism for the meeting of heads of sports departments of the SCO member states is very relevant and of great practical importance.

Sport is a messenger of peace: stands for equality and mutual respect, inspires people to constantly move forward and achieve high goals. This is in line with the “Shanghai spirit” of full trust, equality, mutual consultation, respect for cultural diversity and the pursuit of common development. Sport has always been seen as an important part of the humanitarian sphere of the SCO. And this was highly appreciated by the Uzbek side during its chairmanship.

The integration and development of ancient civilizations, ethnic groups in the SCO region provided a valuable natural resource and driving force for establishing sports cooperation.

I express my confidence that, through the joint efforts of all parties, the goals set will be transformed into concrete results for the benefit of all the countries and peoples of the SCO.

The next meeting of the heads of ministries and departments of the SCO member states responsible for the development of physical culture and sports will be held in 2023 in India.

The upcoming 21st SCO Summit, which will be held in ancient Samarkand, will allow raising the historically close relations of the countries participating in the association to a new level, taking into account the changing international environment. At present, the documents scheduled for signing in September are being actively worked out. ///Embassy of Uzbekistan to Turkmenistan, 24 May 2022