You are here: Home / Articles And Reports / Afghanistan has denied the spread of misinformation that it allegedly plans to stop cooperation with Uzbekistan Railways JSC

On April 12-14, Termez hosted a meeting of the heads of Uzbekistan and Afghanistan railway departments.

According to the official website of JSC “O’zbekiston temir yo’llari”, the delegation of Afghanistan was led by the head of the Afghan Railways Bakhtulrahmon Sharafat. 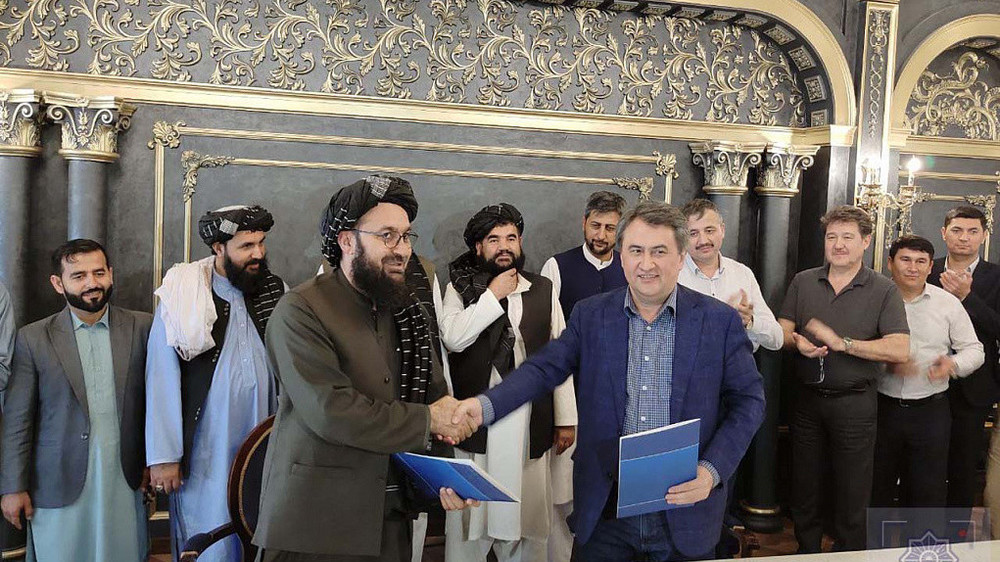 The Afghan side expressed gratitude for the measures taken by the Uzbek side to strengthen bilateral relations and the substantial assistance provided to Afghanistan.

At the same time, the Afghan side denied reports that Afghanistan allegedly plans to stop cooperation with Uzbekistan Railways JSC. Bakhtulrahmon Sharafat specifically emphasized the intention to strengthen bilateral cooperation and plan for its further expansion.

It is stressed that the Afghan side expressed full satisfaction with the work of the SE Sogdiana-Trans (subordinated to Uzbekistan Railways JSC) for the operation of the railway line “Khayratan – Mazar-i-Sharif”, which has been operating since the date of commissioning of this line, since 2011 .

It was stated that due to the current situation in Afghanistan in the second half of 2021, there was a significant decrease in railway freight turnover. Thanks to the joint work carried out in the first quarter of 2022, the volume of cargo turnover reached last year’s level (more than 1.1 million tons). During the talks, the Afghan side stressed its readiness, together with Uzbekistan Railways JSC, to organize work to maximize the use of opportunities to speed up the unloading of wagons, thereby increasing the volume of incoming cargo at the Khayratan station, as well as accelerating the rehabilitation of the Naibabot and Mazar-i-Sharif stations.

Within the framework of the meeting, a visit to the Educational Center for Training Afghan citizens in the city of Termez, created on the initiative of the President of Uzbekistan, was organized. In addition, the Afghan delegation visited the training center at the Termez locomotive depot, where young Afghan railway specialists undergo practical training. The members of the delegation talked with promising personnel of their country, got acquainted with the conditions of training and life created for them.

The issues of further cooperation in the educational sphere were discussed. In particular, it is planned to create a field training center on the basis of the Hairaton station in Afghanistan together with Uzbek railway workers to train and improve the skills of Afghan railway specialists.

The delegation of Afghanistan separately emphasized the importance of implementing infrastructure, especially railway projects, since at present one of the vectors for the development of cooperation between Afghanistan is the interest in participating in projects for the integration of Central Asia with South Asia. In this regard, a separate point of negotiations was the issue of accelerating the implementation of the project “Construction of the Mazar-i-Sharif – Kabul – Peshawar railway. In particular, details on the organization and conduct of a field expedition along the route and thereby contribute to accelerating the preparation of a feasibility study for the construction of a new railway line.

At the end of the publication on the Uzbek-Afghan negotiations, the Information and Analytical Media Center of JSC “O’zbekiston temir yo’llari” addressed journalists and media representatives, especially in the current conditions, in the era of the diversity of fake information on the Internet. It is emphasized: “We kindly ask you to approach the issues of coverage of topics related to geopolitics with knowledge, be careful with all kinds of links and reposts, interpretation of information, and most importantly – check and recheck the data.” ///Embassy of Uzbekistan in Turkmenistan, 19 Apr 2022