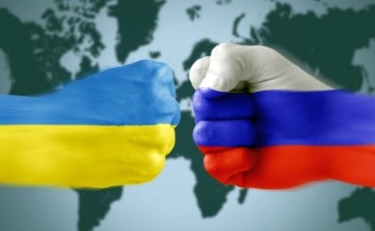 Russia has recognized the breakaway regions of Ukraine and ordered the deployment of ‘peacekeeping forces’ there.

The west has responded with sanctions, promising to slap more sanctions.

The problem here is that Russia is not just any other country. It is 11% of the total land mass of the world and spans 11 time zones.

Just as it is not possible to physically encircle Russia, it is also nearly impossible to isolate Russia from the global economic system.

The truth is that what will hurt Russia will also hurt many other countries of the world.

Evidently, Russia made the move after lots of calculations and internal debate. Whether they judged the extent the consequences of their action accurately is something that will be obvious in the coming days.

Whatever damage is caused to Russia by the western sanctions, there would be global impact anyway.

Apart from the oil and gas markets, there would be several other areas that would hurt in some way.

A BBC piece published on 22 February 2022 says, “The price of Brent crude oil, an international benchmark, reached a seven-year high of $99.38 (£73) a barrel on Tuesday before moderating.”

It says further, “On Tuesday, German Chancellor Olaf Scholz took the significant step of blocking the certification of the Nord Stream 2 pipeline that would have supplied gas directly from Russia to Germany.”

The BBC piece says that in response, the wholesale gas prices jumped, with the UK price for April delivery up 9% and the cost for May up 10% to 191p per therm.

According to the experts cited by BBC, oil could go above $100 a barrel due to a combination of the Ukraine crisis, a cold winter in the US, and a lack of investment in oil and gas supplies around the world.

Other experts quoted by BBC say that there would be the mixture of a number of factors that will aggravate the impact of the Russia-Ukraine situation. These include the slowdown caused by Covid restrictions, the disruption of the global supply chain, uncertainty in the stock markets, increase in the freight and shipping costs, etc.

Alex Kimani, in an article for OilPrice, published on 21 February 2022, gives a deeper look to the situation.

Russia pumps about 9 million barrels of crude oil a day. This is about 10% of the global oil production.

Kimani mentions a crucial flaw in the OPPEC+ performance. He says, “OPEC+ has been setting a high bar for itself, boosting production quotas by 400kb/d each month since mid-2021. The group has consistently missed budgets, and there are signs that things are getting worse. The “OPEC 10,” countries within OPEC but excluding Venezuela, Libya and Iran, were budgeted to increase production by 254kb/d in January, with the remainder of the 400kb/d quota allocated to Russia and others.  Official results released a few weeks ago indicate that OPEC 10 had increased production only 135kb/d, and now sits a full 748kb/d below self-imposed quota levels.”

In the current situation, when Russia has decided to send troops to the breakaway regions of Ukraine, Kimani quotes the opinion of strategist David Roche that oil prices could hit $120 a barrel, and the global economy could be “radically altered.”

Russia is not only an oil giant. It produced 639 bcm (billion cubic meters) of natural gas in 2021, which is about 17% of the total global production.

Kimani contends that in case of reduction or absence of Russian gas supplies to Europe, the buyers would look to LNG, of which the USA is likely to emerge as the biggest supplier, surpassing Qatar and Australia.

In addition to Kimani’s argument, it is clear that the available supplies of LNG will not be nearly enough to replace the Russian volumes. There would also be the matter of price.

Oil and gas are not the only things under stress. There is also the question of grain supplies and the availability of some strategic metals.

No matter how well calculated the punitive regime of the USA and its allies, the Russia of Putin is 3D prepared. /// nCa, 23 February 2022