You are here: Home / Articles And Reports / Afghanistan: You broke it; You bought it. 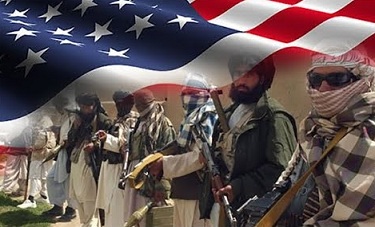 It is amazing how fast the promises of some people crumble.

There were gallant and loud promises by the USA and its partners in cri.., sorry, partners in campaign, that all the Afghans who collaborated with them during the 20 years of occupation will be settled into the USA and Europe. They will not be left behind, the occupiers promised.

The promise weakened as the time arrived for the final departure.

Some lucky ones managed to muscle their way into the airplanes but most of them were left at the airport after being specifically called to arrive there for travel to the promised land.

Then the priority shifted and dogs were accommodated on the airplane seats instead of the Afghans; the Afghans without whose help the occupation forces could not have functioned at all.

Then the priority reshuffled again and the dogs were also left behind along with the Afghans.

Now the broken promises are flying like fine dust in the air. The regional countries are being asked to accommodate the Afghans who collaborated with USA-NATO in this long and ridiculous war.

It is important to recognize that there is no refugee situation in Afghanistan. The only people who want to leave are the people who were promised citizenship by the USA and its allies.

It is also important to appreciate that the regional countries had no part in smashing Afghanistan. In fact, they continued all along within their own resources to provide all the possible support to the people of Afghanistan.

Why should they be expected to take any of the Afghans who were used and discarded by the USA-NATO?

The accepted principle is: You broke it; You bought it.

The people who battered and butchered Afghanistan should also be the people to bear the consequences.

In fact, the settlement of the Afghans in question is just the first, very small installment of what they actually have to pay.

There is the question of three separate categories of repayment:
1. War reparations
2. Compensation for the lost generations
3. Complete rebuild of Afghanistan

There are dozens of cases of war reparations in the recorded history of the last couple of centuries. Any one of those models can be adopted or a new model can be built to calculate the size and method of war reparations. The starting figure could be around a trillion dollars i.e. equal to the amount that was spent on shattering Afghanistan.

A generation and a half of Afghans who grew up with robbed childhood because of war, with no education or low quality education, with hardly any healthcare, with no marketable skills for today’s world, and a warped sense of the world need to be compensated. Just how, is a question for the people of Afghanistan to answer and the USA-NATO to comply with.

The rebuild of Afghanistan will take ten to twenty years of hard work. The Afghans would be willing to put the hard work but the finances and resources must come from the ‘With us or Against us’ crowd and their partners.