You are here: Home / Articles And Reports / GB in Awaza

President Berdimuhamedov was in the Awaza tourist zone at the Caspian coast ahead of the regional events and also for the start of the annual summer vacation of the government. He returned to Ashgabat on Sunday. 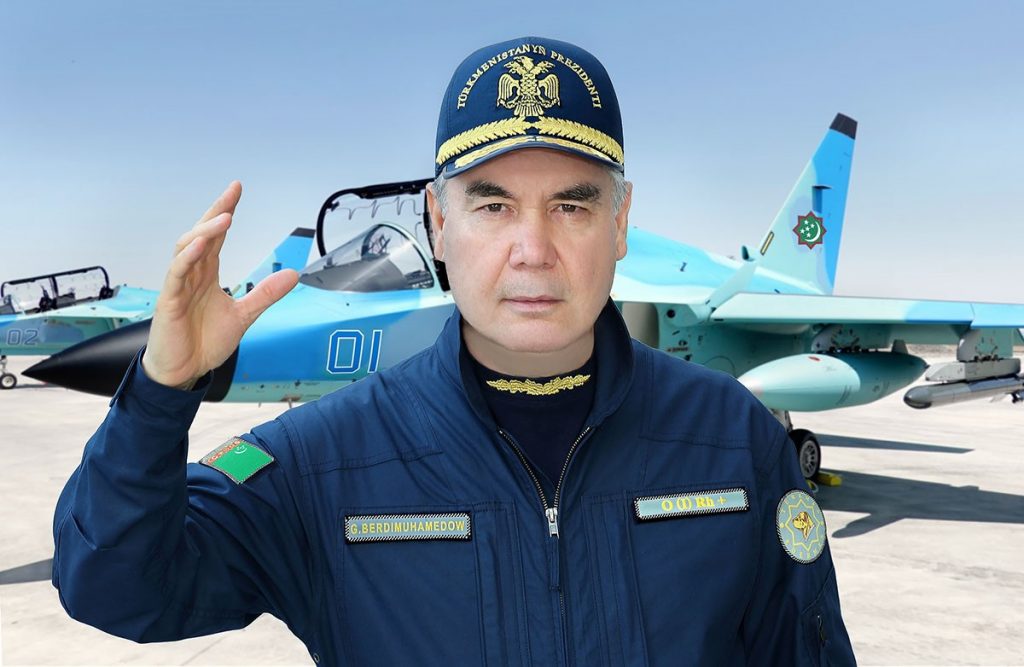 The Turkmen TV aired footage on Sunday, 1 August 2021, showing the president taking a flight aboard a newly acquired Super Tucano A-29, and earlier in the day spending some leisure time with his grandchildren.

The voice-over with the TV footage and the related TDH news story says that the president took the airplane for the test flight and made some impressive maneuvers during the flight. The TV footage showed him boarding the tandem seat for the navigator.

Here is an abridged version of the TDH story:

The Supreme Commander-in-Chief of the Armed Forces of the country, dressed in a special suit, in the full outfit of a military pilot, took a seat at the helm of a new military aircraft to test it. Before setting the plane in motion, the head of state carefully performed the preliminary actions taken in such cases. 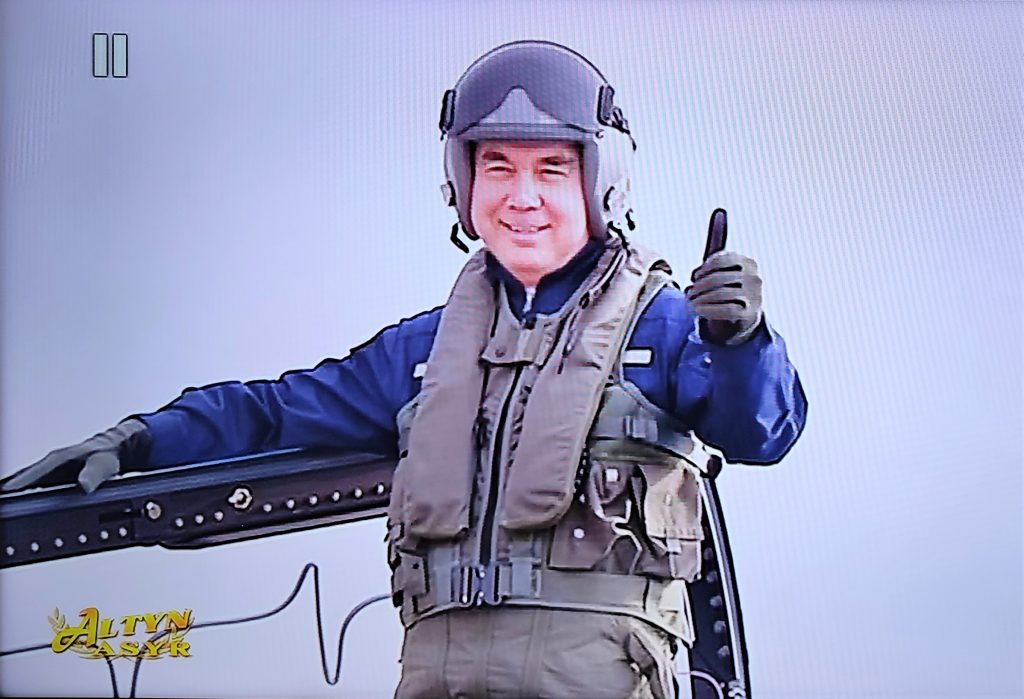 A few minutes later, roaring jet engines, the combat vehicle soars into the sky. In a matter of seconds, the plane controlled by the head of state gained the required altitude, at which it made several turns.

The new military aircraft, which has come to the disposal of the Armed Forces, is capable of instantly changing course and performing demonstration reconnaissance flights.

This combat vehicle, equipped with everything necessary to fulfill the tasks facing the Air Force, is designed to protect the airspace, conduct reconnaissance, and support the actions of the ground forces.

The aircraft, piloted by President Gurbanguly Berdimuhamedov, is capable of smoothly descending and rapidly gaining the required altitude.

While flying on the supersonic plane, the head of state made several turns.

After completing a test flight on a new aircraft, the head of state made a smooth landing.

All this indicates that our sky is reliably protected, that the people of the country can live in peace, surrounded by the care of President Gurbanguly Berdimuhamedov.

Deputy Prime Minister, Secretary of the State Security Council Ch.Amanov and Defense Minister B. Gundogdyev congratulated the Supreme Commander-in-Chief of the Armed Forces of the country on a successful test flight.

The Minister of Defense asked to allow the flight uniform of the President of Turkmenistan to be transferred to the Museum of the Military School named after Berdimuhamed Annayev, the building of which is being built in the capital. 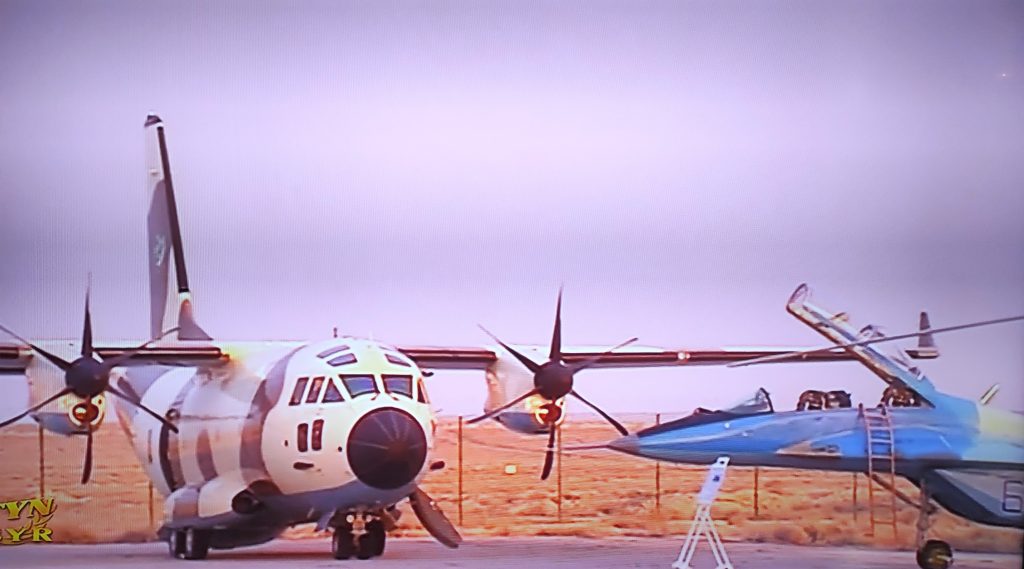 The Supreme Commander-in-Chief of the Armed Forces of the country, having approved this proposal, stressed that it would be advisable to transfer the military pilot’s equipment to the Museum of the new building of the specialized military school named after Berdimuhamed Annayev.

The leader of the nation emphasized that this will be of great importance in educating future servicemen of purposefulness, patriotism, love for the Fatherland and the people, and respect for the traditions of their ancestors. 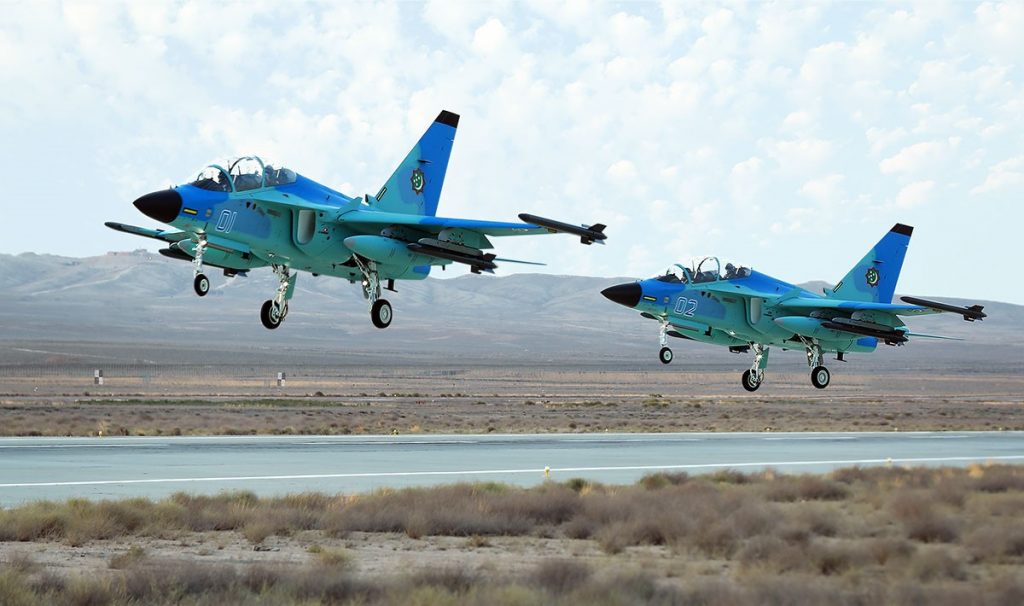 The Supreme Commander-in-Chief of the Armed Forces of the country noted the high level of technical equipment of the new aircraft that meets all modern requirements. According to the head of state, this combat vehicle is capable of flying in any weather conditions, at different heights, over any terrain, be it mountains, plain or sea.

The material and technical base of all branches of the armed forces will be systematically strengthened through the purchase of new military equipment, and all existing equipment will be used effectively, President Gurbanguly Berdimuhamedov said, stressing that the issues of improving the qualifications of military personnel will also always be in the focus of the state’s attention. [endstory TDH]

About Super Tucano A-29

The Embraer EMB 314 Super Tucano, also named ALX or A-29, is a Brazilian turboprop light attack aircraft designed and built by Embraer as a development of the Embraer EMB 312 Tucano. The A-29 Super Tucano carries a wide variety of weapons, including precision-guided munitions, and was designed to be a low-cost system operated in low-threat environments.

The exact number of this aircraft ordered by Turkmenistan is now known but according some reports the country has received 5 airplanes so far.

This airplane is operated in various capacities by Afghanistan, Angola, Brazil, Burkina Faso, Chile, Columbia, Dominican Republic, Ecuador, Ghana, Honduras, Indonesia, Lebanon, Mali, Mauritania, Nigeria, Philippines, Turkmenistan, and the USA. [this section of report based on Wikipedia and other sources]

GB spends time with his grandchildren

On Sunday, the president took a coastal trip onboard the yacht Rahat. He was accompanied by his grandchildren.

According to the TDH report, during the boat trip, President Gurbanguly Berdimuhamedov inquired about how the grandchildren spend their leisure time, what they do. In turn, the children enthusiastically recited poems to the head of state, glorifying the beauty of the nature of their Fatherland.

The leader of the nation noted that he is proud that his grandchildren are engaged in artistic creativity and told them the story of the gray-haired Caspian, telling about the peculiarities of the nature of this corner, the unique flora and fauna of the sea. The guys listened to their grandfather with great attention, asking the head of state questions on topics of interest to them. The leader of the nation answered them with great pleasure. The conversation that took place became a confirmation of the love of the happy younger generation for the Turkmen land and its nature. 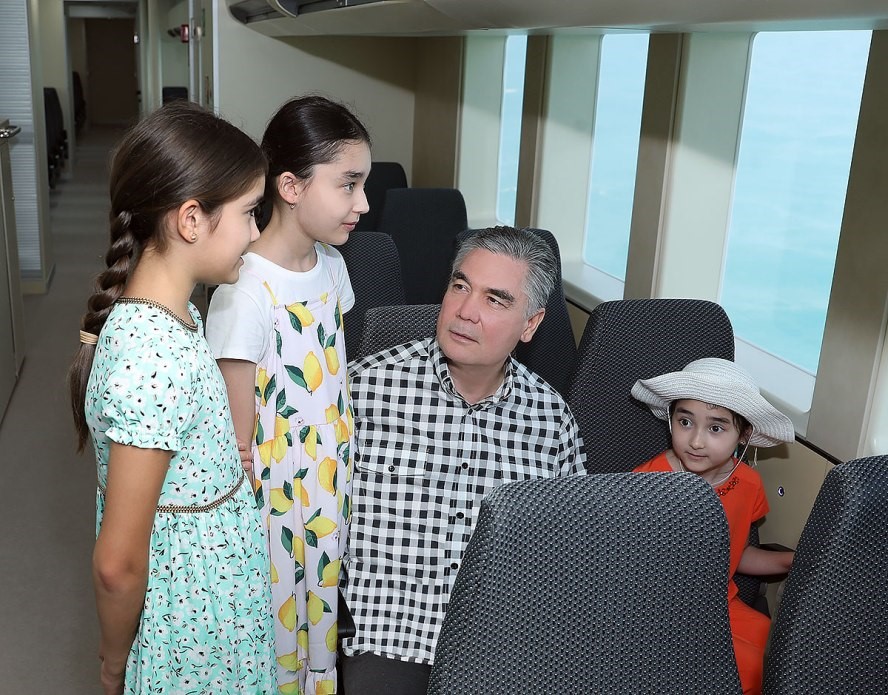 The same day the president visited the Awaza multipurpose sports complex where he talked with his associates about the development of the sports sector in the country. /// nCa, 2 August 2021