Polina Guryeva, the weightlifter from Turkmenistan won silver at the Tokyo Olympics on 27 July 2021. This is the first ever Olympic medal for Turkmenistan.

She participated in the under 59kg category.

Polina Guryeva is a student of the Turkmen State Institute of Physical Culture and Sports in Ashgabat. 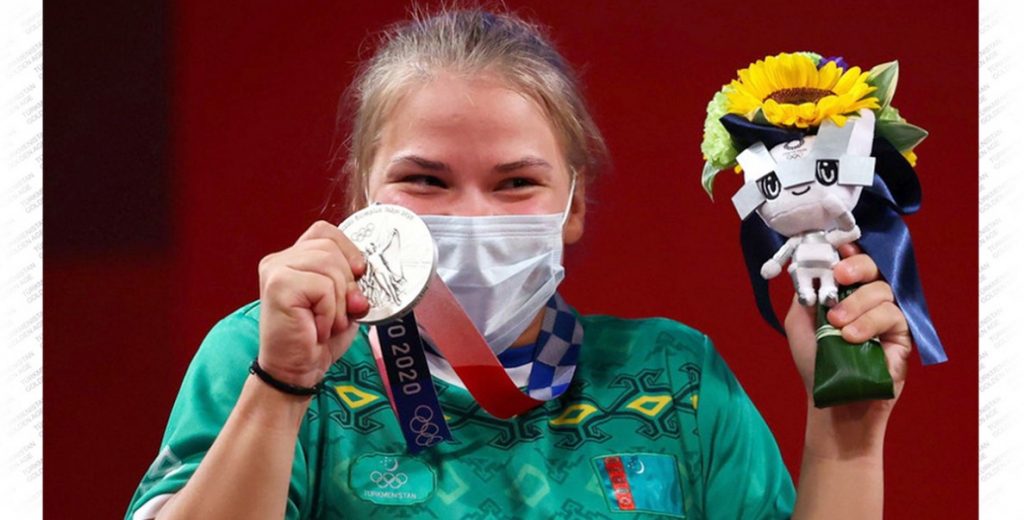 As reported by the media outlets, in the combined event, the Turkmen weightlifter with a record result of 217 kg (snatch – 96 kg, clean and jerk – 121 kg) was 3 kg ahead of the Japanese representative Mikiko Ando, ​​who took the third place (snatch – 94 kg, clean and jerk – 120 kg). The four-time world champion, holder of 12 world records Kuo Xing-Chzhun (Taiwan) excelled in this weight category with three Olympic records in the snatch (103 kg), clean and jerk (133 kg) and the total (236 kg). 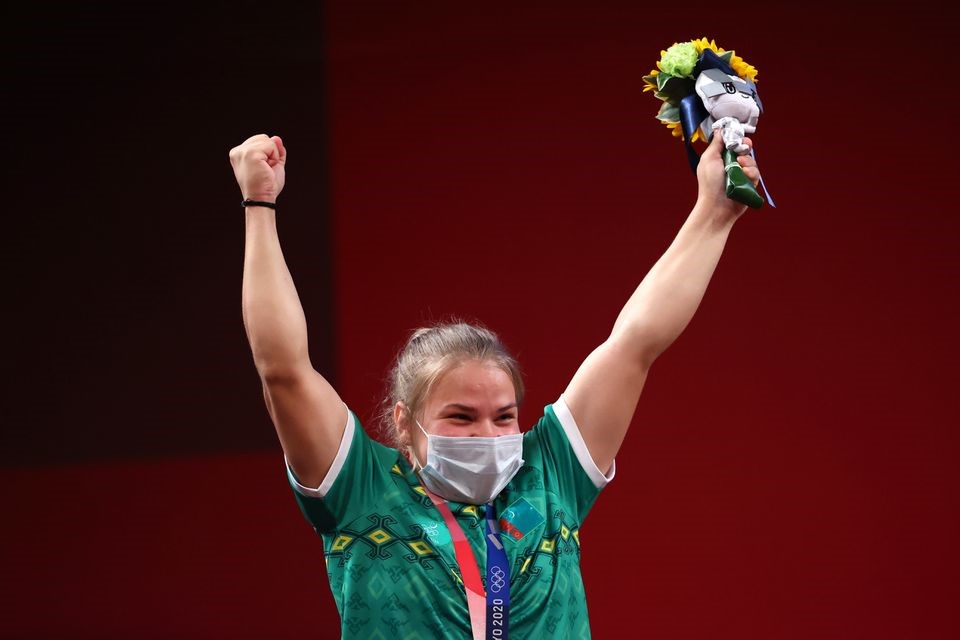 In the footage aired by the Watan news show of Turkmenistan, Polina Guryeva said, “I thank the esteemed President of Turkmenistan for creating such conditions for sports. I dedicate this medal to our President, and the Turkmen people in honor of the 30th anniversary of the independence of Turkmenistan.”

Polina Guryeva, 21, has been active in sports since 2011. She initially trained under the guidance of Akhmed Sariyev and won a gold medal at the IV Solidarity Games of Islamic Countries held in 2017 in Baku.

Her current trainer is the head coach of the national team Artur Emiryan. 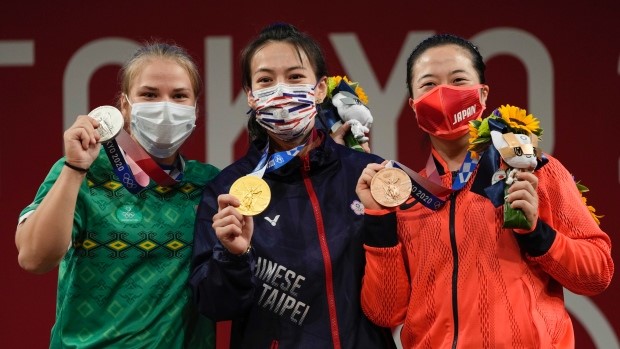 Polina was confident of winning a medal even before departing for Tokyo. She told her mother, Svetlana Guryeva, “Mom, I won’t come without a medal! The medal will be mine!” /// nCa, 28 July 2021 (pictures credit TDH, Reuters, Getty Images)