You are here: Home / Articles And Reports / Why Should We Fight Against FETO Resolutely? 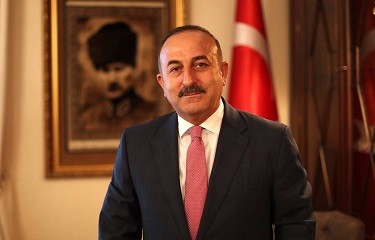 Mevlüt Çavuşoğlu, Foreign Minister of the Republic of Turkey

The international community frequently expresses its condemnation of terrorism in all its forms and manifestations and its determination to fight terrorism. This is an appropriate attitude, as terrorism remains a major threat to the common security, well-being, values and prospects for a brighter future of all humanity.

The phenomenon of terrorism has undergone a transformation in recent years. In the process, as the aims and means of terrorist organizations have expanded, their actions have taken on new dimensions. Terrorist organizations are trying to adapt themselves to social, economic and technological developments and a rapidly evolving international environment. Some of the terrorist groups are not clearly visible and are hidden behind a slyly designed propaganda tool. This case also requires a review of our global counterterrorism strategy. The effective fight against terrorism requires a comprehensive perception and awareness on the next generation terrorist organizations, as well as a new perspective and a strong political will that the international community should demonstrate in this direction.

It is time to break down stereotypes by reviewing our established assumptions in the face of the new threat of terrorism. A new type of terrorist organization, namely the Fetullahist Terrorist Organization (FETO) and Turkey’s struggle against it are a striking example in this regard.

Turkey faced a brutal coup attempt by FETO on 15 July 2016. FETO, a secret terrorist organization that infiltrated state bodies, attempted to destroy democracy and overthrow the democratically elected government by force. On that black night, as a result of the terrorist acts of FETO 251 of our citizens were killed and more than 2,000 citizens injured. State institutions, especially our Parliament and the Presidency, where the free will of the nation is embodied, were assaulted by heavy weaponry including attacks by tanks, military aircraft and helicopters.

How could FETO members be so cruel to the Turkish nation that night? How did they become so hostile to the elected government and the legitimate constitutional order? Our answers to these questions may contain clues about the emergence and structure of this very dangerous group that is active in an effective manner in a number of countries.

Members of this insidious organization were subjected to ideological indoctrination and brainwashing in Turkey and various other countries through the abuse of the most sacred national and spiritual values, mostly in so-called educational institutions in the form of schools, language centers or dormitories. Their worldviews have also been shaped on a myth of fabricated wisdom built around the ringleader Fethullah Gulen, who has been declared the so-called ‘imam of the universe’. The distorted hierarchy within FETO obliges his orders to be seen as absolute facts and cannot be questioned even if they are contrary to democratic values and human rights. FETO brainwashed young people to such an extent that they eventually became alienated to their friends, even their families, in order to secure their full obedience. FETO coup plotters, like remote-controlled robots, did not hesitate to point guns at their colleagues and comrades in arms to slaughter them on the night of July 15, once they received FETO’s instructions.

FETO affiliated individuals are also able to hide by taking on different identities in the society in which they live. The organization has specifically targeted the civil, military and security bureaucracy. The ultimate goal of all this is to take over the institutions of the state.

Turkey’s experience before the coup attempt is full of examples of illegal methods that the FETO can resort to in order to advance its agenda. These include blackmailing politicians and bureaucrats, resorting to large-scale systematic deceptions in central examinations to place their members in state institutions, manipulation, making fictitious claims to initiate judicial proceedings against their opponents, and taking advantage of the media, business, school and NGO networks they own for this purpose.

The first target of the FETO is obviously the Republic of Turkey. For this reason, they are engaged in a systematic black propaganda activity aimed at directing international public opinion against Turkey. However, I would like to share the following friendly advice: it would be a grave misconception to think that FETO is only a threat to Turkey. There is no doubt that the legal investigations to be launched in the countries where FETO has placed itself will expose many illegal activities ranging from financial corruption to fraud in visa and asylum applications. It’s high time that these countries take this step.

My message is clear. We have to act together and with the same determination against all terrorist organizations, regardless of their forms, including FETO. No compromise can be made to those who commit acts of terrorism. As in the case of FETO, we must defend democracy and freedoms, taking into account the hidden face of terrorism. We owe it to our citizens, to the victims of terrorism and to future generations. /// nCa, 16 July 2021 (in cooperation with Embassy of Turkey in Turkmenistan)