You are here: Home / Articles And Reports / This is ill-conceived Cold War – B3W has sinister connotations 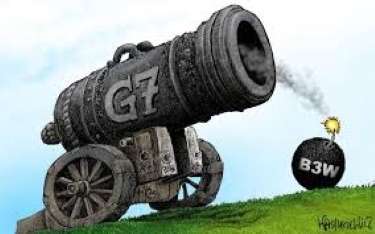 A man is judged by his deeds, not his words. —– It is a universally accepted yardstick and it holds true when judging not just the individuals but also the countries and nations.

The G7 (actually C7 i.e. Colonials-7) came up with the term B3W in their recent seaside summit. It has sinister connotations.

The B3W (Build Back Better World) is an accusatory finger pointed at China and its unbelievably massive drive to create or upgrade infrastructure in every country that cannot do it on its own.

The colonial mindset is stamped on this B3W mantra just like the blue stamp on the hind quarters of the animal earmarked for slaughter.

Let’s compare China with its BRI and the USA with its many wars. It will help us see who has been building a better world for the last few decades. 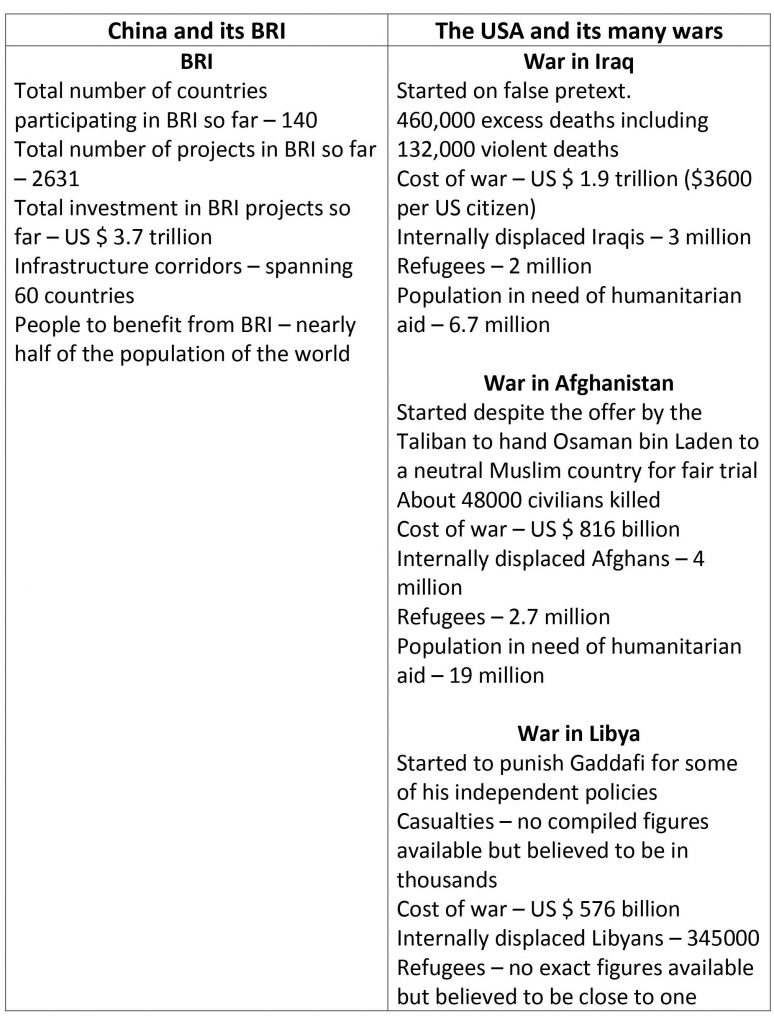 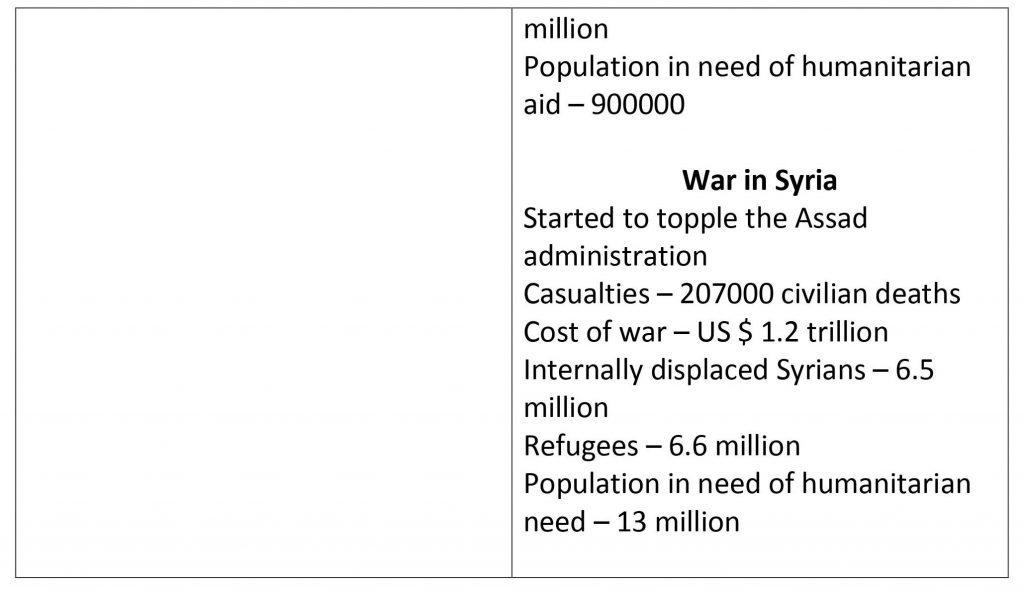 The figures given here are approximation. The purpose is not to attach a definitive tag but to give an idea of the enormity.

There was a time when B3W, in its packing of fancy rhetoric, could have been sold to the world easily.

Unfortunately, that time has passed.

The world has picked the bad habit of scrutinizing the present rhetoric on the basis of past actions. When the world looks at the rhetoric of B3W of the G7 in the backdrop of their continuing enthusiasm for wars on weak countries and their passions for sanctions, there are understandably no buyers for this B3W thing.

However, that doesn’t deter the USA and its G7 cohorts.

By leaving Afghanistan in a bloody mess, the USA and its allies-in-war have triggered their first project under B3W.

What was the proudest creation of the Americans in Afghanistan? The Afghan army? The army that is surrendering wholesale?

There are credible reports that a number of measures have been taken including the bolstering of ISIS to trigger a civil war in Afghanistan. This is the American idea of building back a better world.

The USA spent 20 years making mincemeat of a country and now it is suddenly the responsibility of the regional countries to clean this mess.

One shudders to think what else would be unleashed on the world under the promise of B3W.

It is entirely permissible to say that B3W has sinister connotation.

It would be futile to expect sanity in decision-making from the USA. Nevertheless, we hope that some of its allies would look at their moral compass to see whether they are going in the right direction. /// nCa, 14 July 2021