You are here: Home / Articles And Reports / The states of Central Asia will continue rendering assistance to Afghanistan in cooperation with the UN

Today, on July 7, a Ministerial meeting on the Afghan issues was held with the participation of the heads of external policy agencies of the countries of Central Asia through videoconferencing. The organizers of the dialogue were the Ministry of Foreign Affairs of Turkmenistan, the Ministry of Foreign Affairs of the Islamic Republic of Afghanistan and the UN Regional Center for Preventive Diplomacy for Central Asia. 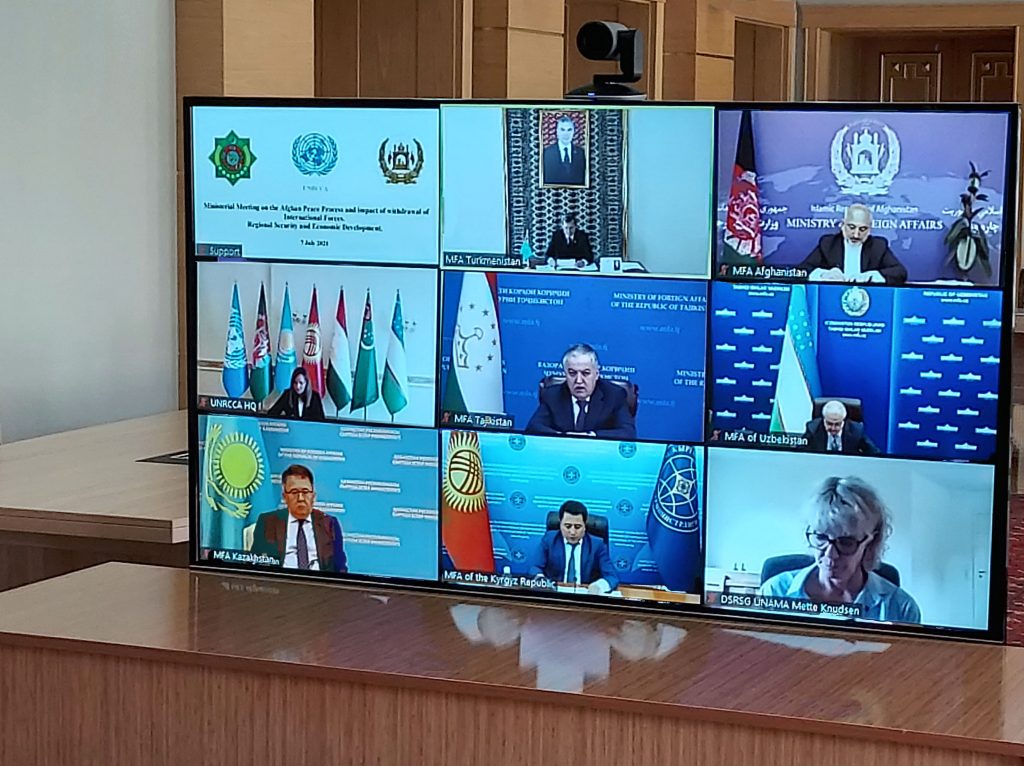 During the meeting, the participants discussed the regional cooperation, advancement of the peace process in Afghanistan, security issues, as well as the economic development. A constructive exchange of views took place on current and future collaboration on these vectors.

In his speech, the Minister of Foreign Affairs of Turkmenistan Rashid Meredov stressed the importance of political and socio-economic support of the world community for the attainment of favorable development of the peace process in Afghanistan, the positive outcome of which is directly linked to the political, economic and social atmosphere in the region and beyond.

The role of the countries of the Central Asia, which together with Afghanistan form a single geo-political and geo-economic space, and are linked by centuries long history, culture and inter human relations was underlined. The head of the MFA of Turkmenistan added that Turkmenistan intends to render further support to socio-economic development of Afghanistan, including through the assistance of humanitarian scope.

The participants expressed their vision of the situation in the region and exchanged concrete proposals.

The Turkmen side has declared its intention to intensify the political and diplomatic efforts in the regional and international formats and expressed assuredness in the key role of the United Nation in the given process.  In this context, the role of the International Year of Peace and Trust was emphasized, the very name of which reflects the main mechanisms for establishing constructive ties between countries and people. ///nCa, 7 July 2021 (in cooperation with MFA Turkmenistan)