You are here: Home / Articles And Reports / World Drug Day 2021 in Turkmenistan

The International Day against Drug Abuse and Illicit Trafficking, or World Drug Day, is marked on 26 June every year, to strengthen action and cooperation in achieving the goal of a world free of drug abuse.

The theme of the World Drug Day 2021 is Share Facts On Drugs, Save Lives.

On June 25 2021, the UN Office on Drugs and Crime held a press conference in Ashgabat dedicated to the International Day against Drug Abuse and Illicit Trafficking.

The event turned a spotlight on the presentation of the new edition of the World Drug Report 2021, which provides a global review of the supply and demand for opiates, cannabis, amphetamine-type stimulants and new psychoactive substances (NPS), as well as their impact on health, taking into account the possible consequences of the Covid-19 pandemic.

According to a report published by the UNODC, about 275 million people worldwide used drugs over the past year, while more than 36 million people suffered from drug use disorders.

The Report further notes that in the last 24 years cannabis potency has more than quadrupled in parts of the world, even as the percentage of adolescents and youth who perceived the drug as harmful fell by as much as 40%, despite evidence that cannabis use is associated with a variety of health and other harms, especially among regular long-term users.

Moreover, most countries have reported a rise in the use of cannabis during the pandemic. In surveys of health professionals across 77 countries, 42% asserted that cannabis use had increased.

It is estimated that in 2020, more than 1,510,000 people in Central Asia and the South Caucasus used cannabis at least once. According to national reports, there were 39,000 registered drug users in Central Asia in 2020, 6% of them are women.

The so-called shadow Internet trade or “darknet” also contributes to the expansion of the global drug market. To date, the darknet drug sales are worth at least US $ 315 million. Although this is just a fraction of the overall drug sales, the trend is upwards with a four-fold growth in the period from 2011 to mid-2017 and from mid-2017 to 2020.

The dark web sales in Central Asia is also growing rapidly. In 2020, 1,103 sites distributing drugs and more than 5 thousand advertising links were blocked in Kazakhstan alone.

The new Report demonstrates that drug markets have swiftly resumed operations after the initial disruption at the onset of the pandemic; a surge that triggered or accelerated certain pre-existing dynamics of illicit trafficking in the global drug market. Among these are: increasingly larger shipments of illicit drugs, a rise in the frequency of overland and water-way routes used for trafficking, greater use of private planes for the purpose of drug trafficking, and an upsurge in the use of contactless methods to deliver drugs to end-consumers.

The number of emerging new psychoactive substances (NPS) on the world market fell from 163 in 2013 to 71 in 2019. In Central Asia, there is an increase in NPS and synthetic drugs on the illegal market, and only until August 2020, 119 NPS cases were detected in this subregion.

The Covid-19 pandemic forced drug traffickers to adapt to the new situation and use other options for delivering drugs to consumers (postal parcels and contactless delivery) in Central Asia, and due to the pandemic-caused lockdown and other restrictions, the rate of drug trafficking in Central Asian countries temporarily decreased.

Although the impact of COVID-19 on drug-related problems has not yet been fully studied, the analysis shows that the pandemic has led to growing economic challenges, that are likely to raise attractiveness of illicit drug cultivation for vulnerable rural communities.

The social consequences of the pandemic — the increase in inequality, poverty and mental disorders, especially among already vulnerable groups of the population – are factors that can push more people to use drugs.

The World Drug Report 2021 and other materials are available at: https://wdr.unodc.org/

The Covid-19 pandemic in the world has not affected the drug situation in Turkmenistan in any way, the border is under enhanced control, seizures have not increased, preventive activities continue, head of the Department of Law and International Relations of the Ministry of Internal Affairs of Turkmenistan Geldimyrat Haldurdiyev said at a press conference. 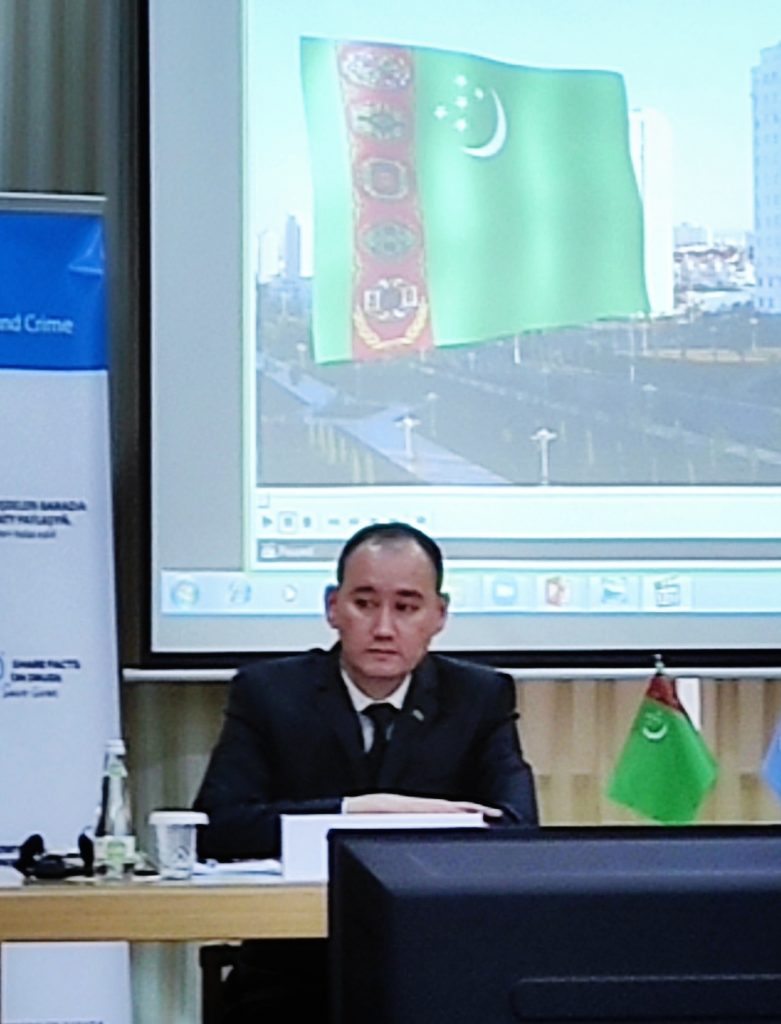 The countering drug trafficking during the pandemic in Turkmenistan has not been weakened in no way and is carried out in the established regime, he stressed.  In particular, preventive activities and strengthening of state borders with neighboring countries are being pursued.

A large-scale operation “Mak-2021” is underway in the country to identify the illegal cultivation areas, used for the production of drugs and psychotropic substances.

Temporarily suspended events within the framework of national, regional and global projects and programs of international organizations and UN agencies implemented in Turkmenistan have been resumed online, said Haldurdiyev.

According to him, in November 2021, Turkmenistan will host the 55th session of the UNODC Sub-Commission on Drug Trafficking and Related Matters in the Near and Middle East.

UNODC promotes “Share facts on drugs. Save lives” theme among children and adolescents within awareness raising campaign devoted to the World Drug Day

On 24 June 2021 UNODC Programme Office in Turkmenistan conducted an awareness raising campaign among children and adolescents devoted to the World Drug Day. This year’s theme is “Share facts on drugs. Save lives” which is aimed at combating false information and spreading knowledge about drugs, risks associated with drug use and its harm to health. 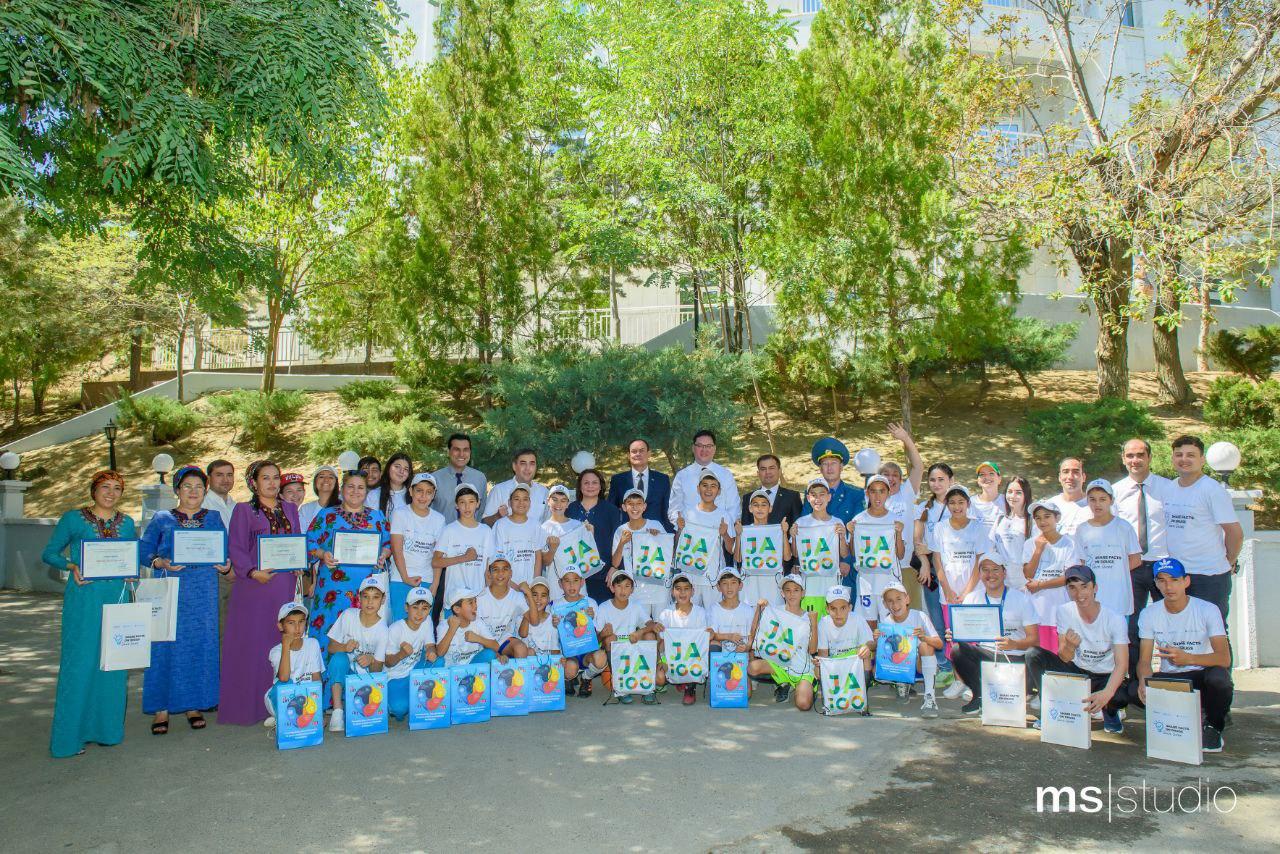 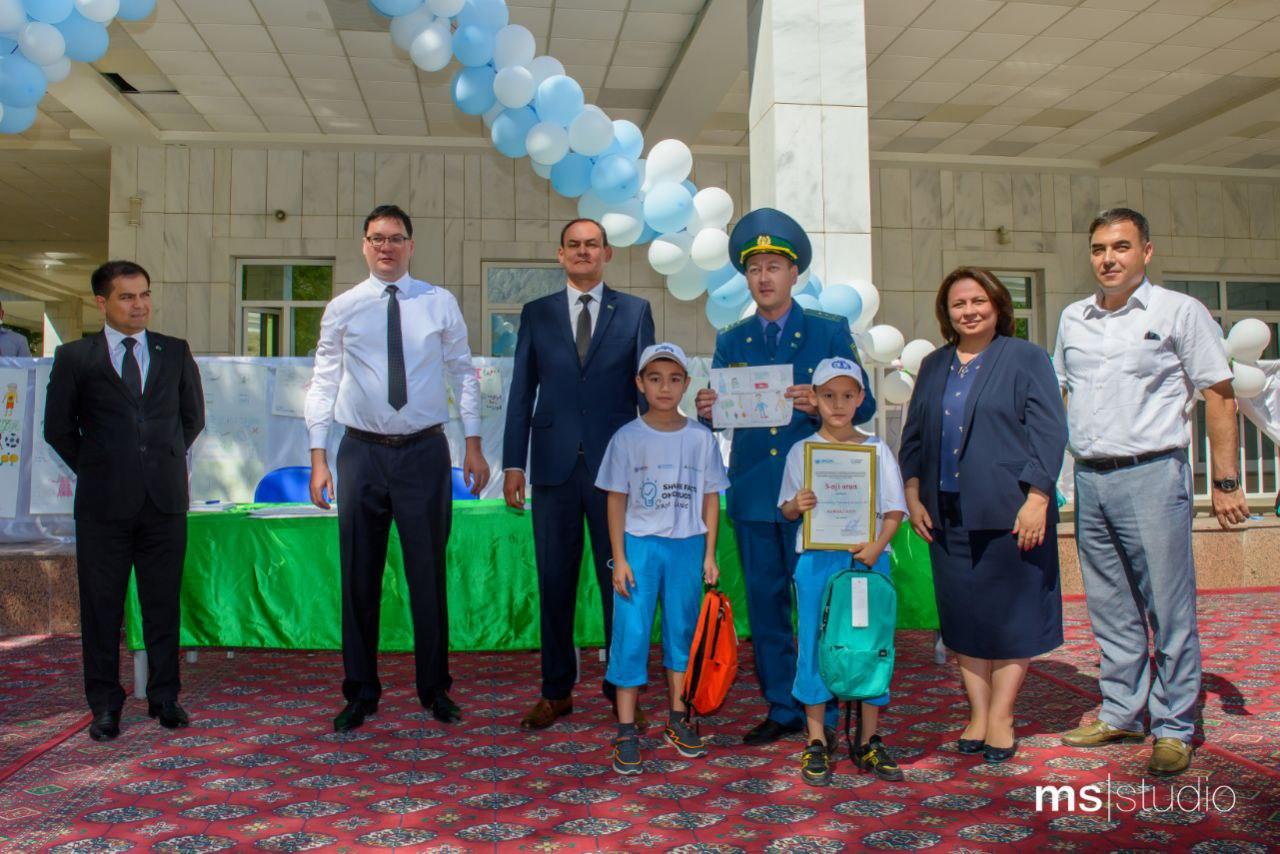 Mr. Batyr Geldiyev, Officer in Charge of UNODC Programme Office in Turkmenistan called everybody to follow the 2021 World Drug Day theme, noting that “UNODC invites everyone to contribute by taking a firm stand against disinformation and unreliable sources, while pledging to share only real science-based data on drugs and saving lives”.

Talking about the danger of drug use, Mr. Shohrat Abdullayev, Chief Narcologist of the Ministry of Health and Medical Industry, mentioned that “harmful habits are also considered to be a major condition for emergence of neuropsychiatric disorders and other non-infectious diseases, diseases of cardiovascular system, cirrhosis, different types of oncological sicknesses including the HIV, tuberculosis and chronic lung disease.” Advocating countering drug abuse, Mr. Batyr Berkeliyev, Officer of the Central Apparatus of the Ministry of Internal Affairs in his speech noted that “preventing and eradicating drug-related scourge is essential in ensuring the wellbeing of our people.” 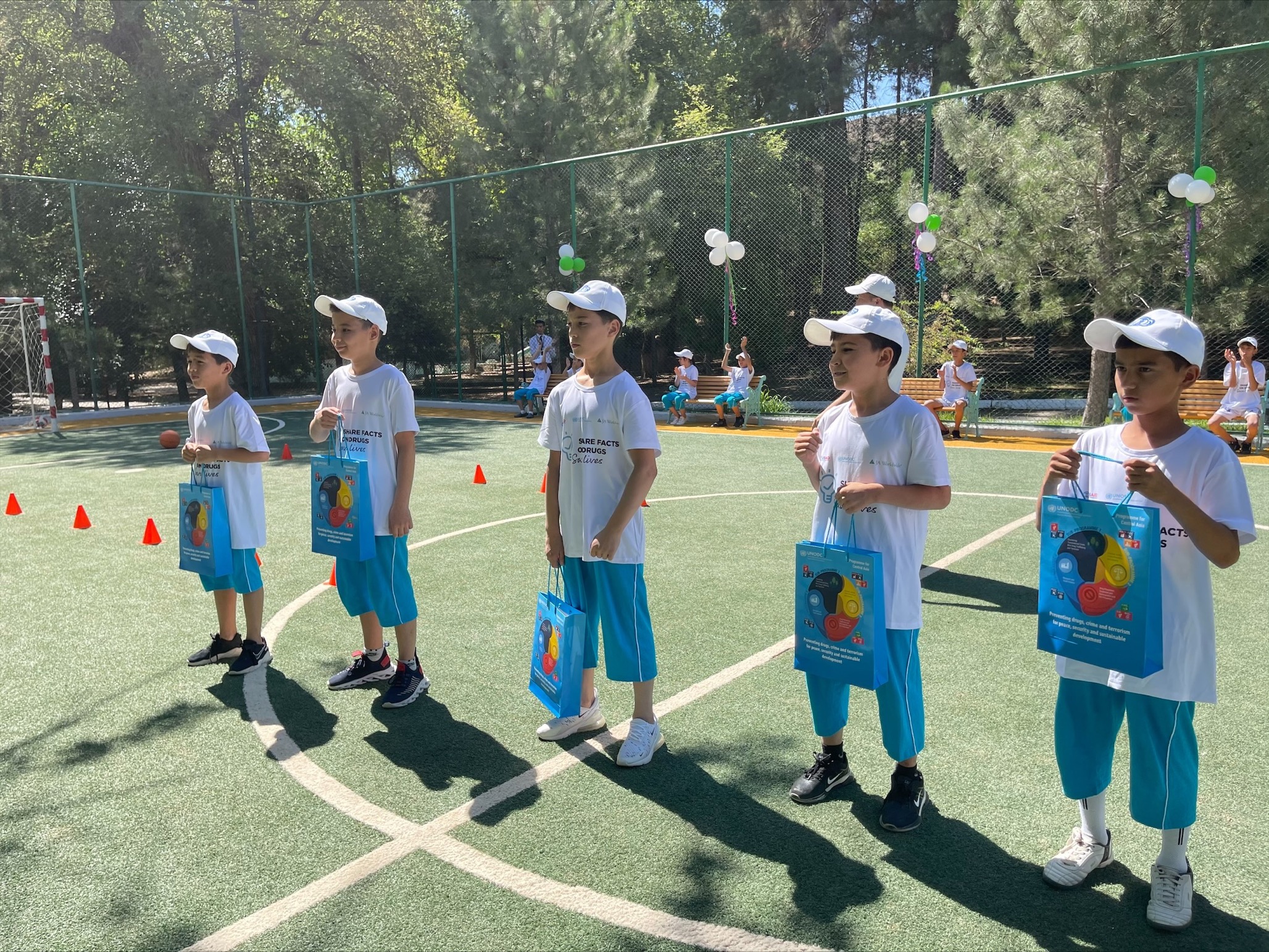 During the raising awareness campaign among the youth, a quiz on the harm of drug use, importance of giving up addictions and a healthy lifestyle was conducted. Children and adolescents took part in a painting contest, devoted to the World Drug Day theme “Share facts on drugs. Save lives” and healthy lifestyle. The images reflected children’s perception of the subject, focusing on physical activity and overcoming addictions. The winners of both contests were awarded with memorable prizes promoting healthy lifestyle.