You are here: Home / Articles And Reports / CIS Council of FMs meeting in Moscow: outcomes

The foreign ministers of the ten countries exchanged views on current international and regional issues and further promotion of joint approaches on key international platforms, such as UN, OSCE. They discussed the prospects for deepening multifaceted cooperation in the CIS format in the law enforcement, military, and economic spheres, as well as efforts to fight against the pandemic. 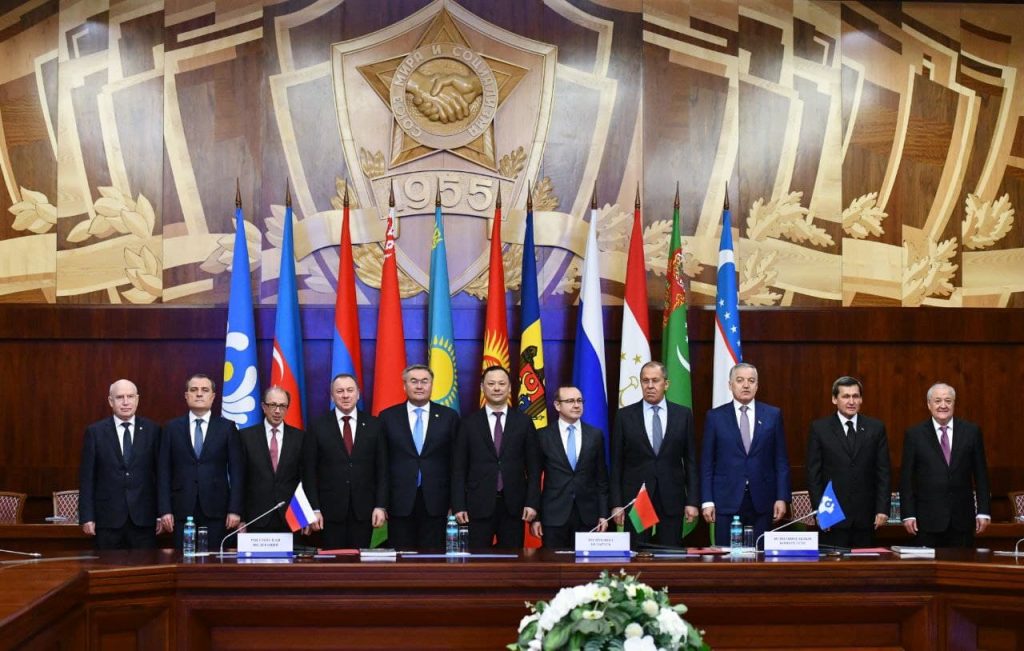 “From the point of view of foreign policy coordination, the main issue was the consideration of the implementation of the Action Program to Enhance Partnership between the Ministries of Foreign Affairs of the CIS member states. This three-year Program was adopted a year ago on the initiative of Turkmenistan. Everyone stressed the importance of this work for the future,” Russian foreign minister Sergei Lavrov said.

The parties also agreed to continue the practice of making joint statements. For example, in March, a Joint Statement on strengthening the role of international law was adopted. As Lavrov commented, this statement is relevant “in a situation when some Western countries are trying to erode international law and replace it with a certain “rules-based order”.

In his remarks, foreign minister of Turkmenistan Rashid Meredov outlined the vision of the Turkmenistan on ways to foster cooperation within the CIS. He underlined the importance of restoring international legal norms and the need to follow the UN Charter in interstate relations. 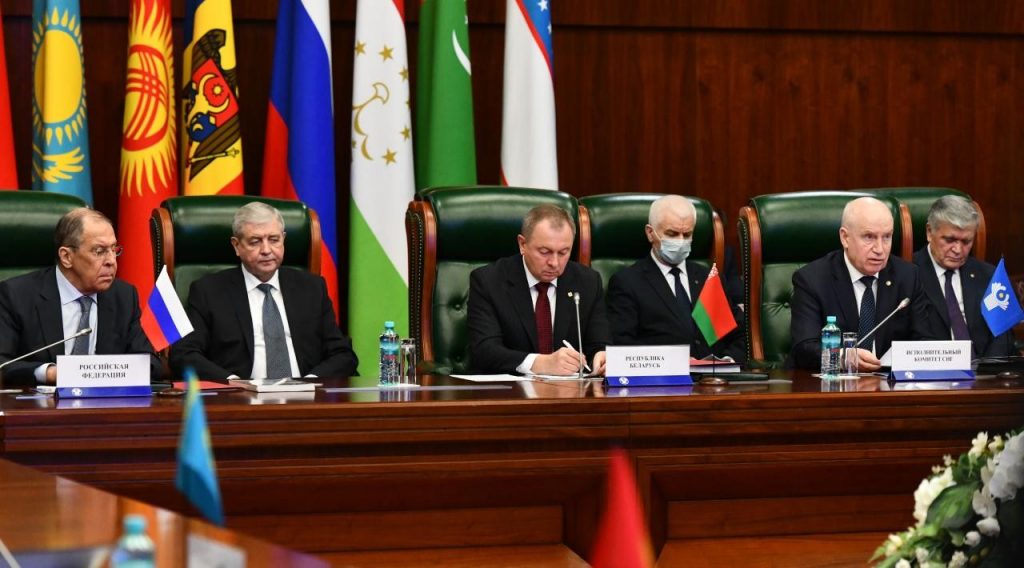 Meredov highlighted the timeliness and usefulness of the initiative of Turkmenistan to declare 2021 as the International Year of Peace and Trust, as fixed in the relevant Resolution of the UN General Assembly in 2019.

It was also noted that Turkmenistan is working on a Set of UN Rules on the effective implementation of the principles of neutrality in the settlement of international issues. This implies the use of the peacemaking tools of neutrality to prevent the escalation of conflicts, to create prerequisites for conflict resolving by peaceful, political and diplomatic means.

Meredov called for practical cooperation on this and a number of other issues of mutual interest.

An important topic of the Council meeting was humanitarian agenda, covering opportunities for youth exchanges, tourism, physical culture and sports.

The session adopted the Draft Address of the heads of the CIS member states to the peoples of the Commonwealth countries and the world community on occasion of the 80th anniversary of the beginning of the Great Patriotic War of 1941-1945, initiated by the Russian Federation, the draft Treaty on Countering the Laundering of Criminal Proceeds, the Financing of Terrorism and the Proliferation of Weapons of Mass Destruction, the decision “On the Action Plan for 2021-2023 for the implementation of the Strategy for the Development of Cooperation between the CIS member states in the field of physical culture and sports for 2021-2030”.

The Council of CIS foreign ministers approved two documents concerning cooperation in the field of geodesy, cartography, cadastre and remote sensing of the Earth and the creation of a basic organization in the field of operational and strategic training of officers of the armed forces.

Foreign Minister of Turkmenistan held a meeting with his Armenian counterpart 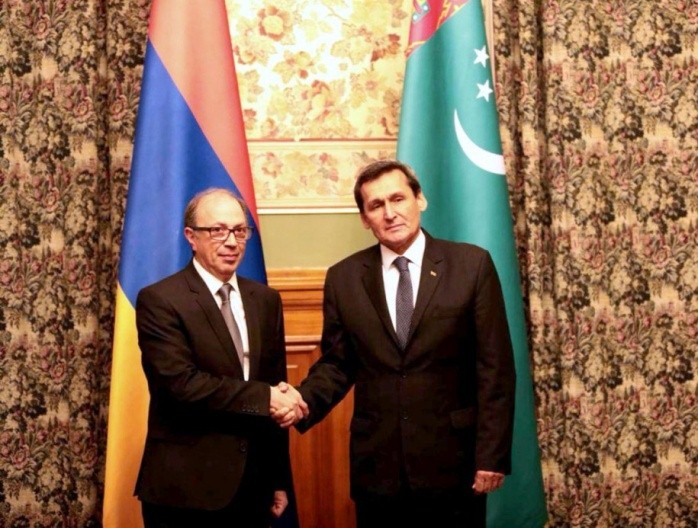 The Foreign Ministers discussed a wide range of issues on the bilateral agenda. A mutual desire to strengthen interstate relations was expressed. In this context, the importance of holding consultations between the Foreign Ministries of the two countries and their readiness to give them a regular character was especially emphasized.

Trade and economic, scientific and technical, cultural and humanitarian spheres were noted as priority areas of cooperation.

The parties highly appreciated the cooperation between the two countries within the framework of international structures. The interlocutors also exchanged views on a number of issues of interaction within the CIS.

A number of topical issues of the international and regional agenda were touched upon at the meeting. The importance of preserving historical monuments and cultural heritage important for the two peoples was emphasized. /// TDH, 2 Apr

Kazakhstan took part in the work of the CIS CFM

Moscow, April 2, 2021 – A delegation of the Republic of Kazakhstan headed by Deputy Prime Minister – Minister of Foreign Affairs Mukhtar Tleuberdi took part in the work of a regular meeting of the Council of Foreign Ministers of the Commonwealth of Independent States, which was held in the Russian capital under the chairmanship of the Republic of Belarus. 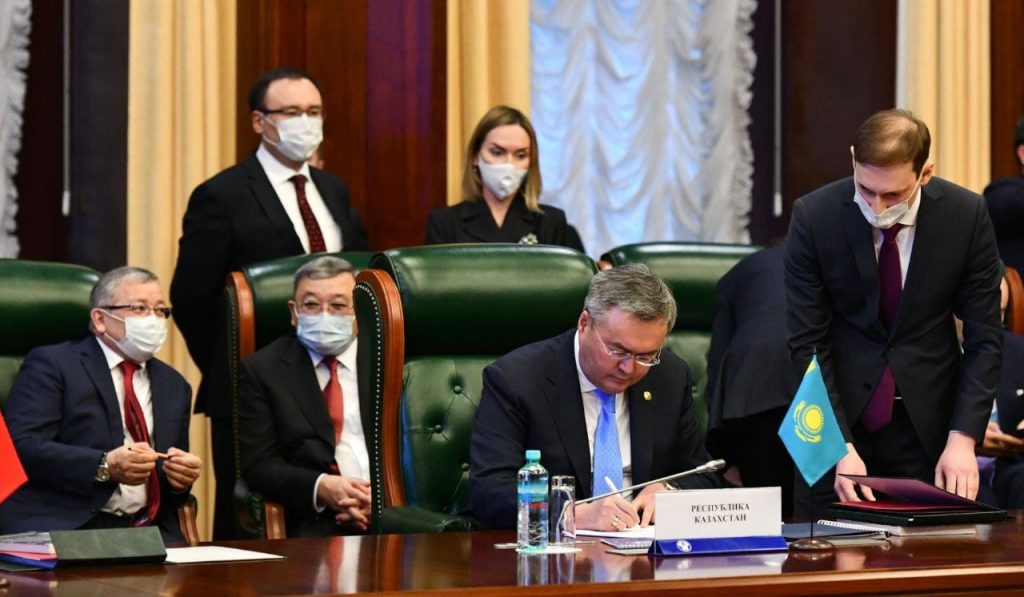 The heads of the foreign affairs agencies of the CIS countries discussed topical issues on the international agenda, including the problems of regional security, the state and prospects of cooperation in the economic, cultural and humanitarian spheres. We heard information on the interaction of the specialized departments of the foreign ministries of the Commonwealth states in 2020. 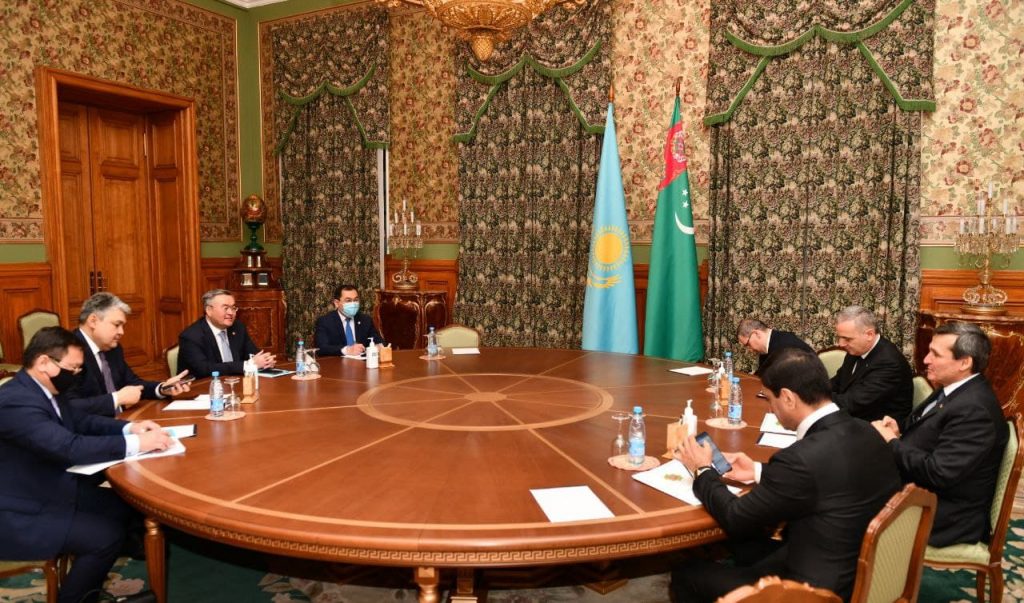 The meeting participants approved the documents providing for the expansion of multilateral cooperation in the field of security and law and order.

Pursuant to the decision of the Council of CIS Heads of Government, the Foreign Ministers approved short-term action plans to develop multifaceted cooperation in the field of physical culture and sports, as well as in the field of tourism and youth relations. The parties agreed on the draft Appeal of the heads of the CIS states to the peoples of the member states of the Commonwealth and the world community in connection with the 80th anniversary of the beginning of the Great Patriotic War of 1941-1945.

On the sidelines of the CIS CFM meeting, M. Tleuberdi held bilateral talks with Deputy Chairman of the Cabinet of Ministers – Minister of Foreign Affairs of Turkmenistan Rashid Meredov. The parties noted the high dynamics of Kazakh-Turkmen relations, and also discussed issues of preparation for the upcoming summit meetings with the participation of the heads of the two states. /// MFA Kazakhstan, 2 Apr

/// nCa, 5 April 2021 (based on materials of MFA Turkmenistan, MFA Russia, MFA Kazakhstan, and the CIS secretariat).